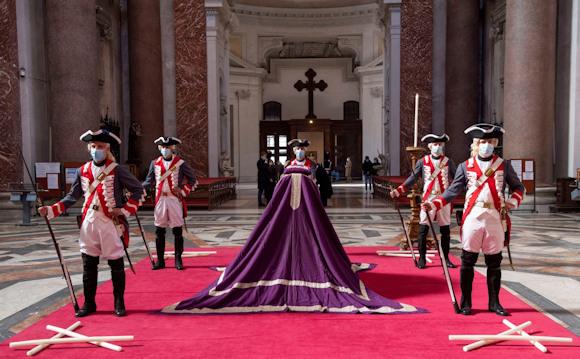 Yesterday morning, in the church of Santa Maria degli Angeli in Rome, the oldest military unit in Europe and the Italian Army, the "Grenadiers of Sardinia", honored for the 245th year the commitment made in 1776: to celebrate a mass in suffrage for Don Alberto Genovese, Duke of San Pietro on the anniversary of his death.

In order to comply with the measures for the containment of Covid 19, the ceremony was celebrated by maintaining the required interpersonal distances and without the traditional parade of troops from Viale Castro Pretorio to Piazza della Repubblica.

The ceremony was attended by political, military and civil authorities, including Army Chief of Staff, Army Corps General Salvatore Farina, the former Undersecretary of State for Defense, Hon. Domenico Rossi, the secretary of the Supreme Defense Council, general Rolando Mosca Moschini, the commander of the Southern Operational Forces, general of the army corps Giuseppenicola Tota, the commander of the local police of Rome Capital, dr. Ugo Angeloni, the commander of the “Granatieri di Sardegna” brigade, brigadier general Liberato Amadio, representatives of the Combat and Weapon Associations and Roman citizens. The presence of the direct descendants of Don Alberto Genovese is significant, demonstrating an attachment to a centuries-old tradition that has always seen them involved and close to the "Giants with the Alamari". 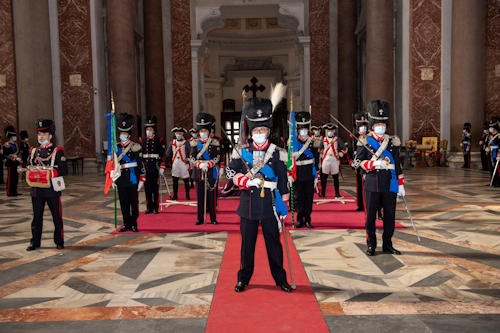 Patrizio Sardo, father of Alberto, on 10 July 1744, don Alberto Genovese set up the regiment of Sardinia in Cagliari, at his expense, with the aim of guaranteeing the safety of the settlers who had just landed on the island of San Pietro, overlooking the Sardinian coasts. In 1776, his son donated 120.000 old Piedmontese lire to the regiment, fixing the use of their income in a special “testamentary” inscription for the establishment and subsequent maintenance of regimental music, as well as to help the widows of fallen soldiers. He also arranged for the following to be celebrated: "Perpetually ... anniversary in suffrage and in memory of it, Mr. Duca Alberto, on the anniversary day of his death". The will of the Duke of San Pietro to place the soldier and his family at the center of his will are still a priority of the Army today.

The "Grenadiers" are a specialty of the Infantry of the Italian Army, they participate and compete in the main international missions in which the Armed Force is engaged. Today, the men and women of this Corps are involved with the command of the "Lazio and Abruzzo" grouping as part of the "Safe Roads" operation and provide, with the help of other Army departments, about 2.000 soldiers in support to the Police, ensuring a daily presence in the territory of the capital, in Lazio and in Abruzzo.

In addition to the many operational / training activities, there are the most important presidential services in the capital and high representation at the most important national institutions. Faithful to the traditions of valor and prestige, the "Grenadiers of Sardinia" have studded their three-century history with acts of heroism wherever they were ordered to fight. Depositaries of the oldest military tradition of the Army, from the distant 1659, passing through the national unity of 1861, for Rome and Italy there have been, there are and will always be!

The general of the army corps, Rosario Castellano, military commander of the capital, handed over to the mayor of ...
227
Read

In the training area of ​​Carpegna, units of the 11th Bersaglieri Regiment of Orcenico Superiore (PN) carried out a ...
853
Read

The exercise in the mountain environment of the STINGER units of the 17th anti-aircraft artillery regiment ended "...
453
Read

The training activity aimed at maintaining the combat capacity of the nuclei was concluded in recent days ...
588
Read 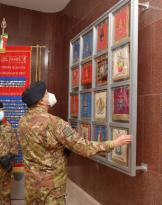