148th anniversary of the establishment of the Alpine Army troops 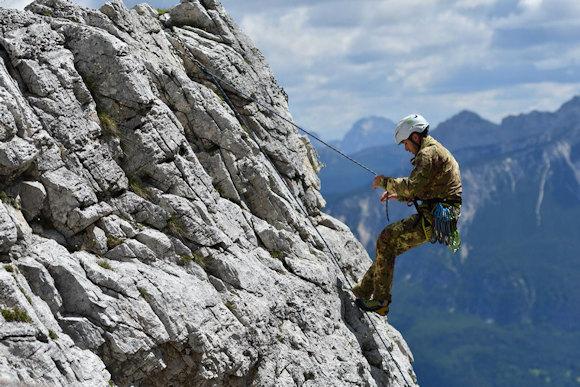 Established in 1872 as a specialty of the infantry to guarantee the defense of mountain borders, the Alpine troops were born 148 years ago from an intuition of the captain of staff Giuseppe Domenico Perrucchetti passionate about the mountains, a scholar of military operations in alpine areas, who in a paper supported demonstrated the concept that the defense of the first time (coverage) of the Alpine border, should be entrusted to principals of soldiers born in the mountains, familiar with the places since their early youth and certainly well motivated in case they had to actually defend their loved ones and their goods .

Although born to fight on the glaciers and on the high peaks of the Alps, the Alpine troops had the "baptism of fire" on the scorching African fields, in the countryside of Eritrea in 1887 and 1896, where they showed their value and their qualities as proud soldiers in the unfortunate battle of Adua on 1 March 1896, on the Amba Rajo, and where the 1st Alpine Alpine Battalion of Africa, commanded by Lieutenant Colonel Davide Menini, immolated himself on the spot together with many gunners. Of its 954 Alpini, only 92 survived. 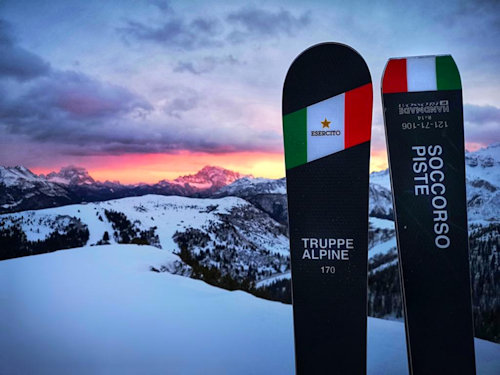 Throughout history, the Alpine troops have always demonstrated their steadfast character, versatility of use, deep determination and admirable spirit of sacrifice, forged between the peaks of our mountains, offering exhilarating tests of courage, generosity and self-denial, especially in those conflicts where the terrain and climatic conditions were difficult obstacles.

Vertical movement - “verticality” - is the constitutive basis of the Alpine troops that have always operated in the mountains, not only on the national territory. Attending a severe environment such as that of the Dolomite sceneries allows, even today, to perfect the technical, physical and moral preparation of professionals who are called to work daily in Italy and abroad.

Today's Alpine troops are an integral part of the mountain safety system that has in the meteomont service, in the piste rescue and above all in the Military Alpine Rescue Teams (SSAM) a valid reference element for the civil protection system to which the Alpine regiments have very often contributed in recent emergencies.

On this day in which their historical epic is remembered, a source of strong pride and cohesion, may all the "Black Feathers" of yesterday and today reach the wish and gratitude for the constant and profound commitment in favor of the homeland.

Inside the Court of Honor of the Military Academy and in the presence of the commander for training, ...
67
Read

The Cavalry of the Italian Army originates from the Savoy cavalry in which the first regiments of order "...
99
Read

The 5th Engineers Regiment, unit stationed in Macomer framed in the Sassari brigade, which has its origins in the ...
181
Read

The detachment of the Sassari brigade concluded an intense training period of about four weeks carried out ...
416
Read

A few days ago, in the training area of ​​the "Montezemolo" Barracks in Castel Maggiore (BO), the ...
257
Read

The "Dragon 2020", a fire training activity, ended in the Candelo Massazza shooting range, in the province of Biella ...
480
Read

With the deposition of a laurel wreath at the monuments dedicated to the memory of the fallen in their units, the ...
879
Read