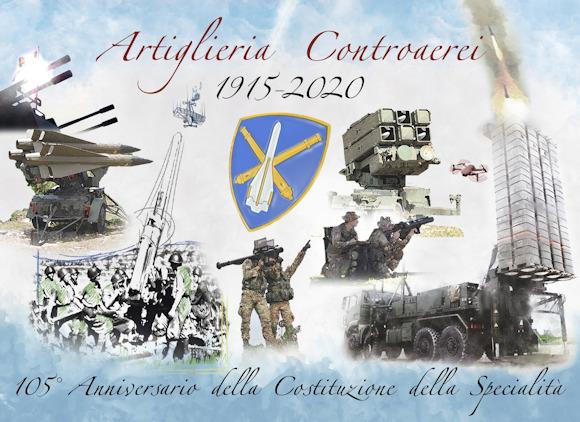 The ceremony for the commemoration of the 105th anniversary of the establishment of the first department of the anti-aircraft specialty of the Italian Army took place last Friday at the "Santa Barbara" barracks in Sabaudia, headquarters of the Anti-aircraft Artillery Command.

On 10 January 1915 the Army - Navy joint commission for the study of materials intended for shooting against airships, chaired by the major general Alfeo Clavarino (first commander of the Anti-aircraft Artillery), decreed the establishment in Nettuno of the first anti-aircraft Department, with material self-reported previously acquired for experimentation.

The department, consisting of 4 sections for a total of about 140 men including officers, non-commissioned officers, troop soldiers and civilians, as well as 60 horses, was entrusted to Captain Augusto de Pignier with technical-training tasks and the formation of anti-aircraft sections from use both in field operations and in the protection of cities and production plants.

Remembering the events of the past and commemorating the fundamental moments in the history of the specialty contributes effectively to consolidating the spirit of the body, for sharing the values ​​of theBe a soldier and to face the new challenges that the anti-aircraft artillery will have to face in the medium and long term.

It took place on Saturday 22 February at the Fausto Pesci airport in Bologna, home of the 2nd support regiment of the ...
70
Read

At the end of the general audience held this morning at the Nervi Hall in the Vatican, Pope Francis met ...
211
Read

As part of the programming of the training activities of the employees of the Tactical Training Centers, in the ...
387
Read

The first 2 Army RH-206C helicopters, intended for the training of the pilots of the Specialty, landed ...
997
Read 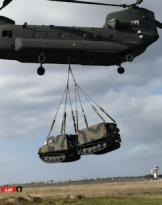 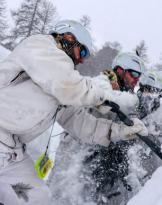