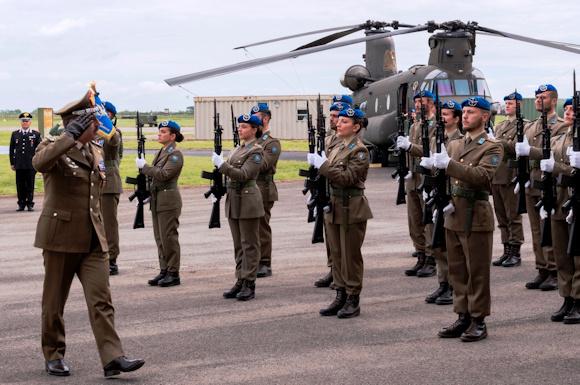 The sixty-eighth anniversary of the creation of the specialty was celebrated at the Fabbri airport of Viterbo, headquarters of the AvEs Brigade (Army Aviation), which, as its commander defined, Brigadier General Paolo Riccò, it is an armed force in armed force.

The need for the Italian Army to have a reconnaissance service and acquisition of targets from above (UAVs did not yet exist), led in the 1951 to the creation of Army Light Aviation (ALE), equipped at the time with the small Piper L-19.

The following year, the Augusta company obtained a license from the United States for the mass production of Bell 47 helicopters, called AB-47.

At first the first versions saw a cabin a bubble and the exposed tail and tubular beam, subsequently, thanks to the increase in engine power, was given a new structure to the cabin and the tail beam was coated, Another important year for the Army Aviation was the 1963 when the Bell 204 entered service, a machine of a superior category, equipped with a turbine engine.

It was these helicopters that were the first to be deployed abroad, in the 1978, as part of the UNIFIL mission in Lebanon.

Since then there have been twenty years of missions in the various international crisis theaters, which have seen Army Air Force aircraft perform an innumerable range of activities: from reconnaissance to transport, from the insertion of special forces to suppression fire , to the evacuation MEDEVAC. 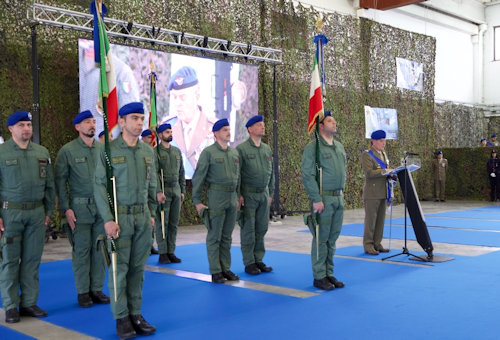 During the ceremony, General Riccò spoke about the ongoing commitment of the women and men of the AvEs to support the Italian population hit by natural disasters and the participation, at the request of the various Prefectures, in the operation roads secure.

Despite this commitment, the Army aircraft continued to fly over the skies of Iraq (the only European asset in the theater capable of performing missions of Personal Recovery) and Afghanistan. However, the commander did not fail to highlight the scarce funding that affects the specialty, therefore having to compare daily with a chronic rationalization of resources, while maintaining an operational readiness H24.

Without forgetting the 116 Basque blue fallen in the mission and in the rescue operations on the national territory since the foundation of the specialty.

Subsequently the Chief of Staff of the General Army Farina took the floor and he did not fail to underline - in contrast with the usual political rhetoric of the dual use - the importance of acquiring increasingly sophisticated machines and armaments (he announced that three prototypes of the new attack helicopter will be ready by the 2025, which will replace the Mongoose, AW-249, to then acquire other 45), as missiles stand-off new generation, capable of hitting enemy forces at a great distance, even before it deploys to attack. 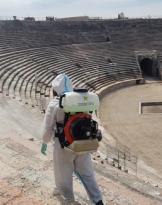 It took place in recent days, by the disinfectants of the command of the Land Operations Support Forces, the ...
113
Read 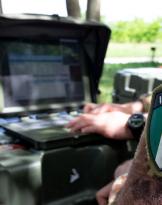 At the "Lesa" barracks in Remanzacco (UD), two training courses dedicated to ...
411
Read 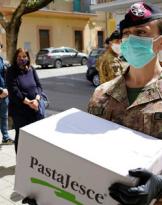 The military of the 7th regiment of Altamura, in full synergy with the local reality, donated first-rate food and goods ...
65
Read 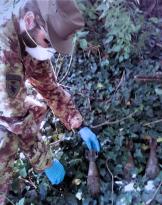 A team of bomb squads from the 32nd Genius Regiment Gunsmith intervened in Albugnano to clear three bombs from ...
152
Read If on the one hand the coronavirus continues to make social distancing necessary even in this "phase 2", from ...
69
Read 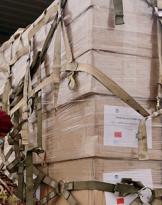 For over a month, staff from the "Folgore" logistics regiment have been on the front line in the fight against the COVID-19 virus ...
172
Read 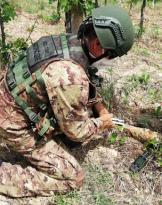 The Army continues the land reclamation activity from unexploded ordnance, a heavy legacy of the 2nd War ...
191
Read 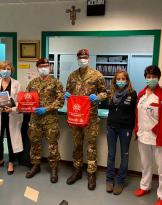 The solidarity initiative that saw the Yellow Devils of the 185th paratrooper artillery regiment "Folgore ...
253
Read 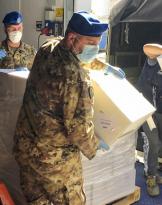 The Army's commitment to "Phase 2"

In the aftermath of the start of "Phase 2" of the health emergency, the helicopter and rotated structures of the brigade ...
114
Read 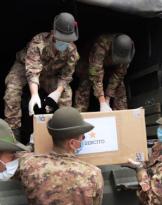 Spontaneous collection of foodstuffs among the engineers of the Taurinense

In Fossano these days the Alpine troops of the 32nd genius regiment of the Taurinense alpine brigade, in this ...
132
Read