Home News armed forces Our Story Srebrenica: in the heart of Europe! 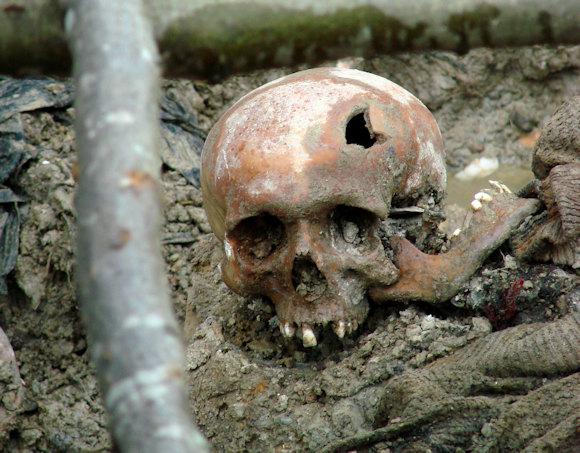 "Twenty five years later we give our tribute to the thousands of victims who were brutally killed and we promise to never forget them. We share the pain of the families, even those of whom not even the remains of their loved ones have yet been found and we reaffirm our solidarity with the survivors ".

I want to open this piece by quoting an excerpt from the video message, for the twenty-fifth anniversary of the Srebrenica massacre, by the UN secretary general, Antonio Guterres. This year, in the midst of a pandemic which is currently having its peak in the Balkans, the twenty-fifth anniversary of the events of Srebrenica occurs. Even in the midst of a pandemic, we must not and cannot fail to remember what happened twenty-five years ago. One of the largest ethnic cleansing operations since the Second World War began between 6 and 22 July 1995.

Let's go over the facts. After Tito's death, the Federal Socialist Republic of Yugoslavia saw the proliferation of independence movements within it. In 1991 the first two republics to declare themselves independent were Slovenia and Croatia, which faced an armed conflict with the Yugoslav army, at the end of which independence was sanctioned. But peace on the peninsula will not last long, on March 3, 1992 President Alija Izetbegović declares the independence of Bosnia and Herzegovina which is recognized by the USA and the EU. At this point hostilities begin with the Serbs and Croats who join forces to face the common Muslim enemy. Political protagonist of the conflict will be President Slobodan Milošević. For Milošević it will be a war of defense of the borders of Yugoslavia inherited from Tito, and of the same Serbian ethnicity threatened by other ethnic groups. 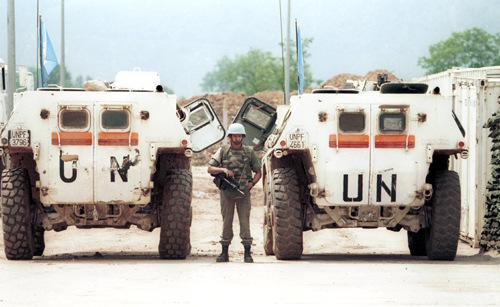 In response to the conflict, the international community issued United Nations Security Council Resolution no. 743 of February 21, 1992, which established a multinational peacekeeping military force - UNPROFOR, with the mandate to create the conditions of peace and security necessary to reach an overall solution to the Yugoslav crisis. UNPROFOR was active from February 1992 until March 1995 when it was changed to another type of force. In addition to the main mandate to UNPROFOR, further mandates were issued during the conflict including: the protection of Sarajevo airport from June 1992 (Resolution 758); since September 1992 protection for humanitarian aid throughout Bosnia and Herzegovina; and protection of civilian refugees when requested by the ICRC (Resolution 770); he was also given the mandate to monitor the "security zones" designated by the UN Security Council in Bihać, Sarajevo, Goražde, Žepa, Srebrenica and Tuzla. For this last mandate UNPROFOR was also authorized to resort to the use of force, to guarantee the protection of pink zones coordinating with the NATO air force.

Most of the Balkan conflicts have been characterized by numerous ethnic cleansing operations, but the one perpetrated meticulously and on a large scale is undoubtedly that of Srebrenica and Žepa.

The slaughter of Srebrenica was planned and perpetrated by the army of the Serbian Republic of Bosnia and Herzegovina, with the blame for failure to intervene by the UN troops of the Netherlands, stationed on the spot. The operation took place in the town of Srebrenica and in the surrounding areas, to the detriment of about 8000 Bosnian Muslims, all male. This happened despite the fact that the area had already been placed under the protection of the UN which established one pink zone, under protection of the Danish contingent of the UNPROFOR mission. 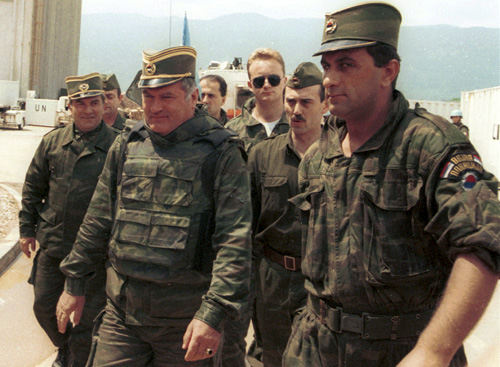 The operations were led by General Ratko Mladić, head of departments of the Army of the Serbian Republic of Bosnia and Herzegovina, with the support of the paramilitary groups called the Arkan tigers commanded by Željko Ražnatović and the scorpions.

The scorpions were a very controversial unit, at the beginning of the conflict they were a paramilitary group, later it will join as a Serbian special police force. The group was founded in 1991 by Jovica Stanišić, former head of the Serbian security services, and two brothers, Slobodan and Aleksandar Medić, who gave it its name inspired by their favorite weapon, led the unit. The scorpions were active from 1991 to 1999 and were employed in the battle of Vukovar (Croatia), in the siege of Srebrenica (Bosnia) and in the massacre of Podujevo (Kosovo).

At the trial in the Criminal Court for ex Yugoslavia, Medić called to testify on facts involving one of his former comrades, he said that the unit was initially formed to ensure the safety of the oil fields of Eastern Slavonia. He added that in 1996 it had become a reserve unit of the SAJ, the special counter-terrorism unit of the Serbian Public Security Service. These statements reinforce the argument that the paramilitaries were actually commanded and coordinated by the Milošević chain of command. Following the Srebrenica massacre there were no particular response operations by the UN forces, which later pushed NATO to abandon the dual organization.

During the events of Srebrenica the 600 UN blue helmets and the three Dutch companies Dutchbat they did not intervene. From official positions it emerges that the UN troops were scarcely armed and could not cope with Mladić's forces alone. As the Serbian troops approached the Srebrenica enclave, the Dutch colonel Karremans raised the alarm and asked for a support plane intervention on the 6th, 8th and 11th July 1995. The first two times the Dutch general Nicolai, refused to forward the request to the French general Janvier at the UN headquarters in Zagreb because the requests did not comply with the air intervention request procedures, as they were not yet real acts of war. 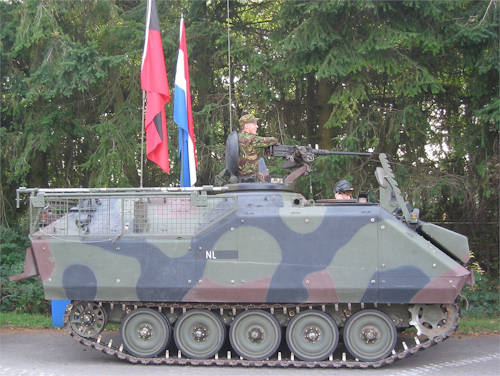 On 11 July, Serbian tanks entered the city, and Nicolaï received Karremans' first request for air intervention which he forwarded to Janvier, who refused. The second request of 11 July was accepted, but the F16 already in flight, waiting for hours for the green light for the attack, returned to refuel at the bases in Italy. During this time, the Serbian militias take control of the enclave and threatening the blue helmets by hand, they obtain the cancellation of the air attack. Meanwhile, some of the Dutch population and soldiers fled to take refuge in the UN military base in Potocari. For Mladić's overwhelming military superiority, blue helmets are forced to collaborate in the separation of men and women to try to keep the situation under control, but this will not happen.

Upon returning home, the Dutch blue helmets will be heavily criticized by the media. Following the events involving the Dutch contingent, the government in 1996 ordered an investigation to determine if there were responsibilities for its military, the same ended in April 2002, causing an avalanche of resignations from both government and military leaders.

The International Criminal Tribunal for the Former Yugoslavia (ICTY), set up at the United Nations, charged 21 people with genicide in Srebrenica, found most of them guilty. As for the involvement and complicity of the Serbian government in the genocide, it is not apparent from the procedural documents, as there is no evidence either of orders explicitly sent by Belgrade, nor of the intention to commit an act of genocide that had been submitted to the Belgrade authorities despite the recognition that Karadžić and Mladić depended on Belgrade. A further trial on the Srebrenica events began on August 21, 2006 at the International Criminal Court in The Hague, but the trial begins without the main defendants, namely Radovan Karadzic and Ratko Mladic, the two Bosnian Serbian political and military leaders, considered the creators of the massacre of Srebrenica. 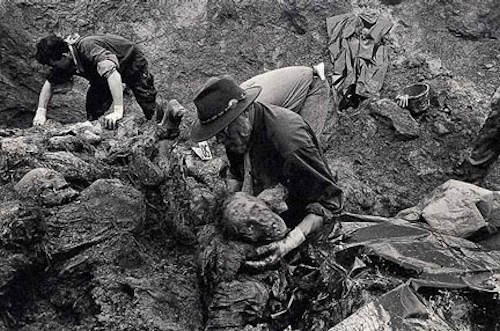 After the war, the process of identifying corpses buried in mass graves throughout the area proved to be a very complex operation. In Tuzla operates the Podrinje Identification Project, linked to Missing Persons Institute for Bosnia and Herzegovina, which since 1996 has been engaged in the difficult work of identifying mass graves, especially secondary ones. In order to carry out the identification, the forensic anthropologists had to proceed and still proceed with the profiling of DNA.

The International Commission for Missing Persons (ICMP) managed to identify 1995 human remains from 6598 onwards, comparing the DNA taken from the bone remains with the DNA of blood samples donated by relatives of the missing. Such forensic studies lead the ICMP to believe that a true estimate of the murdered people may be around 8.100.

In light of the events exposed, one can only be terrified of the massacre perpetrated in the modern era in the heart of Europe. Another necessary reflection is on the management of blue helmet operations under the UN auspices. Srebrenica has certainly made school with regard to the operational management of forces in the field, modifying the best practices to the peacekeepers. Surely the commanders at various levels employed in this type of operation will have to take into account what happened in the Balkans.

Each operational scenario hides critical issues in its own right, and for this the chain of command at each level will have to carefully evaluate the existing risks, but above all the evolutionary risk of the scenario where the contingents operate, so as never to repeat the past mistakes.

In the usual melancholy rearrangement of the correspondence of the past year, the eye fell on the file “...
3245
Read

In the autumn of 1940 the submarine Scirè was designated for the first attack mission against Gibraltar, ...
2037
Read

The story of the 18 seafarers of Mazara del Vallo, kidnapped by the Haftar coast guard last September 1st ...
4620
Read