The Guglielmo Marconi, or when Andreotti wanted to let Italy enter the nuclear club 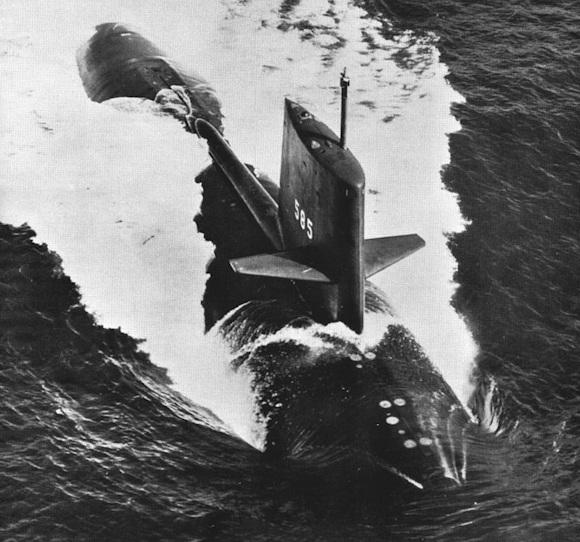 The 3 July of the 1959 the Honorable Giulio Andreotti, recently installed at Palazzo Baracchini (headquarters of the Ministry of Defense), explains to the Senate of the Italian Republic the program of investments aimed at the modernization of the Armed Forces.

In the Document referring to the Naval Law for the construction of new units, Andreotti announces that the Navy would have acquired - first in Europe - a nuclear-powered submarine of national conception.

At a time when the defense minister informed the parliamentary chamber of the boat project, called William Marconi (the second would have been christened Enrico Toti), the works - navigation systems, combat systems and communication devices - were already underway.

The 22 December 1962, during the launch, in Castellammare di Stabia, of the new missile cruiser Caio Duilio Minister Andreotti declares that: we wish to pursue as soon as possible, even that project which is not an ambition, is necessary, of the construction of an Italian nuclear submarine that will meet the aspirations of our Navy and will also represent a step forward towards that technical progress to which we all owe to cooperate.

However, precisely in the environments of our Navy, currents of thought strongly form hostile to the acquisition of nuclear submarines. The main concern concerns the possibility of being able to put in service only two units, due to the scarce financial resources, as well as the lack of a specific national doctrine for the employment of nuclear submarines, in the context of the needs of the fleet. Furthermore, there are strong doubts about the logistic structures that should support these units, which are completely non-existent and highly expensive. The Navy leaders appear to be highly skeptical about the possibility of developing a new class of nuclear-powered submarines.

Obviously such a program could not be born without the close cooperation of the United States. In fact, only Washington could provide the technology needed to design and develop nuclear boats. Therefore, a synergy not only of an industrial but above all a diplomatic kind is being established between the then US Secretary of Defense Robert McNamara and Giulio Andreotti (sharing not a few secret information). The latter, in September of the 1963, announced in Parliament that Italy is proceeding with its nuclear program of attack submarines.

Despite the strong opposition of the Navy leaders and the great difficulties in accessing technologies in the possession of the Americans, Andreotti continues on his way conscious of the military revolution brought by nuclear-powered submarines, and therefore of the pre-eminent role which, thanks to their any deployment, Italy could take over in the Mediterranean.

Precisely to counter this possibility, in the last part of the 1963, the action of contrasting the nations belonging to NATO begins, such as Great Britain and France, but also from the countries of the Scandinavian-Baltic area and obviously those that they face the Eastern Mediterranean, strongly interested in the fact that Italy does not become a regional power.

To restore peace among NATO allies, the United States makes use of the McMahon Act, a law that safeguards the application of American nuclear technologies by foreign countries. With this provision all possibility of development of the project ceases Marconi.

As if this were not enough, the Pentagon began to brand Italian insistence as part of a strategy aimed at restoring honor to the Navy, as if the acquisition of a nuclear submarine would contribute to "redeem the poor results" obtained in the last conflict.

However, we cannot even hide the fact that Washington little trusted the Italian Ally, the memory of 8 was still too fresh.

In the 1963, moreover, there is a significant improvement in relations between Rome and Moscow, together with the increasingly strong political representation of the PCI, whose fringes could always be transformed, in the event of a crisis between the two blocs, into pro-Soviet partisans. The American mistrust therefore appears not entirely unjustified, citing to the Italian armed forces a scarce combative capacity that, in extreme situations, could have led the political leadership to a reversal of the field.

Eventually Andreotti has to bow to the dictates of the Americans, while the French will soon begin to develop their nuclear program and then, in the 1966, they will leave NATO.

100 years ago, in 1920, the pilots Arturo Ferrarin and Guido Masiero, together with the engines Gino Cappannini and Roberto Maretto ...
737
Read

In his memoir, Admiral Andrew B. Cunningham - commander of the Mediterranean Fleet of the Royal Navy, ...
3497
Read

In these days the news, a little spread by the national media, of a group of teachers of the Marco Polo high school has been leaked ...
5783
Read

From this month we begin a long lasting collaboration with the founder of the YouTube channel “Il Bar di Roma ...
5697
Read