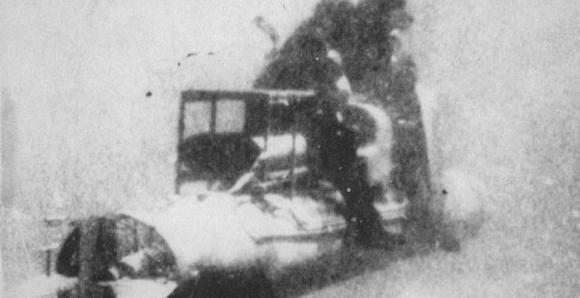 In the fall of 1940 the submarine Scirè is designated for the first attack mission against Gibraltar, designated BG1, using three Slow Running Torpedoes (SLC). Leaving from La Spezia on 24 September, the mission was interrupted due to the found absence of enemy units in port.

On the following 21 October the submarine, under the command of the lieutenant captain Borghese, took to the sea again, headed west, for operation BG2: this time the presence of the battleship in Gibraltar was confirmed Barham, a cruiser and some other units. The pairs of operators consisted of: Lieutenant Birindelli and second diver chief Paccagnini; captain GN Tesei and diving sergeant Pedretti; second lieutenant Durand de la Penne and second chief diver Bianchi; reserve operators, Lieutenant GN Bertozzi and second chief Viglioli. At 02.19 on 30 October the operators leave from Scirè aboard their own SLC, while the boat moves away underwater. It will resurface at 19 pm, 35 mg from Punta Europa, to transmit to the central command, supermarina, the communication of the completion of the mission. In the meantime, the operators had started the approach run: Birindelli had to attack the Barham, Tesei the cruiser, while De la Penne, carried out a first reconnaissance in search of other possible targets, should have also attacked the battleship. 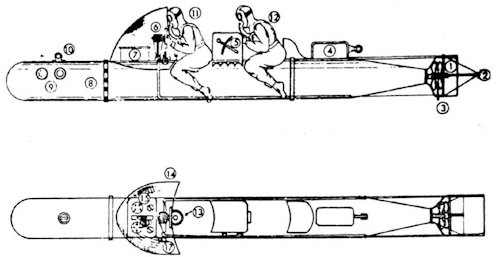 The Birindelli-Paccagnini couple immediately encountered various difficulties with the governability of the vehicle and, after an hour of effort, reached the obstructions: Birindelli, alone, due to the exhaustion of the Paccagnini breathing apparatus, reached 70 m from the Barham before the vehicle is permanently immobilized on the bottom. Once the explosive charge is triggered, the officer then reaches the dock trying to mix with the Spanish workers at work in the port. Captured, as well as Paccagnini, he manages to resist interrogations while keeping the secret on the mission accomplished.

The De la Penne-Bianchi couple carries out the planned reconnaissance but, due to damage, the craft sinks without being able, despite extreme efforts, to get close to a target. The two operators, having avoided the capture thanks to the help of some fishermen, subsequently reach the Spanish territory.

Tesei and Pedretti also accuse a series of failures in the self-contained breathing apparatus and the SLC, and in order not to damage the action of the other operators, they decide to give up. They too then manage to repair in Spain. The vehicle, directed towards the open sea to make it disappear on the high seas, will change course in some way and end up stranded on a Spanish beach, being removed from the attention of British informers thanks to the firm attitude of the Iberian authorities.

Despite the apparent failure of the mission, due to the material not yet developed, the BG2 operation marked a notable progress compared to the previous ones, since for the first time the insidious means had been put in the sea at the expected point, winning considerable natural difficulties and the defensive preparations of the enemy, and one of the crews had managed to penetrate the inside of the enemy base, arriving a few meters from his target.

Some time later, from far away, a letter from Lieutenant Gino Birindelli will arrive: "Tell my brother to repeat his graduation exams; trying and trying again he must succeed; preparing well, he will not find insuperable obstacles".

A prophecy that would soon come true. 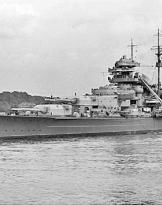 In May 1941, the United Kingdom and its dominions found themselves without allies, almost two years after the start of ...
3068
Read