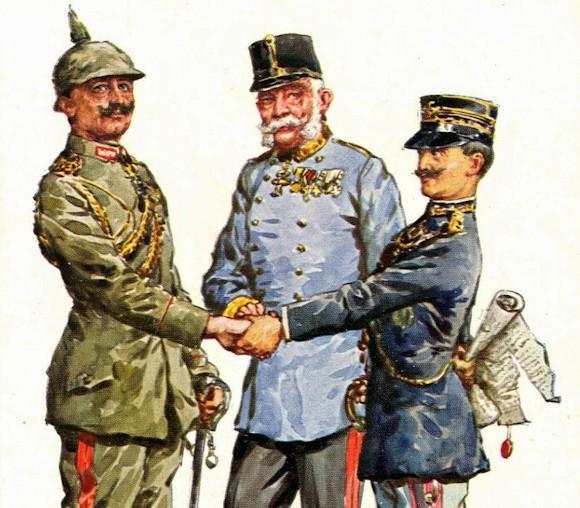 In Anglo-Saxon diplomatic and military circles, today again, makes a joke about the political line that the Italian State generally adopts in conflict situations: Italy never ends a war with those who begin it.

The 24 May 1915 the Kingdom of Italy entered the war alongside the Triple Entente against Austria-Hungary. The Italian decision was certainly not devoid of dramatic contrasts, which had seen as protagonists the Court, the Parliament and the public opinion of the time. The latter was divided into neutralists and interventionists, with these in turn divided between the faction favorable to the Central Powers and the one favoring entry into the war alongside France and its allies.

As is known, Italy had joined the Triple Alliance in the 1882 (renewed in the 1912) and therefore still formally linked it to its Austrian and German allies.

The adhesion of the young kingdom, to this pact, was to be placed in a precise geopolitical context in which France represented the main threat to the aims of power of Rome, while the Austrian Empire (reduced from the military point of view after the defeat suffered from Prussia in the 1866) remained trapped by the nascent German continental power.

The Treaty, however, spoke clearly: its clauses did not provide for the automatic entry into the war of a signatory Power in the case of an offensive war unleashed by the others and, in any case, preventive consultations between the Allies should have preceded any such eventuality. 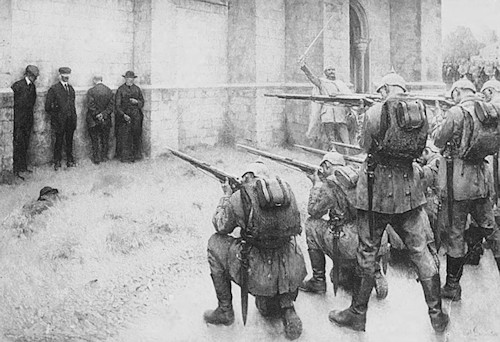 Germany had violated the neutrality of Belgium, attacking France and occupying its northern departments; after blocking the Russian advance in East Prussia with the decisive battles of Tannenberg and the Masurian Lakes (August-September 1914) it had gone on the offensive in Poland. Austria, on the other hand, had attacked Serbia, forcing its army to retreat to Albania to avoid annihilation.

Neither empire had bothered to warn the Kingdom of Italy of its strategic plans in good time, not even giving up the usual disregard for the Lesser Power - and for Latin America - for the Triple Alliance.

Italy, therefore, considered itself free from the commitments made in the past and refrained from entering the conflict, thereby causing the resentment of the Central Powers, which would later accuse her of treason and, at the same time, arousing an expected charge of hopes - but also of suspicion - on the part of the Entente Powers.

Despite Austria's suspicions, the Germanic ally fielded a whole series of diplomatic initiatives in order to keep Italy out of the conflict, or at least to delay entry as much as possible. The Kaiser pressured Vienna to sell the Italian-speaking lands of Trentino and Italy to Italy. 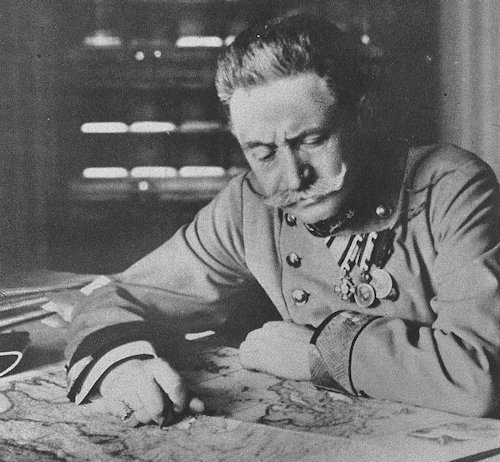 For his part, Field Marshal Conrad (photo) doubted the ongoing negotiations with Italy and, rather than giving in to the latter's requests, he would have preferred to resign.

At a certain point, however, he seemed to be convinced that an intervention by Italy in the conflict could have provoked unsolvable problems. Conrad, together with the now Foreign Minister Berchtold, started a project set up on a double track: to conclude an agreement with Rome as soon as possible, but on the condition that Germany would guarantee that at the first favorable opportunity any concessions could be canceled; through a neutral power, to start peace negotiations with Russia, based on a complicated intertwining of territorial concessions and awarding spheres of influence up to the Bosphorus.

On the other hand, the diplomats of the Entente powers moved, in particular France, which had every interest in allowing Italy to abandon the alliance with the Central Powers.

The Colonial Minister Martini arranged for the London meeting, which would take place on the 26 April 1915, in order to establish agreements with the other Entente Powers.

The 7 May Foreign Minister Sonnino warned the Council of Ministers that the agreements signed with the Triple Entente - the so-called London Pact - forced Italy to go to war not beyond the 25 or the 26 of the current month. Both Austria and Germany, despite the secrecy of the Pact, had come to know of it. Thus, according to the Italian Foreign Minister, the Central Empires would have increased concessions, knowing that the Italian Government could never accept. 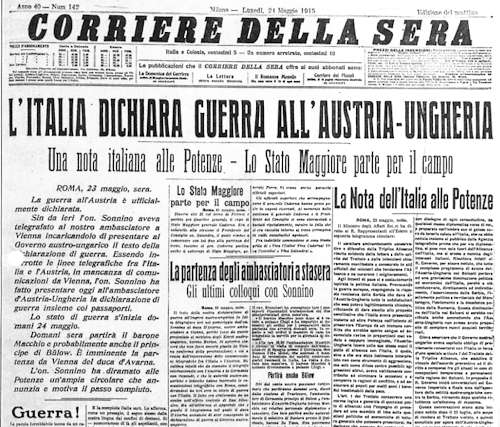 As predicted by Sonnino, the 11 May the German Embassy in Rome delivered to Antonio Salandra, President of the Council of Ministers, a package accompanied by a letter from the Ambassador Prince of Bülow, containing the list of concessions that Austria was willing to do to Italy, obviously under the direction of Berlin:

Obviously, given the stipulation of the London Pact, for the Italian Government such concessions were unacceptable, unless one had to place oneself between two fires, with all the consequences more or less imaginable.

The dramatic days that will follow, until the so-called coup of King Vittorio Emanuele III, which will lead to the reappointment of the Salandra government and therefore to the entry into the war, will be lived under the banner of this umpteenth misunderstanding: which will produce contrasting interpretations, generally inspired by partisan evaluations.

However, for better or for worse, in the right or wrong time it was, Italy's position and role in the ongoing conflict had been established irrevocably at the very moment when the 26 April 1915, Government envoys had signed up the pact named after London.

Among the main issues that presented themselves to the table of the peace treaty between Italy and allied countries, there was ...
6417
Read 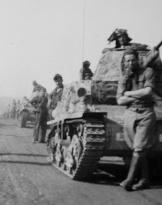 Where the Don draws a bend in the stretch between Satonski and Serafimovich (Russian Fed), the first battle of ...
10605
Read

Among all the battles fought by Napoleon, that of Borodino, or otherwise called by French historiography ...
4606
Read

The battle, also known as Capo Spartivento, represents one of the first Italian responses to the "Taranto night" ...
4919
Read

When in March 1918, Lieutenant General Alberico Albricci received the order to leave for France, or rather for ...
4545
Read

In the first days of November 1942 the decisive attack of the British forces against the now disastrous ...
4482
Read