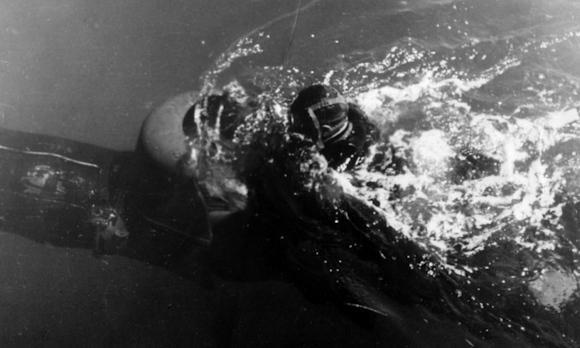 In the night between 18 and 19 December 1941, 6 raiders of the Navy carried out the Enterprise of Alexandria, to the detriment of the British fleet in the Mediterranean (Mediterranean Fleet), writing a culminating finale for Operation GA3. This operation was the result of a meticulous preparation of means and training.

The careful study of the opponent's defenses had already begun in the summer of that year, using both the decryption of the opponent's radio messages and the captures of English documents and maps obtained in the most diverse forms. One of the most striking cases is undoubtedly the adventurous recovery from the seabed of the secret documentation kept aboard the wreck of the British destroyer Mohawk, torpedoed and sunk by the Italian fighter Tarigo.

The operation kicks off with the boarding of assault vehicles Slow running torpedoes (SLC), later universally known as "Pigs", on the submarine Sciré, which, under the command of Lieutenant Junio ​​Valerio Borghese, leaves La Spezia at 23 pm on December 00, 3, headed for the Italian base in Lero, where it arrives on the evening of the 1941th after a journey that is not without unexpected events. Spotted by a British plane, he escapes identification by cheerfully greeting the enemy aircraft only to promptly transmit, with the projector, the correct English recognition signal of the day, obviously obtained thanks to the work of the Secret Information Service of the Navy, as British investigators will find with horror the following month after examining all the reconnaissance reports from November-December 1941.

At 07:00 on the 14th, the operators boarded, the boat leaves the moorings and begins the hidden navigation towards Alexandria, emerging only at night to recharge the batteries and check the route. On the evening of December 17, 1941, the confirmation of the presence in the port of two battleships by the central command of the Navy arrives and, loaded to the maximum air and electricity, the Scirè begins its incredible submarine run through the mined barrages, always at the below 60 m depth and on rapidly decreasing bottoms, to emerge, finally, in a perfect position at 1.3 nautical miles for 356 ° from the light of Alexandria.

de la Penne: "You are scared?"

Durand de la Penne and Bianchi headed for the battleship Valiant. In the last part of the underwater race, de la Penne was forced to drag his own vehicle to the bottom having lost the support of Bianchi, who was struck by an illness due to a malfunction in his respirator. He managed to place the explosive charge under the ship but was captured. Shortly afterwards, Bianchi was also captured and the two were locked in the ship's chain pit. The two did not reveal the location of the bomb but half an hour after the explosion, de la Penne had the captain of the ship take him to inform him of the risk run by the crew; nevertheless, he had the Italian officer taken back to where he was. The explosion was punctual and tore open the hull of the battleship but the two Italians managed to get out of the room and go on deck from where they were evacuated together with the rest of the crew.

Martellotta and Mario Marino, were forced to navigate on the surface due to an illness of the crew chief and managed to position the charge for the tanker Sagona without being able to escape the capture of the Egyptians. The explosions took place around six the next morning. Four ships were seriously damaged in the enterprise: in addition to the three mentioned also the destroyer HMS Jervis, moored alongside the Sagona, was in fact the victim of the charges placed by the Italian attackers.

Il 1st battle squadron area of  Mediterranean Fleet, the traditional flagship of the Royal Navy, no longer exists since December 1941.

Among all the battles fought by Napoleon, that of Borodino, or otherwise called by French historiography ...
4085
Read

The battle, also known as Capo Spartivento, represents one of the first Italian responses to the "Taranto night" ...
4450
Read

When in March 1918, Lieutenant General Alberico Albricci received the order to leave for France, or rather for ...
4275
Read

In the first days of November 1942 the decisive attack of the British forces against the now disastrous ...
3920
Read

In the late 50s many nations both in Western Europe and beyond the Iron Curtain were conducting studies ...
13771
Read

The 11th and 12th September 1683 takes place victoriously for the Euro-Christian forces, led above all by the king of ...
4347
Read