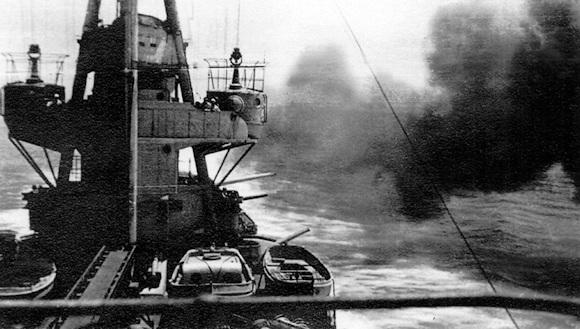 June 1942: the Regia Marina has been involved for months in contrasting British convoys bound for Malta.

Malta, the British strategic base, is now at its last limit, a critical situation that leads the British to plan a refueling operation that gives a certain margin of success. For this, two supply convoys are prepared that simultaneously converge on Malta, respectively from Gibraltar (operation Harpoon) and from Alexandria in Egypt (operation Vigorous).

The operation Vigorous foresees the larger of the two convoys, escorted however, only by light cruisers and destroyers, as the British battle fleet in the eastern Mediterranean had been eliminated in one fell swoop following the "Night of Alexandria", an extraordinary victory that the raiders the Navy had achieved with an epic feat.

Having left on 11 June, the convoy is subjected to a harsh and incessant air attack, between 14 and 15 June, which causes 3 destroyers and 2 steamers to sink, while a German submarine sinks a cruiser. 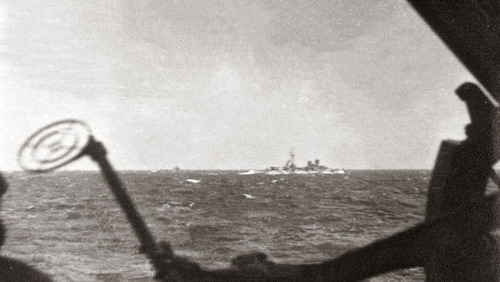 During the air attacks, another bad news reaches the convoy: the scouts report the Italian fleet leaving Taranto, directed to cut the route of the convoy. To avoid further losses, the British therefore decided to bring the ships back to Alexandria by renouncing to supply Malta from the east.

The contemporary Harpoon operation provides for a smaller convoy, with a strong protection of warships reinforced by a further heavy escort up to the mouth of the Sicilian channel; This is because the British high command believes that the Italian Navy uses only light forces in the channel, easily countered by the English cruiser HMS Cairo and the destroyers of the close escort. As soon as they leave Gibraltar, the agents of the Navy Secret Information Service operating in the area inform Supermarina who, together with the German commands, prepares countermeasures to counter the convoy.

Submarines and torpedo boats are placed in the Sicilian channel, lying in ambush between Sardinia and Capo Bon while the cooperation of the Regia Aeronautica and the German X Luftflotte stationed in Sicily is requested. 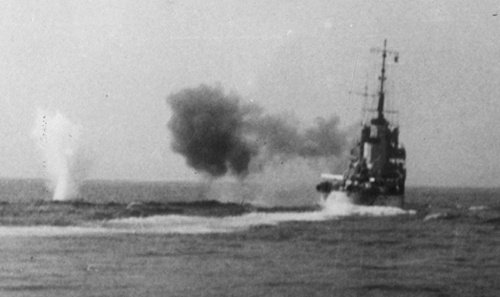 Already on June 14, the British convoy is the object of the first attacks by the Axis air forces, which inflict considerable damage on it. But an appointment with a much more fatal destiny awaits, under the sky of the "Constellation of Scorpio", "under the sign of Antares", the English convoy.

On June 14, the VII Italian naval division under the orders of Admiral Alberto Da Zara sets sail from Palermo and is destined to operate directly against the enemy surface forces.

Meanwhile, after the heavy escort has reversed course, the British convoy continues its march protected by an anti-aircraft cruiser and 9 destroyers.

At 5:30 on 15 June, in the waters south of Pantelleria, the English, incredulous, are intercepted by the VII naval division which, without delay or hesitation, puts the bow on the enemy and "approaching decidedly to starboard" on the orders of the admiral From Zara, at 5:38 am he opens fire with the Montecuccoli and the Eugenio di Savoia on the vanguard ships of the English squad. At 5:41 the "Seventh" has already unloaded 150 152mm rounds. 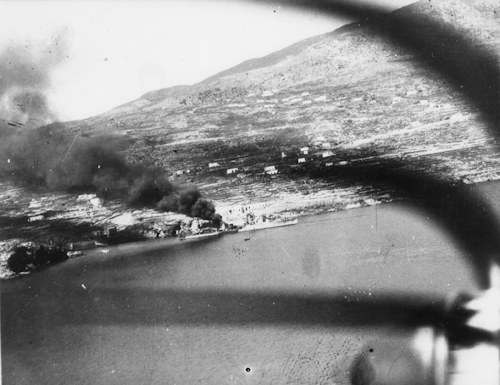 While trying to reorganize the British fleet, it also begins to suffer from the airstrikes of Axis aircraft.

From Zara he juggles between the smoke screens spread by the opponent to cover the units that are gradually hit.

In the excitement of the maneuvers, it is hell; the admiral, as soon as he sees an opening through the smoke and has a free range on the English merchant ships, attacks.

A devastating offensive for the British, a "professional masterpiece" for Da Zara.

It is one of the best-known surface actions in the history of the Italian Navy, as well as the daytime battle during which the greatest exchange of blows between the British and Italians takes place during the Second World War.

During the battle, the VII naval division commanded by Da Zara causes damage and losses to the opposing convoy such as to seal the complete victory of the Navy in the series of clashes that have gone down in history as the "mid-June battle".

In the late 50s many nations both in Western Europe and beyond the Iron Curtain were conducting studies ...
13964
Read