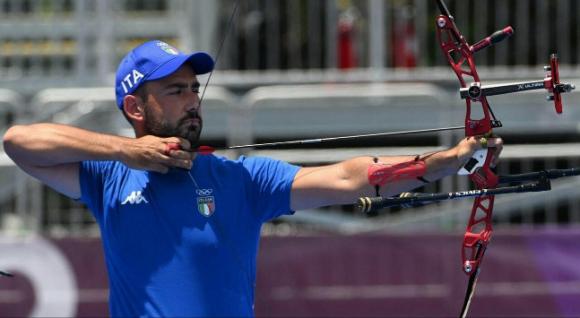 This morning, with the final in Archery, the athletes of the Armed Forces have added a new medal to their already rich loot.

Mauro Nespoli, an athlete from the Air Force Sports Center, won the silver medal in the individual archery final.

This leads to a total of 10 medals for athletes from 4 Armed Forces at the Tokyo 2020 Olympics (1 gold, 3 silver and 6 bronze), out of the 24 total won by the entire Italian delegation.

A tangible sign of the validity of the sports centers of the Italian Army, the Navy, the Air Force and the Carabinieri.

The 129 athletes involved in the various disciplines appearing in the Italian delegation are distributed among the 4 Armed Forces as follows:
- 47 of the Italian Army
- 14 of the Italian Navy
- 30 of the Air Force
- 38 of the Carabinieri

Seven sailors at the Navy Rowing Sports Center competed for the team ...
42
Read

The World Cup ended with excellent placings for the athletes of the Air Force Sports Center.
86
Read

The award ceremony of the tournament took place at the "Villa Chayes" sports center of the Naval Academy of Livorno ...
291
Read

The military athletes of the Army Olympic Sports Center have conquered, at the World Swimming Championships in Budapest and at the ...
105
Read

With on board Vincenzo Abbagnale, the Tokyo 2020 Olympian, and the world medalists, Cesare Gabbia, Salvatore Monfrecola ...
67
Read

After the winter season, the competitions of the summer disciplines linked to the mountains resume for the athletes of the ...
88
Read

At the end of ten hard-fought and spectacular regattas held in the Porto Ercole - Cala Galera stage, part of ...
137
Read