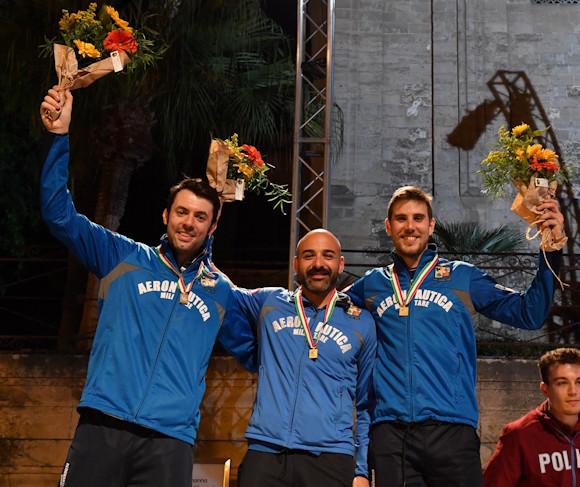 In the splendid setting of Piazza Bellini in Palermo, the 100th edition of the Italian Fencing Championships took place.

On the opening day, to defend the colors of the Air Force, it was the first airman chosen Alessio Foconi who won the silver medal in the final of men's foil. The world champion came close to the Italian title and surrendered only to Andrea Cassarà who established himself for 15 at 14. The Ternano will have the opportunity to redeem himself next week at the European Championships scheduled in Düsseldorf, Germany, and in July at the World Championships in Budapest, Hungary.

In the women's sword trial to celebrate was Federica Isola's first airman, who after the golds won at the Italian and European Youth Championships and at the World Championships Under20, won the umpteenth title of the season graduating Italian Absolute Champion. The Vercelli of the Sports Center of Vigna di Valle has completed a clear path during which he passed the world champion Mara Navarria, beaten in the semifinals for 15 at 14. In the decisive battle it was then set with the 15 score to 11 on Alice Clerici. On the podium with her rose the other bearer of the Air Force, the first airman Beatrice Cagnin, winner of the bronze medal. 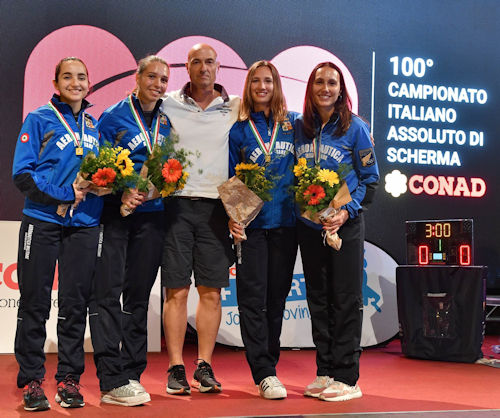 Excellent results also came from the team trials where the fencers of the AM Sports Center won three medals. The first came from the male sword where Sergeant Paolo Pizzo, the first airman chosen Matteo Tagliariol, the first airman chosen Andrea Vallosio and the airman chief Antongiulio Stella, won the silver medal beaten in the extra minute by the 44 jab to 43 placed by the Fiamme Oro, winners of the A1 series title. Completing the podium was the Isef quartet "Eugenio Meda" of Turin able to overcome the Army in the final for the bronze. To repeat the podium obtained in the individual competitions were also the swordsmen who saw the team title fade for a single hit. The quartet composed by the first airmen Federica Isola, Beatrice Cagnin, Alessandra Bozza and by the first airman chosen Marta Ferrari, led the test from the beginning, yielding to the opponents only to the extra minute when the 34's thrust at 33 ended the meeting , crowning the Fiamme Oro Campionesse d'Italia.

Chief airman Francesca Palumbo also celebrated the double medal which, after the individual silver in the foil competition, won the bronze medal in the team event. The first airman chosen by Valentina De Costanzo, the chief airman Elisa Vardaro and the first airman Elisa Bianchin stopped in the semifinals by the Fiamme Oro and then silver at the back of the Carabinieri were the podiums with the German fencer. 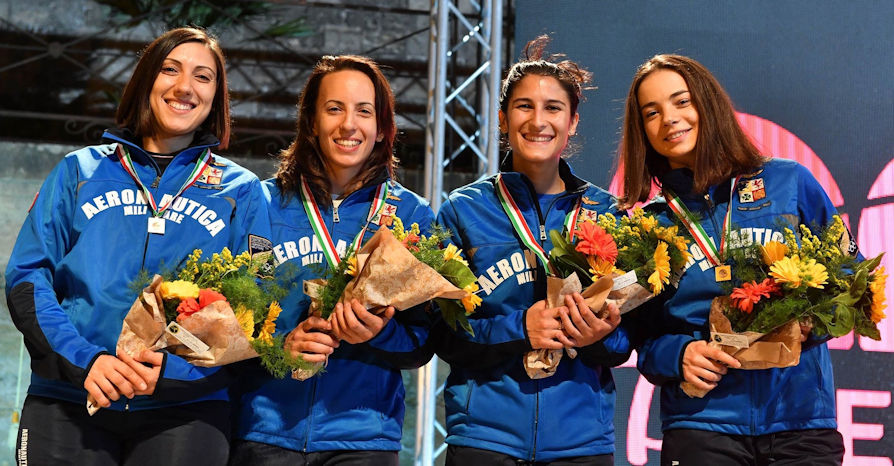 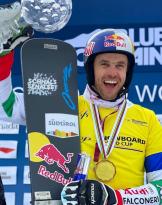 With the beginning of March, for some winter disciplines, the Army Sports Center of Courmayeur is already pulling ...
93
Read

Once again the Army made its contribution during the FIE Grand Prix "Inalpi Trophy" foil ...
61
Read

Extraordinary feat of the 1st airman Leonardo Fabbri, in force at the Air Force Sports Center of Vigna di ...
117
Read

A weekend characterized by numerous victories for the Alpine troops of the Army Sports Center of Courmayeur, in the ...
90
Read

Two Athletes of the Section of Parachuting of the Italian Army took part in the competition ...
133
Read

Over the past weekend, near Trieste, more precisely in Portopiccolo, a ...
70
Read

The 7th edition of the World Military Games closed yesterday with 5 ori, 13 silvers and 12 bronzes for the Italian Team
662
Read

In China the competition days continue where athletes belonging to military sports centers compete for ...
880
Read

In China, the 7th edition of the World Military Games is currently taking place in Wuhan, an event that for ...
102
Read