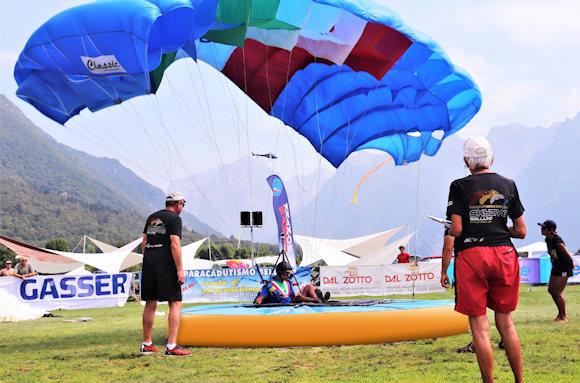 From 27 to 29 May 2022, the "Dolomiti Cup 2022" of parachuting was held at the Arturo dell'Oro airport in Belluno, a sporting competition which, by tradition, inaugurates the annual calendar of "Precision in Landing" competitions in Europe. ", with teams from different countries.

Sergeant Fabrizio Mangia, athlete of the Army's parachuting sports department, won third place in the overall individual classification while the Army team, made up of Sergeant Mangia himself and the parigrados Massimo Agnellini and Fabio Filippini, from the first corporal major Daniele Garozzo and corporal Niccolo Lorenzo Cardelli, placed fourth only one centimeter from third classified.

The next competitive appointment will see the Army Athletes involved in the 1st round of the World Cup Series, precision landing competition for teams, which will take place from 10 to 12 June in Rijeka in Croatia.