Home News armed forces Sports Alpin Ludovico Fossali is back on the p ... 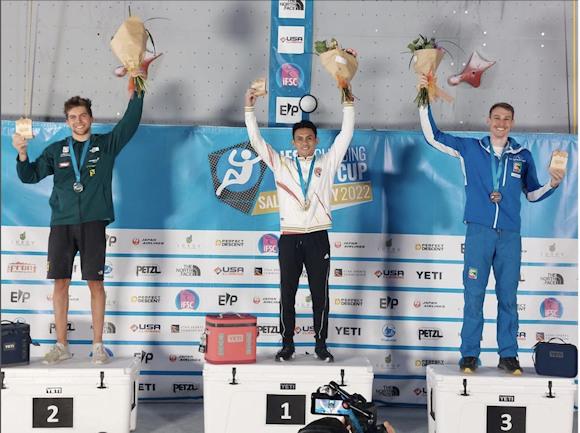 At the end of the winter season, the competitions of the summer disciplines linked to the mountains resume for the athletes of the Winter Sports Section of Army Sports Center.

Already in Courmayeur, at the first preparation competitions in Italy, the 1st corporal of the Army Ludovico Fossali, a sport climbing athlete, had recently stopped the chronometer very close to important times. Furthermore, on 6 May, on the occasion of the Speed ​​World Cup stage in Korea, the sportsman managed to pass the qualifying rounds by accessing the final, stopping at the foot of the podium for a few cents.

A completely different race the one on American soil, in Salt Lake City, where the Army standard bearer dueled with important opponents until the final where, this time Fossali won, managing to grab third place.

Sport climbing is thus preparing for its second appearance at the Olympic Games, hosted in Paris in 2024, confirming the work set by the Feder Climbing Italian.