Rhythmic gymnastics: hoarded of medals for the blue Butterflies 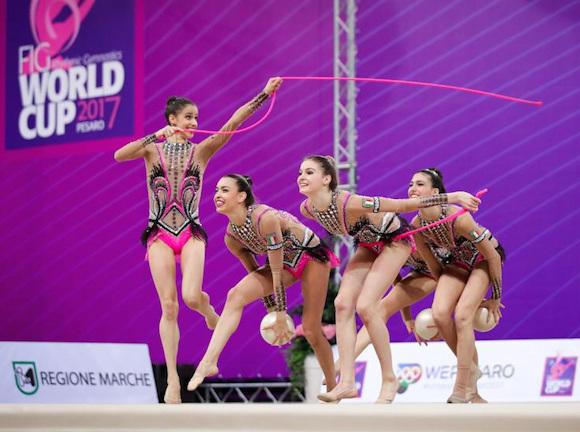 On the weekend just ended in Pesaro the first stage of the world cup ended, where the Italians bought up medals.

At the Vitrifrigo Arena in Pesaro, the first day of competition ended with the achievement of the bronze in the general competition for the blue butterflies composed by the first airman Alessia Maurelli, captain of the quadra, from the first airman Martina Centofanti, Agnese Duranti (Polisportiva La Fenice) , Martina Santandrea (Estense Putinati), Anna Basta (Pontevecchio Bologna) and Letizia Cicconcelli (Faber Ginnastica Fabriano).
The exercise performed with the 3 rims and the 4 high-tech clubs, allowed them to get 49.400 points. Gold and silver went to Russia instead, with 51.050 points and Bulgaria with 49.600 points.

On the last day of the first leg of the World Cup of Rhythmic Gymnastics the Italians made the anthem of Mameli resound, winning the gold medal in the specialty final at the 5 balls with the 25.400 score. Behind them came Russia with the 25.300 score and Japan that stopped at 24.950.

With regard to the individual specialty finals, the airman chosen by Alexandra Agiurgiuculese climbed onto the second step of the podium to clubs. The athlete of the Air Force is silver thanks to the score of 20.950, which allowed her to keep behind the Belarusian Halina Harnasko in the final to eight, won by the Russian Dina Averina.

Therefore, given the excellent performances of the Italians, we can only hope for the next World Cup events in Sofia, Bulgaria (12 / 14 April), Tashkent, Uzbekistan (19 / 21 April) and Baku, in Azerbaijan (26 / 28 April). 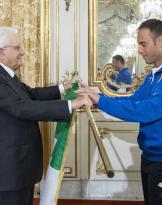