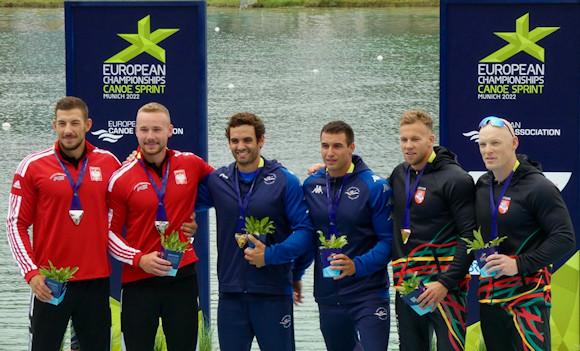 The 2022 edition of the European Multi Discipline Championships in Munich ended with a flourish for our athletes. On the evening of Sunday 21 August, in fact, a well-deserved Bronze Medal arrived in the women's 4x100 relay thanks to a fantastic last fraction of the airman chosen Alessia Pavese, on his debut with the Italian national team. The blue quartet (Zaynab Dosso, Dalia Kaddari, Anna Bongiorni and our Alessia Pavese) came behind Germany (Gold) and Poland (Silver). With the women's 4x100m Italy had reached the podium at the European Championships only on two other occasions: in 1938 and in 1958. Also worth mentioning in the team was the chosen airman Johanelis Herrera Abreu, present in Monaco ready as a reserve.

In the previous days, to bring back a European medal to the Sports Center of the Italian Air Force (CSAM) that was missing from Goteborg 2006 (Andrew Howe - gold in the long jump), the 1st Airman Osama Zoghlami in the 3000 hedges. With 8'23 "44 Zoghlami came behind the Finnish Raitanen (gold) 8'21" 80 and the other blue Amhed Abdelwahed (silver) 8'22 "35.

In Artistic Gymnastics, Italy has won a fantastic Silver Team Medal. The 1st chosen airman Andrea Cingolani was present in the race. A historic result for the senior men's national team that had never reached the podium in a European Championship. Among the national technicians it is worth mentioning the 1st Chief Airman Alberto Busnari.

To embellish the medal table with the heaviest metal, in the Canoa Sprint K2 200 m., The 1st airman Manfredi Rizza who paired with the athlete of the Penitentiary Police Andrea Di Liberto won an amazing Gold at the photo finish.

The Monegasque event, now in its second edition on the 50th anniversary of the Olympics hosted by the German city, saw the participation of many other Air Force athletes who, despite not having achieved medals, still performed well:

In the Launch of the Weight, the chief airman Leonardo Fabbri finished in 7th place with 20,74 m., Which earned him the record of the season. The last European final reached by an Italian weightlifter dates back to 1998 with Paolo Dal Soglio, current coach of Fabbri.

Airman chosen Emmanuel Ihemeje finished 9th in the final of the men's triple jump with m. 16,55 and with the bitterness of a zero millimeter of almost 17 meters at the first jump.

In the High Jump 9th place also for the 1st airman chosen Marco Fassinotti. Due to the platform made slippery by the rain, together with four other athletes he ran into three errors already from the measure of 2,18. Victory to the Olympic champion Gianmarco Tamberi.

In the 1500 m flat, 12th place for the Italian Champion airman Ludovica Cavalli chosen, with 4'10 "93. However positive performance, given that she was credited with the 18th time.

In the 35 km march, the chief airman Michele Antonelli was unfortunately disqualified at the 21st kilometer when he was in 10th position.

In the final of the Women's Triple Jump 14th place of the 1st as Dariya Derkach. With M. 13,65 the AM athlete closed just 6 cm from the last useful place to access the final.

19th place for the school year Roberto Orlando in the three qualifying javelin throws. With a better throw of m. 73,59 the AM athlete is excluded from the final for the best twelve.

Unfortunate experience in the semifinals of the 3000 women's hedges for the 1st chosen airman Martina Merlo. After less than one kilometer of the race she fell into the water as she crossed the second riviera and was then overwhelmed by her opponents while she was trying to get up. Race irremediably compromised for Martina who had concrete qualifying ambitions and who continued her test anyway, finishing fifteenth in 10'12 "13 and without the possibility of being rescued for the final.

In Table Tennis, after having faced 4 challengers in the single losing only one match, the 1st Chief Airman Mihai Bobocica must surrender to the Hungarian Szudi who forbids him to move to the main draw. In the men's doubles, Bobocica, paired with the athlete Stoyanov (blue flames), stopped in the second round, finishing in 9th place.

In summary, third place for Italy in the European medal table, out of the 35 participating nations, with 51 medals, of which 14 gold, 18 silver and 19 bronze, to which the Air Force Sports Center has contributed, with 4 medals (1 gold, 1 silver and 2 bronzes) 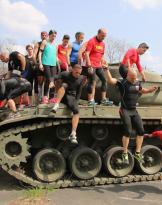 When you read about civil competitions held in military areas, I will think - for those who, like myself, have their ...
1494
Read 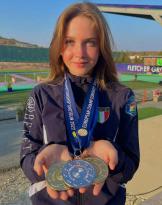 Another weekend full of results for the team of the Air Force Sports Center (CSAM). Skeet Shooting Ai ...
245
Read 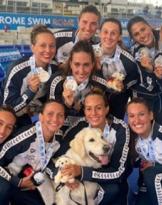 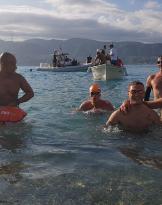 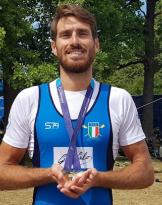