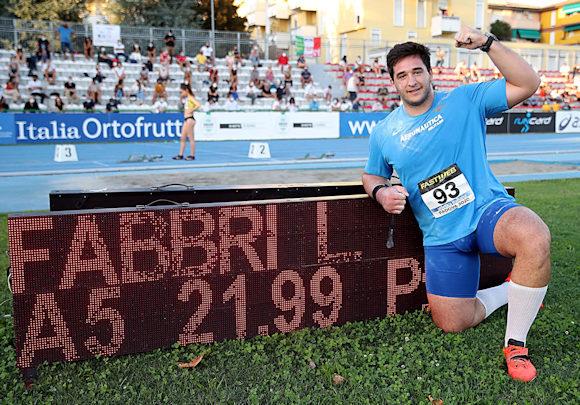 The Italian Athletics Championship took place over the weekend just spent in Padua.

An immense 1st airman Leonardo Fabbri lights up the National event also in these outdoor Championships, monopolizing the highest step of the podium. In his specialty, shot put, he graduated Absolute Italian Champion with the measure of 21.99 meters, getting closer and closer to the Italian Absolute Record and recording the second Italian performance in time and the second seasonal World performance.

In the 110 meters hurdles, the chief airman Lorenzo Perini with his best time of the season (13 "53), after having also dominated in the battery with 13" 78, is confirmed as Italian Champion for the third consecutive year.

In throwing the hammer, the first airman chosen Simone Falloni with the measure of 71,85 meters gains the second position, confirming himself as Vice-champion of Italy.

More gold for the Air Force came thanks to the performance of the chief airman Derkach Dariya. The aviator wins the most prestigious medal in the triple jump discipline with the measure of 13.56 meters.

In the pole vault competition the first airman Alessandro Sinno with the measure of 5.25 meters wins the silver medal.

In the 100-meter race, 1st Airman Giovanni Galbieri stops the clock at 10 "61, finishing in sixth place.

The excellent performances of the athletes have brought the Air Force Sports Center to the provisional third place in the special team classification of the Italian Absolute 2020 Championship, waiting for the second part that will take place in Modena at the end of September in the middle and cross-country specialties.