Home News armed forces Spazio To infinity and beyond 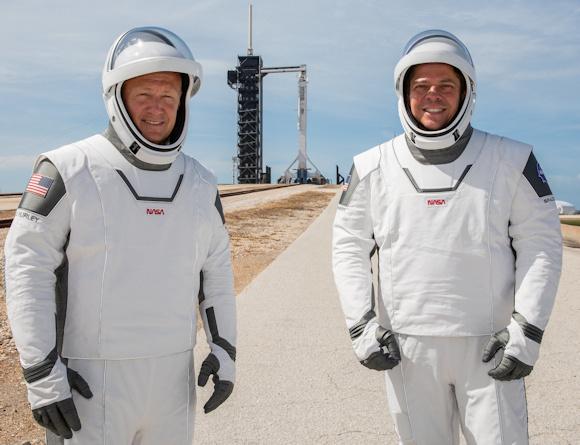 It is time to go where no man has ever been before, to infinity and beyond; but it must be remembered that there is a dark side and that the strength lies in the balance between good and evil, and that no plan survives the first contact with its implementation. We are in our galaxy, not in a system far far, yet Commander Kirk, Luke Skywalker, Buzz Lightyear and astronaut Mark Watney, the forgotten one on Mars1, they seem really close.

Many things have changed since Armstrong's first imprint on the Moon; science has broken the stages, but has dragged factors then neglected by most: domination, projection of power, strategy, economy. Control of space has become a necessity without alternatives.

Space is not an object of sovereignty and the existing treaties, having failed to predict the most important transformations of recent years, have not had the strength to exclude the possibility that space itself becomes at least the cause and then a place of conflict.

Earthly challenges move even higher, and for the Americans, according to the most compelling narrative, the moon becomes the starting point for the new frontier. Today AT Mahan, rather than maritime power, would have theorized space power, safeguarding the concept of national security, taken up by Trump when he declared outer space a warfighting domain, followed by Macron, and expanding the hegemonic role of science. In this sense, ASAT technology in the USA2 it has become both a strategic cover and a weapon against an enemy with space capabilities; for China, the same ASAT may at the same time constitute a dissuasion from intervening in Taiwan; for other actors such as India and Russia, it would become a domino tile to be checked in order to stay in the game; think of a reality suddenly devoid of orbital structures and means of communication: the implosion of the world as we know it. 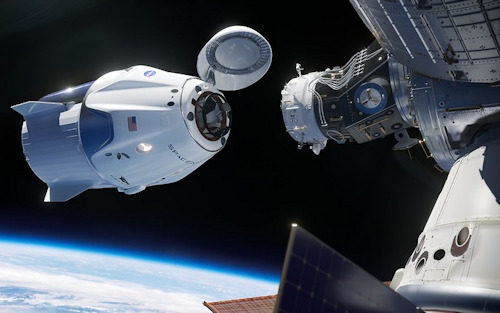 It is not a novel: in 1969 the military competition was apparently more hidden, then the multilateral cooperation that allowed the creation of the International Space Station was joined; however the USA still consider space to be its domain, where geopolitics is transformed (according to realpolitik) into astropolitics o technopolitics.

La Space Economy has conquered a significant portion of the investments, even if public spending constitutes about 20% of the global turnover, with the USA enjoying a record nevertheless undermined by other powers, primarily China, 50 years ago excluded from the space race for effect of the Cold War and technological inability. The USA first understood the need for private sector involvement with Obama who, in 2010, favored competitiveness and new markets, followed by Trump's partial change of course which, together with an increase in the NASA budget, announced 4 Space Policy Directives, intended to facilitate private participation but above all to enhance the American presence in deep space3 with new launches to Luna4 and Mars, for exploration and resource exploitation purposes, as well as developing satellite technologies and founding the 6th Armed Space Corps5.

As China moons on the dark side, plans its own Space Station by 2025 and August 15, 2016 puts the first satellite for quantum communication into orbit or for communications that cannot be intercepted, the USA think of our satellite as the easiest starting point for the missions to Mars, the next target of the NASA project March 2020.

With Obamian politics, NASA can manage competitive economic programs, a set of startup born in Silicon Valley, where Sir Richard Branson stands out with Virgin Galactic, and Elon Musk, with SpaceX, companies characterized by innovative approaches to aerospace design and production, and with unreachable spending efficiencies for traditional companies: from uncertain and niche sectors that they required a high level of investment and technical skills, in markets no longer closed but growing. 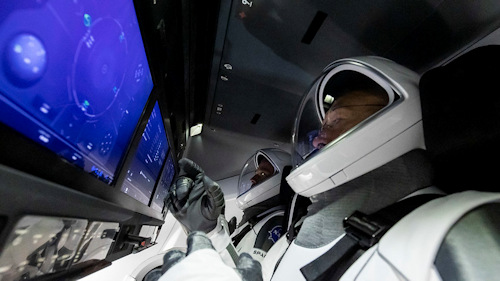 SpaceX, younger and more flexible than Boeing, Lockheed, General Dynamics, Northrup and Raytheon, the subject of globalized competition, has become the first private company to dock at the International Space Station, rapidly creating carriers at a relatively low cost6, with an optimization focused on core of the mission based on the principles of simplicity of design, reliability and reusability.

NASA's public-private partnership is proving to have stimulating success for industry and universities: besides SpaceX, XCOR and Blue Origin of Jeff Bezos, Sierra Nevada Corp. and Boeing are progressing in the construction of next-generation human spacecraft; in fact, by reducing costs, SpaceX has redefined the economic structure of space travel and not to mention the space engineering profitability in terms of applications on Earth: Orbital Systems implements daily water efficiency thanks to the recycling technology created for missions to Mars.

The dynamism of the sector is evidenced by the hyperactivity of entrepreneurs: if Virgin looks at mass tourism which could constitute a good flywheel of revenue by virtue of more frequent launches, Elon Musk aims further but with company strategies that are not always immediately comprehensible; if SpaceX is a global success, Musk's statements on the cost of Tesla shares (owned by him) have led to a loss of 14 billion in capitalization, contradicting what is guaranteed regarding quarterly profits. What is not clear is how it is possible that a manufacturer besieged by the competition, selling about 250 thousand cars, will capitalize 50 billion, a little less than General Motors, which has placed 8 million. This has not prevented NASA director Jim Bridenstine from having relations with Musk, whose carriers will prevent the US from paying Russia for transportation of its astronauts to the ISS. 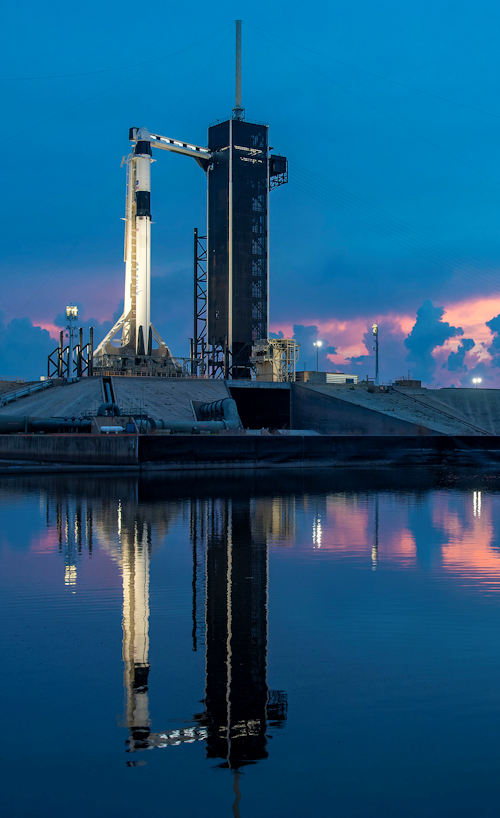 The results achieved since 2008, up to today's Falcon 9 and Falcon Heavy (reusable rockets) and the Dragon spacecraft, are already allowing SpaceX to develop both Starship, a reusable transport system to transport crew and cargo in space, and Starlink , a constellation of satellites, already under discussion between Musk and John Thompson, commander of the Space Force and the Missile System Center in Los Angeles, an interest confirmed by the USD 28,7 million contract between SpaceX and Air Force; Starlink, which will bring ultrafast broadband Internet, must however beware of the pitfalls of Iridium satellites, contracted by the Pentagon and in joint venture with Thales Alenia for the Next Constellation, and above all it will have to provide the financial resources to support SpaceX.

Since we are at the entrance to the Star Wars, it is worth mentioning the feat of Northrop Grumman who, with an automatic drone7, for the first time in history, it hooked an American commercial satellite (Intelsat 36.000) to 901 km of altitude, near the exhaustion of the propellant, changing its orbit and prolonging its use for another 5 years; this led to the formalization of a new program assigned to Northrop, the "Robotic Servicing of Geosynchronous Satellites”, Aimed at creating a fleet of drones with strategic tasks, that is, capable of attacking and removing enemy satellites.

In short, the future is upon us, and the colonization of Mars is also in the plans; Musk is financially supporting Neuralink, the startup with which he hypothesizes to interface the human brain with an Artificial Intelligence, which makes us understand why he is thinking of a first colonization of the Red Planet conducted by a super artificial intelligence, a new HAL9000, a twin different from that of 2001 A Space Odyssey. SpaceX, Starship, Starlink, Neuralink are all faces of the same prism, but where there is also the Tesla crack. Perhaps this is the rare mark of genius, but certainly we cannot expect results from Musk that fall within predictable averages.

It is almost inevitable to rethink Mark Watney, the "Survivor" astronaut: "Although the odds are against me, I have only one possibility: to use all my scientific knowledge to get out of it."

1 From the movie "Survivor - The Martian"

5 For George Friedman, space domination is crucial for military power thanks to superior vision and listening skills; space thus becomes a potential theater of conflict in which the moon takes on strategic importance

In recent weeks, at the Experimental and Joint Training Polygon of the Salto di Quirra (PISQ), in ...
11678
Read