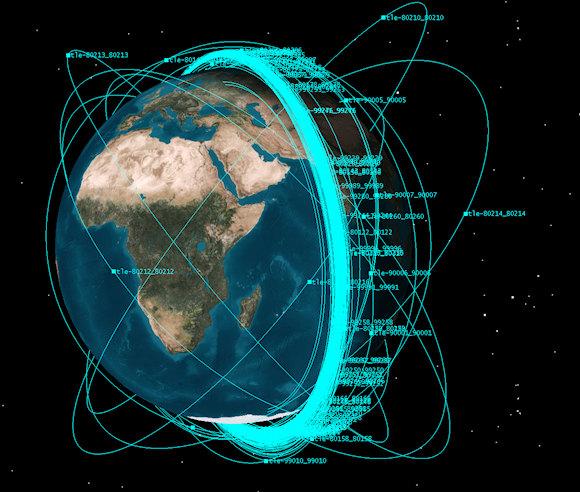 The Space Situational Awareness Center (C-SSA) of the Italian Air Force, in its function as the operational arm of the Defense Space Operations Command (COS) in the function of monitoring, surveillance and characterization of space objects, is following the evolution of fragmentation event of the Russian satellite COSMOS 1408 which took place last November 15th. The impact created a cloud of small space fragments, which in their stay in space - although there is no risk that they could fall on the Earth's surface - could affect the orbits of other satellites, including some Italian satellites.

In Europe, together with Spain and France who contributed with measurements made through their own radar sensors, Italy provided measurements of the objects through the INAF BIRALES receiving antenna, which picked up the signals of the illuminated debris by means of a radar. of the Defense located at the Experimental and Joint Training Polygon of Salto di Quirra (PISQ) and operated by military personnel from the Polygon and by Vitrociset personnel. It is a national capacity developed starting from 2014 thanks to the synergies between various institutions, public and private, and the university world, and which in particular has seen the collaboration of the Aerospace Engineering Group (GIAS) of Experimental Flight Unit (RSV) of the Air Force with researchers from the Milan Polytechnic.

Subsequently, the C-SSA carried out the first analyzes on the fragment cloud to verify any short-term impacts. Since the orbits of the fragments are being stabilized, a subsequent study on the dynamics and propagation of the explosion will allow, through further observations with SST (Space Surveillance & Tracking) sensors, to know detailed elements, such as the exact number of fragments, for a constant update in favor of the Defense Space Operations Command, of the National Air Space Operations Center (NASOC) for the safeguarding of national satellite assets, and of the EU-SST Consortium.

Il Space Situational Awareness Center, an entity with joint connotations leading the Aeronautica Militare, is included in the Aerospace Operations Command (COA) of Poggio Renatico and is responsible for monitoring, monitoring and characterizing space objects and their operating environment in order to support safe, stable and sustainable space activities, identifying risks and threats in space, from space and towards space and proposing the appropriate mitigation measures. The Center is responsible for the "fragmentation" service within the European Space Surveillance and Tracking Consortium (EU-SST) and operates in the context of a national agreement that sees the collaboration between the Air Force, Defense,Italian Space Agency (ASI) and theNational Institute of Astrophysics (INAF).