EDRS satellite program: e-GEOS and SES will realize a ground station in Matera 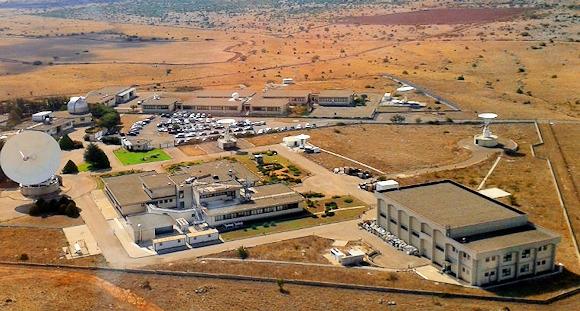 e-GEOS, a company formed by Telespazio (80%) and the Italian Space Agency (20%), and the satellite operator SES will build a ground station in Matera (MUGS: Matera User Ground Station) for the European EDRS data transmission (European Data Relay System). The new infrastructure will receive, process and distribute data from the EDRS space segment and will be used by the European Earth observation program Copernicus to speed up the reception of information for urban management, environmental protection, l agriculture, health and civil protection activities.

EDRS is an optical communications system that allows, in Europe, the transmission of data in near-real time from low-orbit satellites through the geostationary satellites EDRS-A and EDRS-C. The program is a public-private partnership between the European Space Agency (ESA) and Airbus, within ESA's Advanced Research in TElecommunications Systems program.

The construction project for the Matera station, managed by ESA, will be led by e-GEOS as the first contractor, in close collaboration with SES, which has been selected to design, deliver and test the infrastructure, and Airbus, which will realize the data collection and storage center.

The new station will be installed and integrated at the Geodesy Center of the Italian Space Agency (ASI) within the Matera Space Hub, which has been providing geo-information services and solutions with e-GEOS for over twenty years. Once completed, ownership and management of the station, operational from the second half of the 2019, will be transferred from ESA to ASI.

"The Matera station will allow the EDRS system to provide a near-real-time data transmission service from low-orbit satellites, allowing ASI to develop applications for monitoring our planet thanks to the Sentinels of the Copernicus program." - declaredBruno Versini, e-GEOS Chief Operations Officer "An important result, which stems from the union between our capacity as operator of the ground segment and a leader in technological integration, and from the engineering experience of our partners."

“We are delighted to have been chosen as a technology partner in such an important project. By partnering with e-GEOS, a global leader in geospatial services and applications, we will be able to contribute to the improvement of Earth observation data collection systems across Europe, ”said Steve Collar, CEO of SES Networks.

e-GEOS, a leading company in the geoinformation sector, can boast over two decades of experience in providing solutions for the Matera Space Center, in particular in the management of Sentinel satellites of the European program Copernicus. The Matera User Ground Station of the EDRS system will be able to process and transmit data streams from the Sentinel-1 and Sentinel-2 satellites of Copernicus, which will be forwarded to the ground station by the space segment of the EDRS. The station will be equipped with a Ka-band receiving antenna only.

As part of the ever closer international collaboration in the field of Defense and Security, in particular in the ...
2579
Read

The Air Force has activated a position of technical exchange officer at the US Space Force, within the ...
780
Read

The Space Situational Awareness Center (C-SSA) of the Italian Air Force, in its function as the operational arm of the ...
775
Read