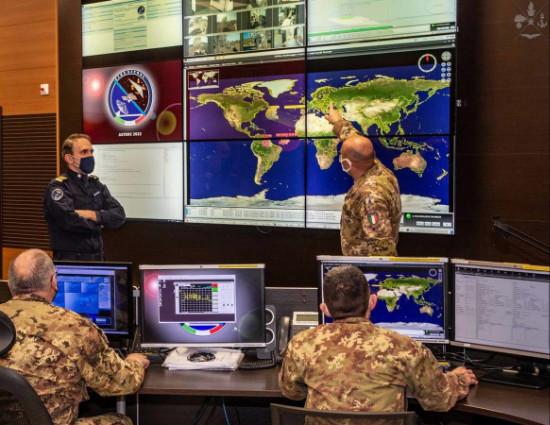 As part of the increasingly close international collaboration in the field of Defense and Security, in particular with a view to pursuing the strengthening of bilateral cooperation with France, Italy has taken part, from 24 February to today, in the multinational exercise ASTER- X 2022, promoted by the French Ministry of Defense.

In a simulated scenario, the COS, in coordination with the Commandement de l'Espace French (CDE), has provided many of its space products and services: radar and optical sensor measurements and detections, space object tracking data and satellite communication streams. In just 6 days, events spread over 24 virtual days were simulated, thanks to an operational scenario accelerated in time and orbital dynamics and by exploiting, with a view to sharing between partners, the computation and simulation systems of which the CDE is equipped. 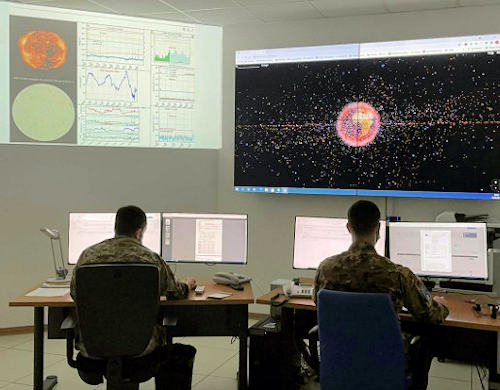 A little over a year after the establishment of the COS, now employed by the Interoperable Summit Operations Command (COVI), the training event represented an opportunity to experiment and verify the new command and control architecture for the use of satellite assets created by the Defense Staff and an initial capacity for managing space operations from the operations room. The exercise marked a further step forward towards a strong multilateral operational integration, the prerequisites of which lie precisely in the common desire to train together to prepare to jointly face the ever-changing security challenges.

Furthermore, ASTER-X 2022 represented a relevant opportunity to underline how space is - and will be - an increasingly important dimension of military operations, becoming not only a reflection of terrestrial dynamics, but also an extension of them. An incremental and multiple number of actors, both institutional and private, actively pursue the paths of space for different interests, which now embrace all sectors of our society. Precisely this new orientation of earthly activities makes space an increasingly nerve center and at the same time congested sector. It is therefore unavoidable to prepare to mitigate the risk of possible crisis situations and take advantage of the opportunities with inevitable implications also in the defense and security sphere.

The determination and commitment of the Defense - backed by twenty years of experience in the direct use of its military assets in space - are placed in this context, aimed at promptly completing that process of internal transformation focused on creating the so-called " fifth domain of operations ", in line with what was declared by NATO in December 2019.

The skills, professionalism and skills of Defense in this sector represent a precious strategic asset not only for the reference sector but also for the entire “Country System”.