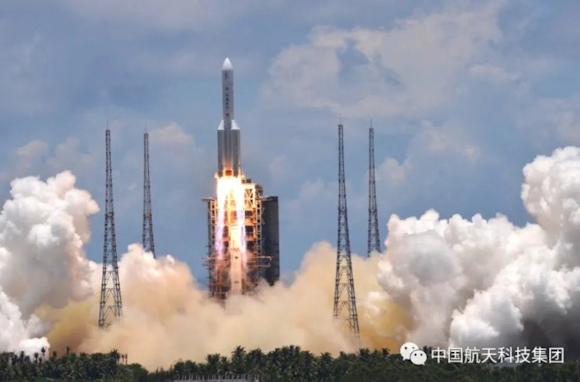 The United Arab Emirates (UAE) have been carving out, in the last ten years, an autonomous role of power at a regional level but with broader potential prospects as demonstrated by the presence on the international scene in the field of astronautics. If public opinion was perhaps surprised to learn that the UAE is participating in the exploration of Mars with the probe Hope, the observers of the international scenario had certainly not missed the growing activism of the Emirates and the rapid economic growth that took place despite the fluctuations in the price of oil. Massive investments in international transport and communication networks, internal production diversification to depend less on oil (especially Dubai), major construction and infrastructure investments (airport, industrial areas, etc.) which, however, in recent years have registered a strong slowdown. Last but not least, investments in military technology and equipment through multi-billion dollar international agreements for the purchase, among others, of missiles Patriot surface-to-air, land and naval warfare systems, remote control systems and sensors, aircraft, ships, traditional weapons and armored vehicles.

Years ago, the supply of as many as 80 specimens of F-16 was so substantial that it also raised concerns in some US MPs. The arms suppliers of the Emirates are mainly from the western area (Australia, Belgium, Brazil, Bulgaria, South Korea, France, Germany, Italy, the United Kingdom, the Czech Republic, the United States of America, Switzerland, South Africa and Turkey), array in which they are inserted despite some distinctions. Some of the weapons are sometimes turned to militias operating in Yemen or other countries, periodically producing position statements, denials, controversies, also for reports of violations of human rights and for the widespread use of illegal prison practices by Emirati security corps. 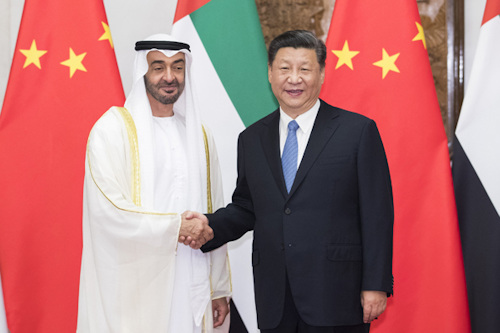 There is no shortage of direct investments in the arms factories, as in the case of the French acquisition Société Chapuis Armes, purchased by the important Emirates Defense Industries Company in 2018. According to some estimates, about 12% of the weapons produced in Italy are purchased from the Emirates.

The Arab Gulf countries have long had consolidated relationships with the United States in matters of security1, however, some small cracks or misunderstandings seem to open up sometimes, also due to the often rather crude ways of US foreign policy. In this situation, taking into account the strong Chinese expansionism and the more sophisticated methods of the Chinese strategists on average, a progressive distancing cannot be excluded in the future. China, for example, imports most of its oil from the Persian Gulf, and has also increased imports of other products in recent years. At the end of the millennium, according to the Financial Times, the annual trade volume between China and the United Arab Emirates was $ 2 billion, while it has now exceeded $ 50 billion and, before the start of the pandemic, the Emirati plans were to reach 70 billion. Although the target was not met due to coronavirus, collaboration between the two countries has continued over the past few months. The Emirates sent gloves and masks to China in the early stages of the epidemic, and China shared some medical knowledge with the Emirate's health authorities that helped the country deal with coronavirus once the outbreak had come. in the Gulf. The Gulf countries and China have also long started a fruitful collaboration in the field of technology. State telecommunications companies in the United Arab Emirates have awarded contracts for the 5G cellular network to Huawei, a Chinese company included in the US Department of Commerce's "blacklist", but the collaboration has also extended to other sectors. The laboratory for analyzing the swabs, for example, was carried out by means of one j between the BGI, a Chinese company for genomic analysis, and the G42, a group that deals with artificial intelligence and that is linked to the royal family of Abu Dhabi. 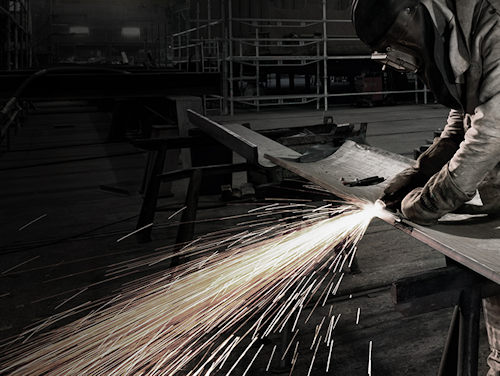 How do you get to presence in space? The turning point and acceleration took place in the last decade, in 2014 the Emirates Defense Industries Company (with majority share capital of Abu Dhabi) which in 2019 becomes the EDGE Group, which has an annual turnover of over 5 billion and includes five development areas: Platforms and systems, Missiles and weapons, Cyber ​​Defense, Electronic Warfare & Intelligence, Mission Support. In fact the purpose ofEDGE Group is to make the Emirates more independent from external supplies and to create its own sector market, as evidenced by the supply agreement for Kenya. The group, in the words of its CEO, is projected towards the future of new frontiers for new technologies, in the awareness that technologies will play an essential role in the short and medium term. Also in 2014 the UAE Space Agency was established. Among the principles behind the establishment of the Agency are the well-being of the population, support for the national interests of the UAE, contribution to the growth and diversification of the economy, promoting the status of the Emirates at regional and international level, ensuring free access and utilization of space. The massive investments have therefore made it possible to acquire and use high-level technologies in a short time.

This phase coincides with a series of war events in the region. It should be remembered that ten years earlier, in 2004, the civil conflict in Yemen had begun, which then exploded in 2015, causing much apprehension in the neighboring States as an example of internal destabilization based on the multiple Islamic sectarianism and on the historic division between Shiites and Sunnis. The UAE is part of the Saudi-led military coalition that supports one of the warring factions in Yemen. 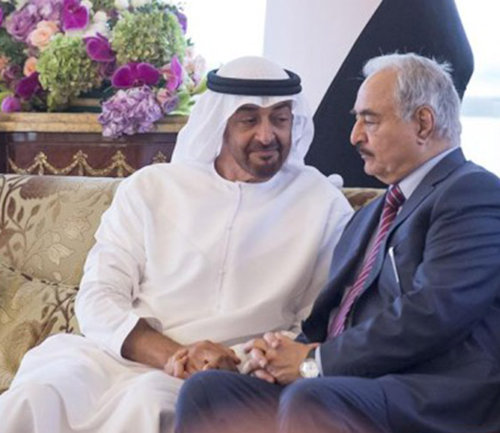 The Emirates are also present in the Libyan conflict, both by supporting Haftar with supplies of arms and by trying to play a role with the United Nations in resolving the conflict. The presence of oil terminals and the placement of Libya in the Mediterranean have a broad strategic weight that has not escaped the attention of the Emirate government. The Emirates are also very interested in Sudan, where a Dubai company is trying to manage Sudan's main port terminal, after having woven connections to control various other ports in the Horn of Africa. And these are not the only operations of presence in areas also geographically quite distant from their territory. Certainly the fear of internal instability fueled by factions and religious groups is a constant, over time, for many of the area's monarchies (and military dictatorships), but the Emirati's strategy appears broader. A careful and massive use of the mass media, moderate but symbolic internal social and cultural liberalizations, the large investments in technologies are the result, according to many observers, of the effective direction of Mohammed bin Zayed Al Nahyan, royal prince of Abu Dhabi Emirate Supreme Commander of the Emirate Armed Forces and, due to the health problems of President Khalifa bin Zayed (who is his brother), considered by many to be a fate of Emirati's shadow president. Graduated at 18 in the British military academy in Sandhurst, influential friend of many US politicians, Al Nahyan has guided the Emirates with undoubted ability but in recent years, despite his openings in the field of tolerance and social progress, he seems to increasingly share positions bellicists and some observers begin to have doubts about his future political reliability. A delicate situation considering the enormous military potential with which the Emirates have been endowed over the years.

This is the geopolitical and military context in which the space mission fits Hope in July 2020, with an Emirati spacecraft launched by a Japanese Mitsubishi carrier from central Tanegashima in southern Japan. The spacecraft should reach Martian orbit in about 5 months and remain there for a couple of years. The probe was built by a joint team of the emirates and two Arizona universities and built at the University of Colorado laboratory. The first space mission of an Arab country is therefore allowing the Emirates to quickly acquire high technology, to consolidate the role of technological guide in the area (or in the Islamic world), to project itself into a crucial strategic sector with increasing weight, to increase the its political and military power. 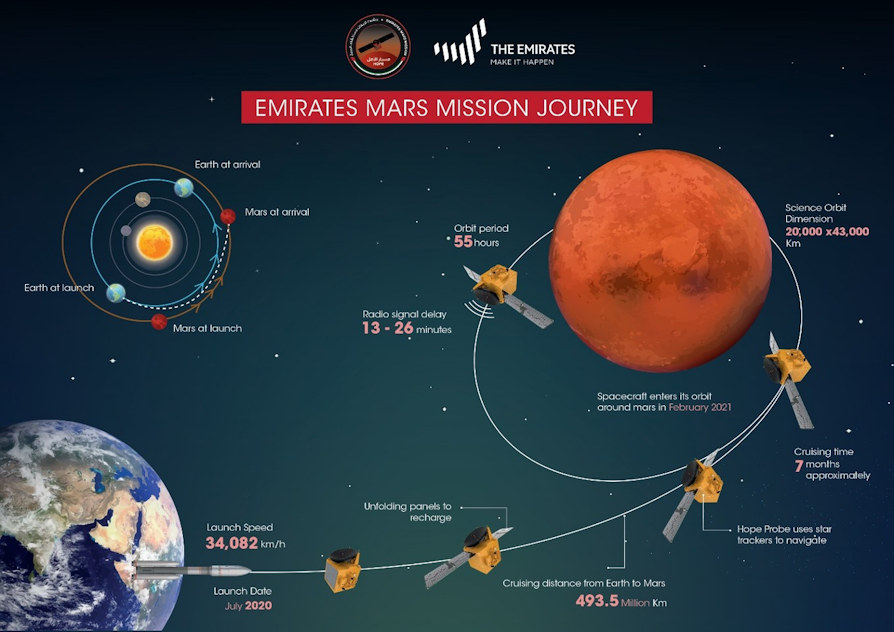 1 The United States has various naval and air bases in Quatar, the Emirates, Oman, Kuwait, and a battle group associated with an aircraft carrier.

In recent weeks, at the Experimental and Joint Training Polygon of the Salto di Quirra (PISQ), in ...
11680
Read