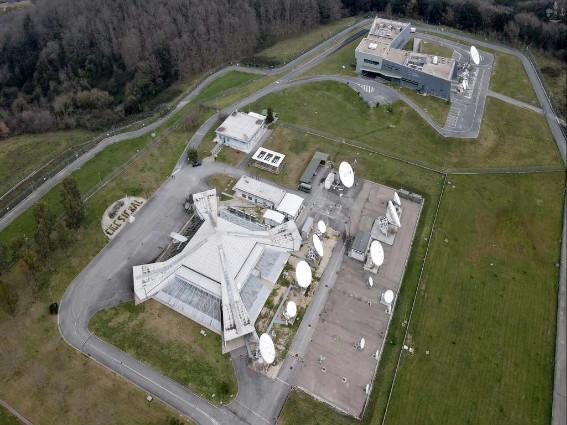 This morning, at the Francesco Baracca military airport, the alternation ceremony for the top management of the Space Operations Command (COS).

In the presence of the Operational Commander of Joint Forces Summit (COVI), general of the army corps Francesco Paolo Figliuolo, the brigadier general of the Air Force Luca Capasso, who has held the position of commander since the establishment of the COS, on 8 June 2020, has handed over the command to Brigadier General of the Army Luca Monaco, already serving in the same unit as Chief of Staff.

Under the leadership of General Capasso, the COS achieved theInitial Operational Capability (IOC) on 12 May 2021 and was engaged in numerous operational and exercise activities that involved all the national assets operating in the newly established fifth domain of operations.

In particular, during the first half of 2021, the first complex defense space operation was carried out, namely the re-orbiting (deactivation, decommissioning and relocation in the so-called "cemetery orbit") of an Italian satellite (SICRAL 1) for telecommunications, now at the end of its operational life. 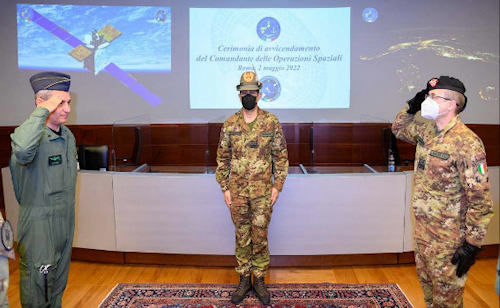 This event represented, even in the international field, a rare case of a space operation led by a military command and conducted entirely by personnel from the Defense space sector.

It is also worth mentioning the contribution guaranteed by the COS - in close coordination with the Space Situational Awareness Center (C-SSA) of Poggio Renatico - on the occasion of the launch of an anti-satellite missile carried out on 15 November 2021 by the Russian Federation on its own space asset (Kosmos-1408), which made it necessary to start a program of constant monitoring of the thousands of debris generated by the event. Furthermore, among the various exercises conducted in the same period, the COS participation in the French-led multinational exercise ASTER-X 2022 deserves particular mention, which represented an absolutely decisive opportunity to strengthen cooperation with France, of absolute interest. for Defense and for the country.

Under the direction of General Capasso, COS began operating in a very short time thanks to the support of the Defense Space Centers. In fact, the SICRAL Joint Control Management Center (CIGC SICRAL), capable of carrying out in-orbit control of Defense satellites exclusively with military personnel and entrusted with the management of military satellite communications (SATCOM), which guarantee support for numerous operational and training activities of the Armed Forces. 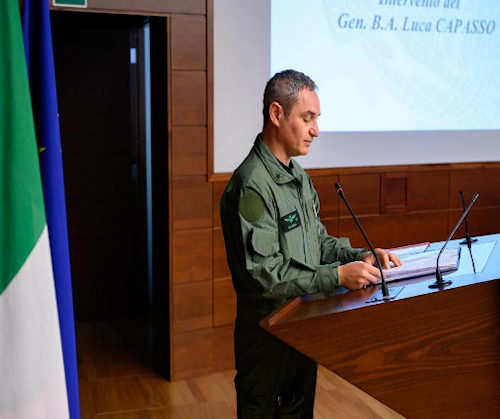 Through a technical link, COS coordinates the activities of the Joint Satellite Remote Sensing Center (CITS), an element of excellence in the intelligence sector for the evaluation and study of images coming from the constellations of earth observation satellites and Space Situational Awareness Center (C-SSA), which has the task of ensuring the monitoring, cataloging and tracking of spatial objects.

General Monaco, the new commander, will be responsible for completing the numerous projects that have been started in this first phase of implementation, among which the most important relate to the activation of the Space Operations Room (SaOS), the completion of the construction phase relating to the definitive headquarters of the COS, the consolidation of education, training and international cooperation programs.

As highlighted by the commander of the COVI, the passing of the baton between the transferring and incoming commander marks a further important step in the process of inter-force implementation of the fifth domain of operations, in order to continue to guarantee the Defense a leading role in the national context and international reference.