Home News armed forces Spazio Artemis: the return to the moon and the first ...

Artemis: the return to the moon and the first steps towards Mars 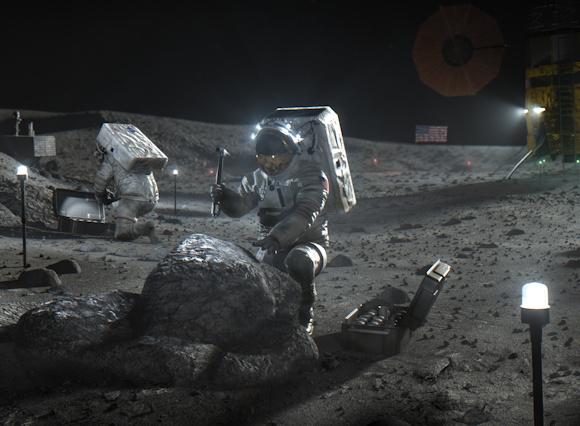 NASA made public the companies that will develop the human landing systems (HLS) who will bring humans to the moon for the Artemis mission1. A news that confirms the intention of the US administration and its partners, including ESA and JAXA, to want to resume the race to the moon and the red planet.

The Artemis mission is a breath of fresh air for the space sector as regards the human presence in space. Despite having in recent years numerous astronauts, including several Italians, engaged in missions on the International Space Station (ISS) it has long been that space agencies around the world have not gone further, except with satellites.

Artemis is certainly an ambitious program compared to the past, in which NASA will bring the first woman and the next man to the Moon by 2024, using innovative technologies for the exploration of the lunar surface. They will be the first humans to step on the surface of our natural satellite in this new millennium, being the last astronauts to have descended on the Moon in the distant 1972.

The primary objective of the mission is the establishment of a base camp that should be built in the late 20s. It would consist of three main modules between surface habitat, housing mobility platform and lunar vehicle. It should support missions lasting up to two months and will serve as a test bed for studying the technologies to be used on Mars. The base would fall under the jurisdiction of the Outer Space Treaty.

The goal is to create a sustainable exploration that can be used to learn more in view of the next leap: sending astronauts to Mars. 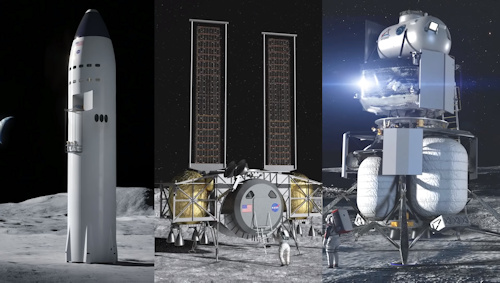 Cooperation of the private and commercial sector in this program is essential. The main partners are in fact the companies that have won these last contracts for the mission, namely SpaceX, Blue Origin and Dynetics.

"With these contracts awarded, America is taking the final step necessary to land astronauts on the moon by 2024, including the incredible moment when we will see the first woman set foot on the lunar surface."said NASA administrator Jim Bridenstine."This is the first time since the Apollo era that NASA has direct funding for a human landing system, and now we have contracts with private companies to do the work for the Artemis program.".

Great satisfaction especially for SpaceX. Founded in 2002, the visionary founder and CEO Elon Musk has never made any secret of the fact that the company was born with the ambitious intent of bringing man to Mars. To do this, the company has set itself the main objective of building a simple and relatively inexpensive reusable rocket, capable of being launched several times with the same capabilities as modern aircraft. The contract won by SpaceX is in fact related to the spacecraft, which the company is already developing to help colonize Mars and other exploration-related activities. The spaceship will detach from Earth on top of a huge rocket named super heavy, but the spaceship will land and leave alone on the Moon and Mars, without the need for other vehicles.

Blue Origin instead will lead a so-called "national team" which includes partners Lockheed Martin, Northrop Grumman and Draper. The proposal takes advantage of the experience of Lockheed Martin, Northrop Grumman and Draper in producing a three-stage lander. Each phase, or element, is launched separately on board the New Glenn and Vulcan launch vehicles. The "national team" has strong ties to both launch vehicles. New Glenn is operated by Blue Origin and Vulcan uses Blue Origin's BE-4 engine and Northrop Grumman's powerful GEM-63XL rocket boosters.

In recent days, Communist China and its space program have been protagonists, negatively, of the news ...
3927
Read