Home News armed forces Spazio AM: collaboration with re-establishment centers at the ...

AM: collaboration with research centers, universities and industry for the development of small satellite technology 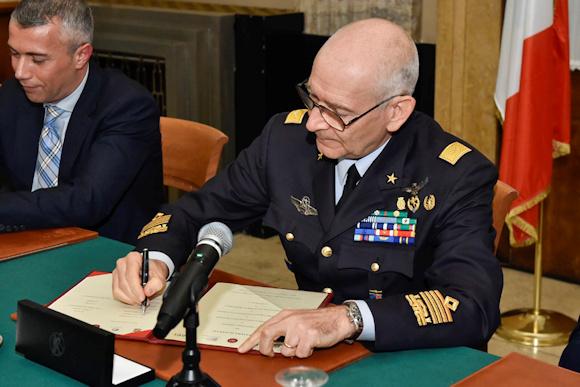 Launch small satellites into space directly from airplanes in flight: this is the subject of the letter of intent signed yesterday in Rome between the Air Force, the CNR (National Research Council, the University of Rome "Sapienza", CIRA (Centro Italian Aerospace Research) and SITAEL SpA, an Italian company specializing in the production of small-sized satellites, whose goal is to start a research and experimentation collaboration in the aerospace sector, in particular for a series of projects aimed at supporting the development of technology launch of small innovative satellites.

The signature to the letter of intent was affixed to Palazzo Aeronautica by the Chief of Staff of the Air Force, air squad general Alberto Rosso, by dr. Giambattista Brignone, general director of the National Research Council, from the Vice-Rector for Research, Innovation and Technology Transfer of Sapienza, prof. Teodoro Valente, by prof. Paolo Annunziato, president of CIRA, and by prof. Nicola Zaccheo, CEO of SITAEL SpA.

The letter of intent will be followed by a public notice for an expression of interest, through which all the national industries wishing to invest in the sector, both at large, medium and small companies, will be invited to participate in the initiative. The industries involved, together with the signatories of the Letter of Intent, will then participate in the definition of a framework agreement, whose signature will officially establish the start of activities for a feasibility study for the planning and testing of an airborne launch system. support for maritime and terrestrial observation and surveillance operations as well as telecommunications.

The use of aerial platforms for the launch of small satellites - which could also involve aeronautical aircrafts of the Italian Air Force - would lead to an increase in the number of possible launches, effectively eliminating the problems related to weather conditions and freeing oneself from the necessity of complex ground-based infrastructures, as well as a significant reduction in launch costs, at least for nano / micro / mini satellites. 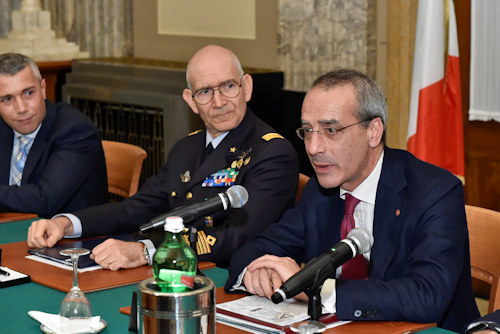 In particular, that of small satellite satellites is a field of research and analysis of great interest for the international scientific community that sees the Air Force - in the context of the Space Plan della Difesa - responsible for the development and promotion of sector studies for the launch of satellites from aeronautical platforms. These applications are also due to the evolution of space technology - increasingly oriented towards the miniaturization of electronic components - and the development of numerous applications for small satellites, which it is believed could become effective assets for various space applications in the near future, from that of Earth Observation to that, in continuous evolution, of telecommunications.

"With the start of this collaboration - said the chief of staff of the Air Force general of the air team Alberto Rosso - under the direction of the presidency of the council, we want to focus our attention and our professionalism on 'how' to get to space and on the distinctive capabilities of the Air Force that will enable access to it, allowing Defense and Italy to extend aerospace expertise from 20 km up to the threshold of the space conventionally placed at about 100 km. Today's commitment - continued the head of SMA - it is symbolic and concrete. We have managed to put together in an inclusive logic the niches of excellence of the space industry and of the academic and scientific world which, in synergy, with concrete initiatives, will allow the country to consolidate and expand its presence in the aerospace sector".

The agreement, which is part of the Defense programmatic lines for ever greater integration and collaboration between the armed forces, academia, research and industry in support of the community and as a contribution to national resilience, could also represent an enabling factor for development of further dual use technologies, such as those related to the super / hypersonic flight sector, in particular for the development of new propulsion systems such as pre-cooled engines (so-called air breathing). 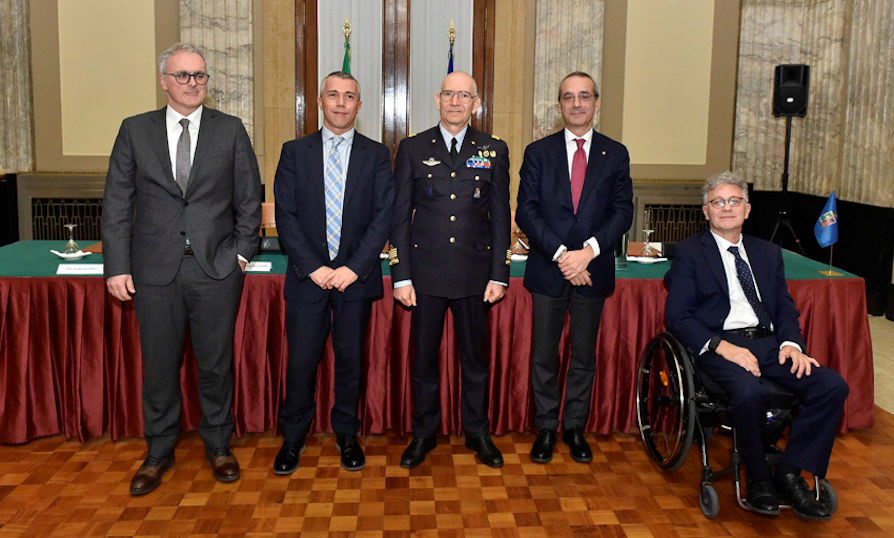