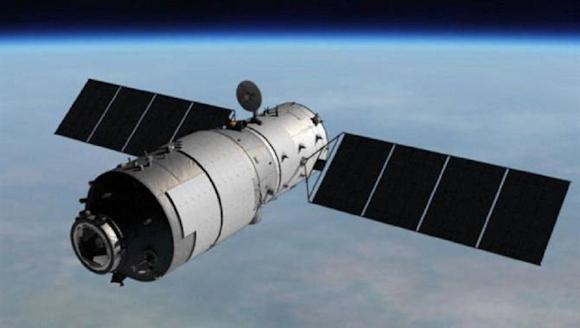 In the next few years, taking into account the growing crowding of low orbits, the monitoring and surveillance capacity of space will be increasingly important and the Air Force, in the context of National Defense, presents itself as a leading actor to play the role of service provider of a Space Situational Awareness (SSA) capability, which will also affect sectors such as Space Weather and Space Traffic Management. The SSA will overlap the defense capability of airspace, a priority institutional activity among those assigned to the Arma Azzurra. The capacity for monitoring and surveillance of space is a further demonstration of the skills of the Air Force in the space and aerospace domain.

In the recent case of the Tiangong, the reimbursement forecasts, updated with increasing frequency as the event approaches, were provided by the ASI, on the basis of predictions by various national institutions, including the Air Force, through the fundamental contribution of the Operational Center of Space Surveillance and Tracking (SST), established in 2015 on the Pratica di Mare grounds at the facilities of the Experimental Flight Department and currently operated by the personnel of the Aero-Space Engineering Group (GIAS). The Operations Center, active 24 hours a day during the last days prior to the event, conducted an experimentation campaign of the national SST architecture in support of the Civil Protection by providing return predictions. Fundamental to tracking the Tiangong the sensors located at the Interforces Polygon of Salto di Quirra and at the Polygon of Capo San Lorenzo and the MiTe military optical telescope of Pratica di Mare managed by the GIAS were revealed. The availability of measures tracking by the aforementioned sensors, together with the calculation capabilities of the Sea Practice Operating Center, they have made it possible to obtain very accurate estimates of the estimated time of return, also thanks to the close link of cooperation with the Joint Space Operations Center (JSpOC) American dislocated at the Vandenberg air base.

In recent weeks, at the Experimental and Joint Training Polygon of the Salto di Quirra (PISQ), in ...
11598
Read

As part of the ever closer international collaboration in the field of Defense and Security, in particular in the ...
2579
Read

The Air Force has activated a position of technical exchange officer at the US Space Force, within the ...
780
Read

The Space Situational Awareness Center (C-SSA) of the Italian Air Force, in its function as the operational arm of the ...
775
Read

In recent days, Communist China and its space program have been protagonists, negatively, of the news ...
3859
Read