Further operation of the Carabinieri in Palermo. the mafia mandates of San Lorenzo and Resuttana were canceled 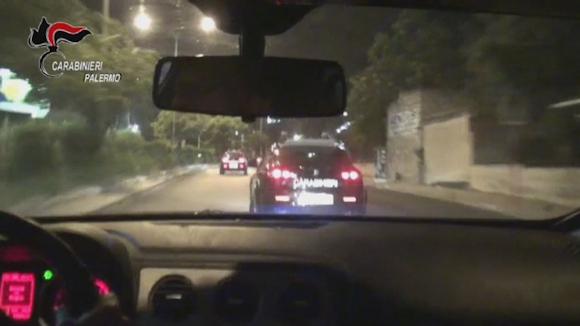 The Carabinieri of the Investigative Unit of Palermo, under delegation of the District Attorney's Office, are carrying out a restraining order issued by the judge of the Court of Palermo against 25 investigated, held in various capacities responsible for the Mafia association, consummated and attempted extortion, damage, personal aiding , receiving, all committed with the aggravating of the method and mafia purposes.

The investigation activity represents the logical continuation of the previous operations carried out towards the affiliates to the mafia mandates of San Lorenzo and Resuttana, such as "David" (2005), "Eos" (from 2008 to 2010), "Oscar" (2011 ) and, lastly, "Apocalypse" (June 2014).

Specifically, in August 2015 saw the appointment of Giovanni NIOSI who, thanks to the interest of Mariangela DI TRAPANI, became the regent of the Mafia mandate of Resuttana.

Right from the start, Sergio MACALUSO and Pietro SALSIERA showed great intolerance towards NIOSI, considering it inadequate and in bad faith, accusing him of multiple shortcomings, including:

the plea bargaining during the trial resulted from the operation "Farewell lace 5", a choice that violated the "pillars of the mafia etiquette" to which every man of honor must abide;

the lack of economic support of Tommaso CONTINO, which led to a real internal investigation aimed at verifying the veracity of the complaints of the son of the detained boss. In this context, Sergio MACALUSO, who in the past had already delivered money explicitly allocated to the maintenance of the CONTINO, retained in one circumstance part of the money coming from the extortion activity, refusing to hand it over to Giovanni NIOSI, fearing that he could appropriate it , as happened in other circumstances;

the hermeticism in the conduct of the extortion activities carried out by Giovanni NIOSI, keeping the other top affiliates in the dark that were not, therefore, in a position to assess the consistency of the "mafia cash";

the mafia direction projected on a vast territory that included the main families of the Resuttana and San Lorenzo offices.

The dismissal of Giovanni NIOSI was very long and complex and took place:

The massive development of the investigative root also allowed to reconstruct a good part of the subjective component of the San Lorenzo mandate that was directed by LIGA Francesco Paolo, authoritative man of honor of the Mafia family of Tommaso Natale and son of the lifer Savior called "tatuneddu ", Famous because it burned the corpses of his victims in the grid of his home in Fondo De Castro. LIGA Francesco Paolo was also interested in the process of the dismissal of NIOSI Giovanni because the latter assisted him in the operational management of the mandate. The investigations, in fact, documented that there was a strong synergy between the mandates of Resuttana and San Lorenzo due to the cancellation of the respective subjective components as a result of the Apocalypse investigation.

The investigative segment focused on the San Lorenzo district allowed inter alia to:

The "Talea" survey then offered a cognitive patrimony on the modus operandi of the mafia associates from which emerges a cross-section in which our own, however weakened by the investigative and judicial results, demonstrates its enduring ability to make use of the intimidation force and the constraint associative to subject merchants, bending them to accept the imposition of lace. And in fact 33 were documented criminal incidents, such as 22 extortions attempted and / or consumed against 5 business activities and commercial 17, fires and intimidation implemented through the classic mafia methodologies: in particular were recorded during the executive phases, the evening of 6 June 2015 in Palermo a serious act of intimidation against a commercial activity and the night of the 14 2015 a fire at the expense of a car dealership in Partinico.

In addition, the interest of the Mafia mandate of Resuttana emerged on the racecourse of Palermo, within which it was exercised a control of the races and bets, which allowed, in consequence, the mafia organization to find economic liquidity.

The hippodrome control took place through a contact person who pledged to pay, monthly, a sum of money earmarked for the mafia family of Resuttana.