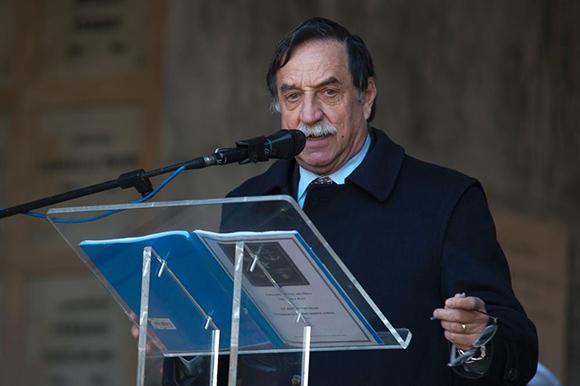 In light of the risk and the danger to which all countries are subjected, including Italy, huge security measures have been adopted by the Armed Forces, also in view of the past holidays.

Over seven thousand men in the national territory, two thousand of which in the Capital alone, are the numbers of the "Safe roads" for the control of the territory and the prevention of terrorist acts. During the past festivities, Army vehicles were also deployed near the Colosseum, as a preventive measure to prevent access to trucks and heavy vehicles, to avoid situations such as those that occurred in Berlin and Nice.

These are the results of the activity carried out declared by the Hon. Rossi, undersecretary of state for defense of the Renzi government and renamed by the Gentiloni government.

The military could be engaged in the future even at the re-opening of the CIE, the Identification and Expulsion Centers, announces the Hon. Rossi.

"Today we are facing a type of widespread, pervasive, delocalized terrorism. A more insidious terrorism because it is more unpredictable. We are witnessing an unprecedented war that operates according to unusual patterns", These are the words with which the undersecretary defined the terrorist attacks that took place in Europe in recent months, most recently that of Berlin.

"Berlin, like every attack that hit Europe and the rest of the world, has shaken us, but we must continue to live. Woe to stop living as we have done so far, woe to renounce our freedoms and let the terrorist front condition our choices. So we would just give the terrorists a gift. ”A phenomenon that, according to the numbers, seems to be less radicalized in Italy than in other countries thanks to the work of the anti-terrorist apparatus.

This assessment should not lead to underestimate the extent, argues the Hon. Rossi: "there are no countries or cities that are not at risk of terrorism. Italy must maintain, and we are doing so, the guard very high".

Italy has always been at the forefront of the fight against terrorism and over the years increasingly valid defensive and prevention strategies have been adopted, but "need more, we need a great pact of the Union. We need a qualitative leap in the collaboration between the Member States. Joint actions, common strategies, common legislation, common policies. A European security".

This is the point of view of the Hon. Rossi, which has included a common European action among the objectives and future strategic lines. To keep the attention on the terrorism threat high, there is, among others, Italy's commitment to cooperate with Libya, strengthened with the mission to Tripoli in recent days by the interior minister Marco Minniti, during which a new phase of cooperation between the two countries has also been launched in the migration sector, as well as in the fight against criminal organizations that exploit migrants.

The undersecretary, in reference to operations abroad, stressed that "in Libya, the Hippocratic operation sees the military medical personnel engaged in a collaboration with the Misurata civil hospital in favor of the civilian population. Even with this type of solidarity and human action, we contribute to defeating terrorism". And specifically on the role of Italy and the defense commitment in Libya: "We must support the Libyan navy because there are actually controls in its territorial waters ".