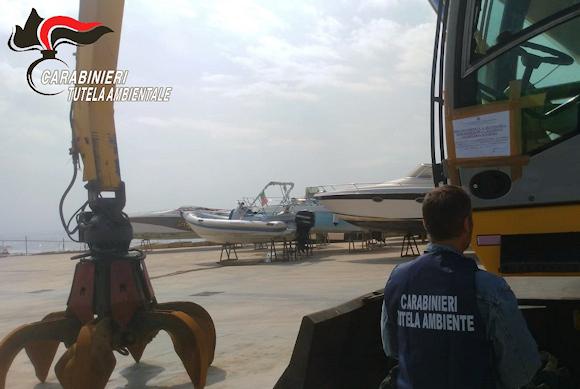 The NOE Carabinieri of Naples, during activities aimed at combating environmental crimes related to the urban and special waste cycle, intensified the checks aimed at verifying situations of environmental pollution in the “Vigliena-Pietrasa” coast of the municipality of Naples , with particular reference to industrial waste coming from private companies.

During the verifications, the NOE military ascertained that the industrial wastewater of a shipyard, used in the work cycle, was released in the absence of authorization for unloading, and without any treatment or purification, in the public sewer. Furthermore, at the time of the inspection, seabed dredging operations were in progress, near the cliff in front of the shipyard, without any authorization from the competent bodies, with storage of dredging sludge in an unauthorized area.

At the end of the investigations the shipyard - consisting of a shed of around 1.000 sqm and an external square of about 150 sqm, together with the self-propelled crane used for dredging and the muds removed, about 15 mc - was subjected to seizure.

The managers of the activity were referred to the Public Prosecutor's Office of Naples for:

The total value of the seizure amounts to approximately 500.000,00 Euro.