When the fight against crime pays 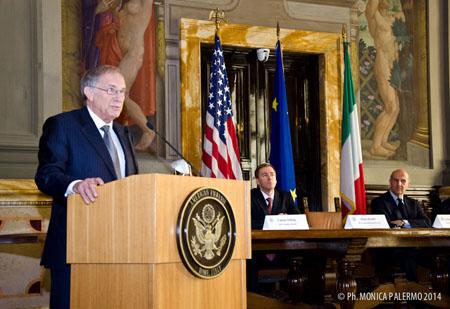 A symbolic check from 1.500.000 dollars was handed over to the Chief of Police, Prefect Alessandro Pansa, by US Ambassador John R. Phillips, this morning at the US Embassy.

The sum is the result of the seizure of illicit proceeds of a joint operation between the DEA (Drug Enforcement Administration) and the Italian State Police.

An operation to combat international drug trafficking called Fire & Ice, authorized by the Rome judiciary, which availed itself of the collaboration of DEA agents, the Italian State Police and the Rome mobile squad, in which several Italian undercover agents took part .

This synergy helped the DEA to discover millions of dollars, hidden by the narco-traffickers, who were deposited on active accounts of the Bank of America. 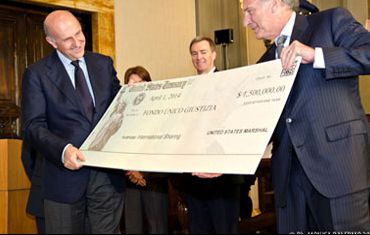 The US authorities confiscated 27 million dollars well. Faculty of the American justice department is sharing assets seized and confiscated with police forces from other countries.

The amount given to Italy is more than three times the amount used in undercover operations conducted in Rome.

This sum, destined for the Single Fund of Justice, marks an important step in cooperation on the subject and represents a significant step forward for the future of international investigations aimed at intercepting illicit proceeds in IT financial flows. 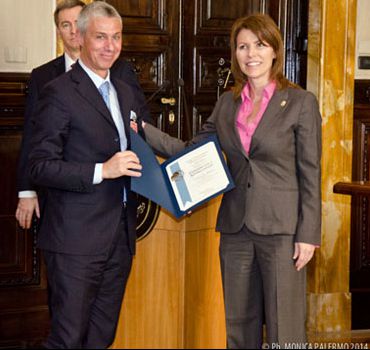 At the end, 6 certificates of commendation were handed out to police officers Vittorio Rizzi, Fabrizio Nastasi and Luca Armeni and prosecutors Giancarlo Capaldo, Rodolfo M. Sabelli and Giuseppe Cascini.

The operation begins in May 2008, when the DEA office in Boston tells the Rome office that an American undercover agent had been contacted by a Colombian to launder the proceeds of drug trafficking that were in Italy.

Cocaine was sent regularly to Italy by an organization dedicated to drug trafficking and recycling called "La Oficina de Evingado".

A month later, an undercover Italian policeman pretends to be a recycling expert and 200.000 euro in cash is handed over to him by the emissaries of the drug trafficking organization.

A few months later, another euro 75.000 is delivered to another undercover agent.

By bringing the utilities of Italian criminals under control, in contact with traffickers from Colombia, the Dominican Republic and Guatemala, the Italian police dates back to sums of money that entered the Republic of San Marino illegally.

In May 2010 the Italian police seizes 225kg of cocaine on a plane from the Dominican Republic. A few days later, those responsible for recycling and drug trafficking are arrested and 10.000.000 of euros is confiscated.