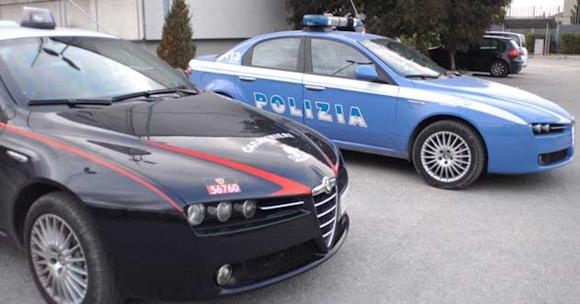 From today, the State Police and the Carabinieri Arma will use a common protocol when the respective patrols intervene in cases of gender violence, domestic violence and stalking.

The operators of the two Police Forces will proceed with equal and scientifically validated methodologies in the presence of a situation of violence to allow the Authority of Public Safety to adopt, immediately, the prevention measures to protect the victim through the Admonition of the Police Officer o the removal from the family home of the attacker pending the precautionary measures ordered by the Judicial Authority.

All the interventions of the patrols of the State Police and of the Carabinieri will be crystallized in a common module that will merge into a single database called Pythagoras, prepared since January 2017 for scientific purposes of analysis of the phenomenon and that already sees collected, for the only State Police, over 12.500 intervention cards with which it is possible to outline the following statistical picture of the phenomenon:


From today, also, Police and Carabinieri will adopt the LIANA project (Interactive National Antiviolence Assistance Line) that allows to unify, compare and homogenize the data related to the interventions for gender violence. This planning will make immediate verification of the existence of previous interventions in the same house or at the request of the same victim, often carried out alternatively between the State Police and the Carabinieri, even when the intervention was not followed by a formal complaint or lawsuit. Starting today, with the launch of the common procedures and the computerization of the modules in a single database, the State Police and the Carabinieri Police speak a single language in the fight against gender violence, the language of the victims.

The symbolism of Liana is particularly significant, a link, a link, a link between the victim of gender violence, for the 83% women, and the police who will have more operative tools to combat a phenomenon that still last year saw the death of too many women, a phenomenon that decreased compared to previous years but still constitutes a serious blood tribute to a still widespread sub culture.

But the LIANA project looks even farther. Already in four provinces, Modena, Venice, Milan and Palermo is active, on an experimental level, a service available to victims of domestic violence. Women who are victims can access a special protection program that allows them to alarm their telephone number at the police operations center that responds to the 113 emergency number. In the event of an emergency call from that number, the 113 operator will detect that the incoming call comes from a victim of domestic violence and, upon responding, will have on the monitor all information about the victim and his attacker with essential data, even those of geolocation, to ensure immediate intervention even if the victim is at that moment attacked and not able to give further indications. The project is rapidly expanding nationally and is expected to be completed during the 2019. The sharing of data with the Arma dei Carabinieri will make it possible to offer a similar procedure of intervention even to calls that will come to the emergency number of the weapon, the 112.

The progressive extension at the national level will allow the woman asking for help through the 112 / 113 to be recognized as a victim of gender-based violence in any part of Italy and regardless of the Police Force responding to the call. In all cases, the alarm will be detectable in the 112 / 113 operations center and the victim and attacker's card will appear.

The Carabinieri of the Nucleus Radiomobile of Messina, have reported two twins to the Public Prosecutor's Office of Messina ...
172
Read

On behalf of the District Attorney of the Republic of Catania the Carabinieri of the NOE of Catania, following targeted ...
150
Read

The carabinieri of the NOE of Sassari coordinated by the Public Prosecutor of the Sassarese Republic, at the end of complex and ...
186
Read