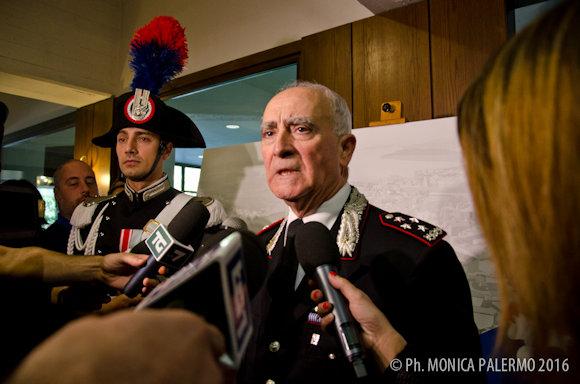 In the morning, in the Aula Magna of the Officers Carabinieri School In Rome, in the presence of the Minister of Defense Roberta Pinotti, the Chief of Defense Staff Claudio Graziano and the general commander of the Arma Tullio del Sette, the ceremony for the presentation of the 2017 Historical Calendar of the Carabinieri was held.

The tables of the Calendar, conceived and created under the artistic direction of Silvia di Paolo, were presented to the public together with the themes of the new edition of the Agenda, by television host Massimo Giletti.

The Calendar, now a cult object, has reached a circulation of 1.300.000 copies, of which almost 10.000 in other languages ​​(English, French, Spanish, German and Arabic), an index of both the affection enjoyed by the Praise, both of the value of its contents, which make it an appreciated editorial product, coveted and present in homes and workplaces, reflecting the fact that "in every family there is a Carabiniere".

Born in the 1928, after the post-war interruption from the 1945 to the 1949 the Calendar returned to live in the 1950 and since then has been punctual interpreter, with its tables, of the vicissitudes of the carabinieri and of the history of Italy itself.

The publication has a particular relevance for the Arma family, constituting a reason for cohesion around a simple yet significant object, as inspired by the values ​​in which each carabiniere is recognized, from one end of Italy to the other. 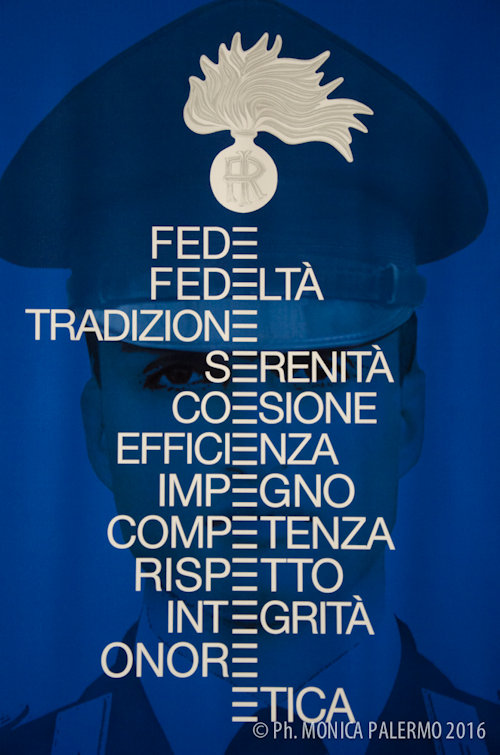 The theme of the 2017 Calendar is centered on the "Symbols of the Weapon", which are the visual representation of the essence of the Institution. They follow each other in the tables showing us the different styles with which graphic art has evolved over time, starting from the year of foundation of the Carabinieri, the 1814.

The 2017 Agenda, in a modern and functional format and with the insert dedicated to the "Music in the Weapon", presents us with a detailed historical excursus on the musical ensembles of the Weapon, from the mythical Band to the various Fanfare.

On the stage, with Giletti, the art critic Philippe Louis Daverio, the graphic designer Armando Milani and the director - superintendent of the National Academy of Santa Cecilia Michele Dall'Ongaro - talked about it.

The morning began with the screening of a first presentation video of the Calendar, followed by a second contribution dedicated to the preface written by the artist and philosopher Gillo Dorfles who, not being able to intervene in person, wanted to bring his own greeting to the participants.

Massimo Giletti then opened the discussion by involving Philippe Louis Daverio, Silvia Di Paolo and Armando Milani in a multi-voice commentary on the calendar tables.

The event continued with the screening of two video clips, the first on the Agenda and the second on the introductory text signed by Sir Antonio Pappano, musical director of the Accademia di Santa Cecilia.

Giletti then invited Michele Dall'Ongaro to illustrate the contents of the agenda.

At the end the general commander Tullio Del Sette greeted the authorities and guests present and spoke about the works presented.

He first highlighted the "aesthetic and functional" renewal of the new agenda, with a "modern style, attentive to technological innovations", for the first time also available in English.

He then went on to describe the calendar, which this year is "... the result of an accurate and innovative aesthetic research on cultural aspects that combine attention to the History of Art with the distinctive signs and the history of the weapon", emphasizing the call "to the moral values ​​that have always supported and distinguished his work at the service of our communities, of every citizen and especially of those most in need. Values ​​that must be perpetuated and reaffirmed over time because they constitute the moral basis of a founding and irrepressible way of feeling, which makes the weapon a cohesive, reliable and efficient force ", an institution" ... modern and dynamic, looking to the future that look with justified optimism and renewed vigor ". 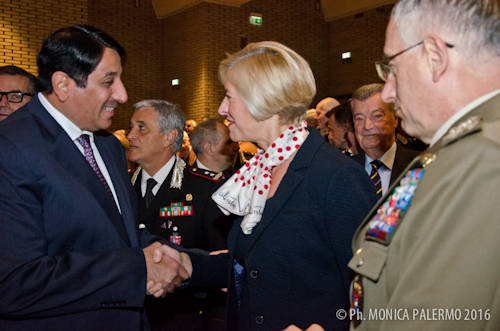 Then the Defense Chief of Staff Claudio Graziano took the floor, highlighting the continual renewal of the calendar, which through the symbols represented in the tables gives the essence of the Carabinieri, an Armed Forces service permanent Public Security.

The meeting ended with a speech by Minister Pinotti who stressed that "... it was not just the presentation of the calendar and the agenda, it was a cultural moment ... not at all rhetorical and very significant to share ... and mature new thoughts ... A path that allows you to recover the most significant symbols and signs in the history of the carabinieri and at the same time to connect this with modernity ". An ancient and at the same time modern weapon. 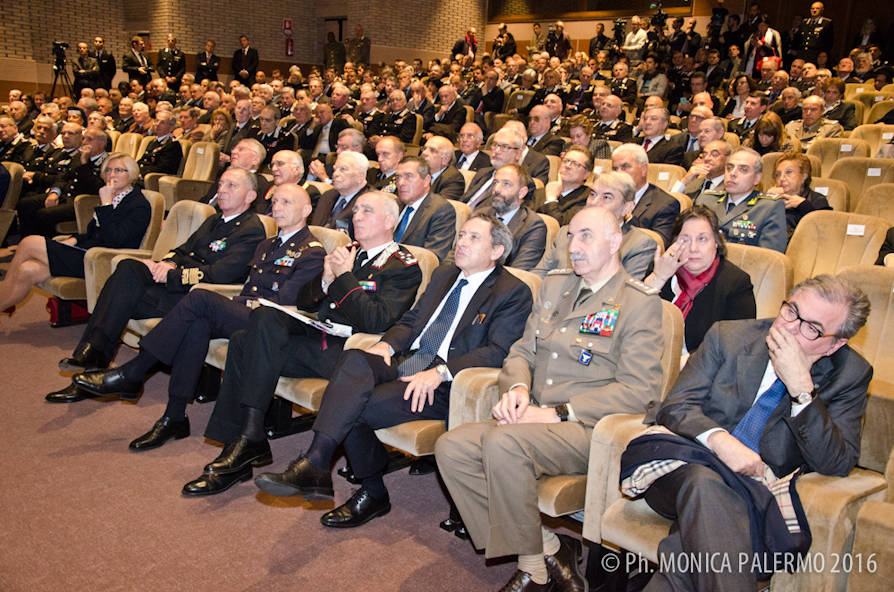 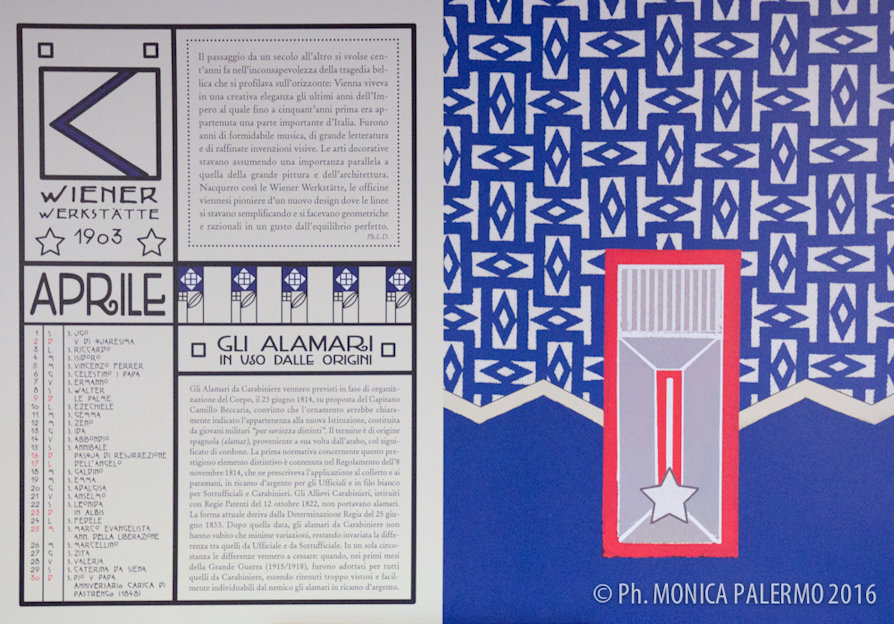 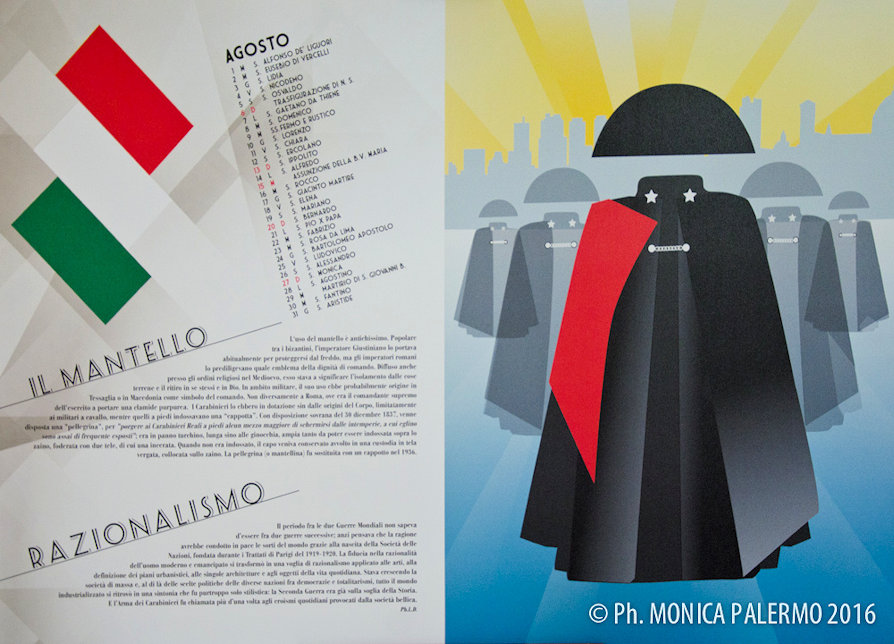 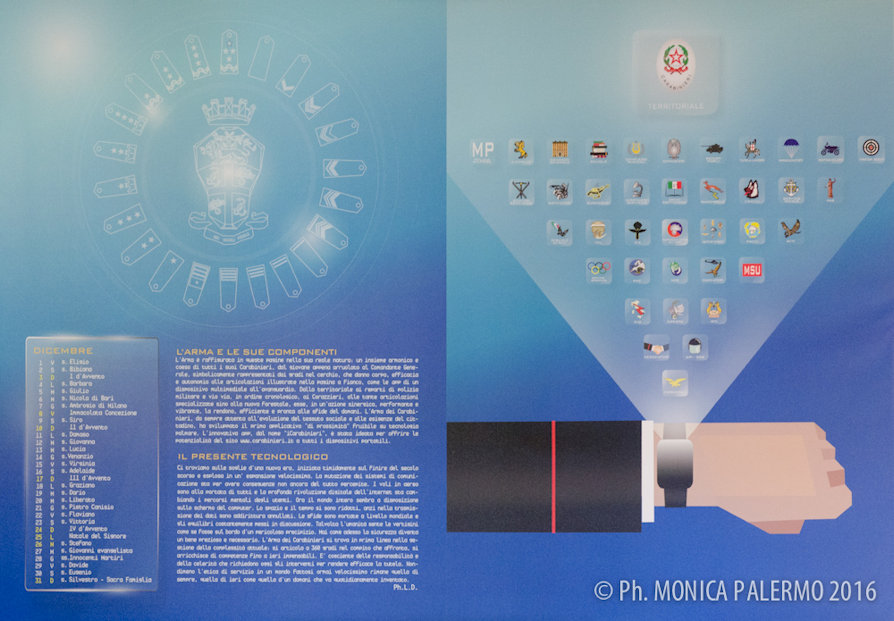 During the night, the carabinieri of the ROS and of the Provincial Command of Milan carried out an Ordinance of ...
1133
Read