Palermo: Undersecretary Rossi commemorates the victims of the mafia 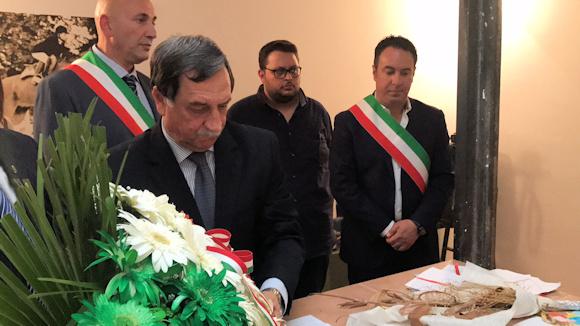 From San Giuseppe Jato to San Cipirello, Undersecretary of State for Defense, Domenico Rossi, in the 25th anniversary of the Capaci and Via D'Amelio massacres, he spoke of legality and honored the memory of those who sacrificed their lives in the fight against the mafia . Going through the country roads that lead to the place where the 11 January 1996 was killed and the little Giuseppe Di Matteo was killed and acid dissolved, the undersecretary paid tribute to the memory of all the child victims of the mafia, reiterating "the incisiveness and the firm will of the government in the fight against the mafia".

"Human wickedness has no limits, these places and the brutal actions of the mafia executioners bear witness to it"commented Rossi who for the first time visited the well and the rooms where he was detained for 779 days giuseppe Di Matteo,"a brutality that we are reliving today in different forms in the terrorist attacks which are increasingly unpredictable and which strike indiscriminately".

Finally the undersecretary Rossi wanted to underline also how much "the whole of Sicily, above all, in this last period, is showing an extraordinary welcome towards immigrants. A land that should not be sadly remembered for mafia events but for the hospitality of its people and for the beauty that so many other nations envy us".