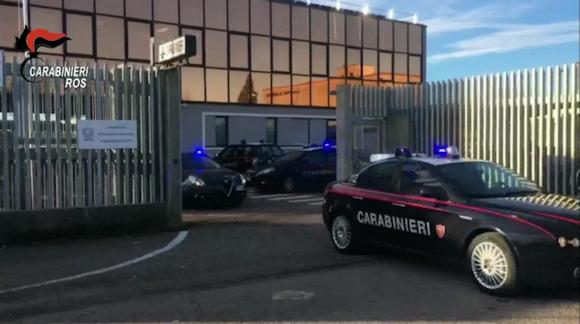 This morning the ROS Carabinieri, supported by the Provincial Command of Verona, Venice, Vicenza, Treviso, Ancona, Genoa and Crotone and the use of the Helicopters of Bolzano and Belluno and of the Dog Units of Padua, have performed 20 searches and 7 provisions precautionary measures (5 in prison and 2 at home) charged to 15 people, investigated in various ways for the crimes of extortion, violence or threat to force to commit a crime, fraudulent transfer of values, resistance to PU, fire, threat, attempted procedural fraud, aggravated by being in some cases committed by making use of the "mafia modalities" in Article 416 bis n.1 CP.

The investigations, initiated with the District Anti-Mafia and Antiterrorism Direction of Venice and conducted by ROS, addressed the members of the Cutrese family of the MULTARIES, linked to the cosca of Grande Aracri Nicolino and composed of the brothers Domenico, Carmine and Fortunato, as well as Antonio and Alberto, sons of Domenico, for years responsible for serious illegal conduct committed, with the complicity of subjects residing in the provinces of Crotone and Venice, with the aggravating circumstance of the "mafia method". 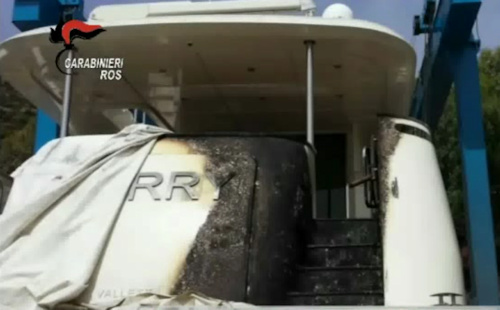 The investigations have been able to identify numerous illicit conducts among which, in addition to the extortion of some Venetian entrepreneurs, some fires were committed in 2015 while they were moored in the port of Alghero (SS). The vessel, subject to litigation with the buyer due to serious structural defects established by the latter, had to be destroyed in order not to allow the execution of the appraisals. After an attempt that had only partially ignited the boat, the intervention of the ROS Carabinieri had prevented the reiteration of the crime.

Although Domenico MULTARI had suffered the measure of asset prevention of the seizure of assets, he had succeeded in preventing the improvement of the auctioning procedure of the properties seized through simulated sales contracts with migraines and with threats and violence against Public Officials who , on several occasions, they went to the homes of the MULTARES, for which the auction had been established by the Civil Court of Verona, in an attempt to desist any interested parties to purchase the buildings after having viewed them, with the consequence that the auctions were deserted and the properties purchased at extremely advantageous prices from the names of the same MULTARES.

The "Terry" operation made it possible to ascertain, for the first time from a judicial point of view, the presence in Veneto of a criminal group of Calabrian origin, linked by family ties, rooted in Veneto and responsible for serious crimes, committed with the typically mafia ways. At the same time, he also noted that entrepreneurs and ordinary citizens, fully aware of the criminal depth of MULTARI Domenico, who publicly boasted of it in order to obtain the complete psychological subjugation of his interlocutors, addressed him to solve any kind of problematic. economic and private, preferring it to the state apparatus.