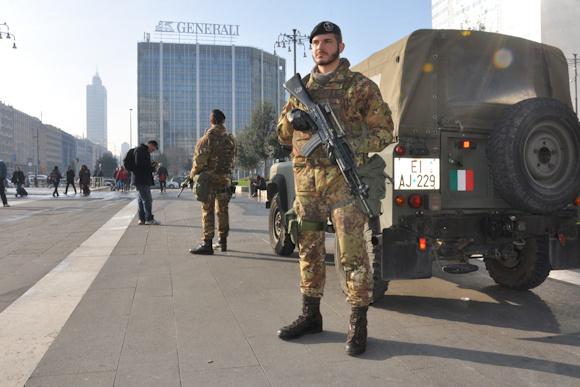 This morning, near the Piazza duca d'Aosta in Milan, a citizen of presumable foreign origin tried to attack behind a soldier employed in the "Safe Roads" Operation.

During the scuffle, during which a soldier suffered a slight neck injury, the subject was promptly immobilized by the soldiers thanks to the techniques acquired during training in the military combat method.

Subsequently, the attacker was handed over to the Police Forces while the soldier was taken in green code to the Fatebenefratelli hospital in Milan.