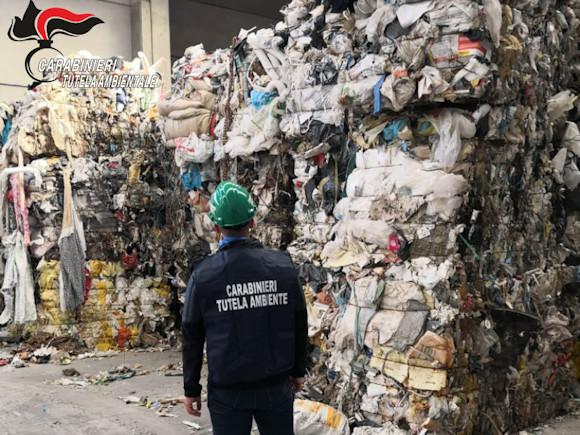 The carabinieri of the NOE of Sassari coordinated by the Public Prosecutor of the Sassarese Republic, at the end of complex and in-depth investigations, started since the 2015, following the discovery by the military, of a vast area of ​​four hectares, used as a landfill for hazardous special waste (waste of phosphorus chemical processes and phosphorous waste with the presence of "natural radionuclides") in the petrochemical center, in an area called "phosphorous palte" located within the area managed by Syndial Spa, falling in the SIN (National Interest Site), subject of environmental remediation operations, already subjected to preventive seizure, notified the notice of conclusion of the investigation and guarantee information, issued by the aforementioned judicial authority, against three executives of the ENI Group company, specialized in environmental remediation of industrial sites.

The accusatory hypothesis is that of having created and managed in the aforementioned area, from 2011 to June 2015, an unauthorized landfill of hazardous special waste, thus committing a fact aimed at causing an environmental disaster, from which a danger could arise for the public safety, allowing also the spillage into the groundwater and onto the ground of runoff water.

On the site concerned, remediation operations have been started.

The Italian Army, always at the forefront of major national emergencies, is once again called upon to compete ...
869
Read

The field hospital made available to the Civil Protection three days ago by the ...
322
Read

The resourcefulness in violating the prescriptions of the emergency rules dictated by the government has provided the last step ...
530
Read

In the early hours of this morning, 27 November, soldiers of the ROS, of the Locri Group, and of the Helicopter Squad ...
313
Read

The NOE Carabinieri of Naples, during the activities aimed at combating environmental crimes related to the cycle ...
161
Read

The Carabinieri of the Nucleus Radiomobile of Messina, have reported two twins to the Public Prosecutor's Office of Messina ...
192
Read

The president of the Defense Committee of the Chamber, Gianluca Rizzo, of the five-star Movement, writes in a note on ...
110
Read

The NOE Carabinieri of Naples, during the activities aimed at combating environmental crimes related to the cycle ...
103
Read

The carabinieri of the NOE of Sassari at the conclusion of complex and in-depth investigations, started following the vast ...
258
Read