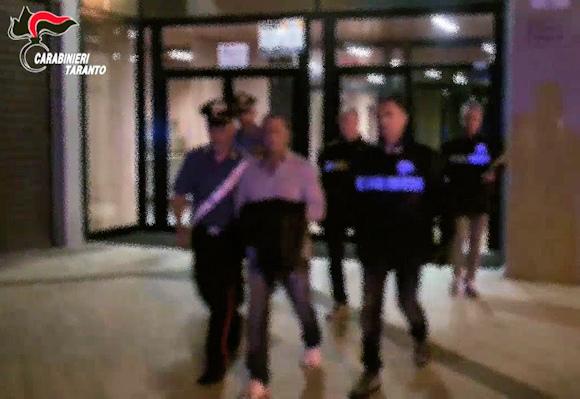 In the early hours of the morning, the Carabinieri of the Operative Alienot of the NORM of the Taranto Company, assisted in the executive phase by soldiers of the Provincial Command of Taranto, with the support of a helicopter of the 6 ° Elinucleo Carabinieri of Bari Palese and staff of the 11 ° Puglia Regiment, have implemented, in the Ionian capital, to 6 precautionary measures (5 in prison and 1 under house arrest), issued by the GIP of the Court of Taranto, Dr. Vilma Gilli, at the request of the Sost. Prosecutor of the Republic at the same Court, dr.ssa Giovanna Cannarile, against the same number of subjects, held responsible, for various reasons, of continued wear and competition and abusive financial activity to the detriment of private individuals and professionals in Taranto and aggravated fraud against the state.

The investigations, initiated in October 2016 by the Carabinieri of the Operational Station of the Taranto Company and coordinated by the local Public Prosecutor's Office, have shed light on a vast, persistent and consistent activity of usury and abusive financial activity, promoted by original subjects and residents in the capital ionic (some of them with a criminal record even for similar and specific crimes). The arrested are:

The investigative activity concluded with today's operation, was initiated by the Operational Offices of the Carabinieri Company of Taranto following a complaint filed by a freelancer harassed by repeated and constant requests for large sums of money advanced by the subjects from whom he had obtained loans in order to cope with the precarious economic conditions in which it found itself, also due to the crisis in the sector in which it worked; this has allowed us to bring out an activity of usury by the suspects who, often interacting with each other, also in order to favor mutual illicit conduct, have granted loans at illegal rates, not only to the first victim, but also to others. subjects (ten in all), including traders and pensioners, who paid for various reasons, among them the continuing economic crisis, in conditions of need. 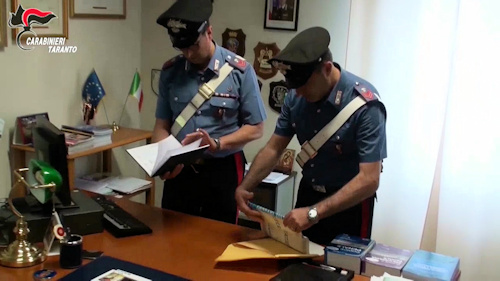 The rapid investigations, declined in the extermination of victims, witnesses and people informed on the facts, in telephone tapping, acquisition of printouts and direct activities of the judicial police, such as observation, control and tracking, allowed the military to document the criminal dynamics , focusing numerous and repeated episodes of usury injuries committed against various individuals with the aggravating circumstance of having carried out such behaviors towards subjects that carry out entrepreneurial activity and in a state of need.

The investigations have revealed a particularly lucrative activity, with regard to the interest rates applied and the duration of loan relationships, managed in a fluid and widespread manner with punctuality in the symptomatic collection of the habitual conduct. There was even a resolution of the loan (with regard to Franco D'ALCONZO) through the related balance by collecting two bank checks, held as collateral.

In particular, PAVESE, in an interview with one of the victims, threatened him by mentioning him, with a clear and intimidating end, to be part of "a team of Drums " .

At the end of the investigations, a profile of extreme disrespect was outlined by each investigator, so much so that he organized this activity in an almost business alongside it also to the work activity carried out. In fact, D'ALCONZO Franco, ZONILE, PAVESE and GUARINO, although they were working, devoted themselves to the usual activities.

In various circumstances, as emerged both from the victims' complaints, and from the interception of telephone conversations, the arrogant, arrogant and shameless, have faced the weary with explicit and harsh sentences ("do you want to put me to the test of what I am capable of doing?") Threatening them with violent consequences, should they not have their debt healed quickly ("and I'll show you how I open your head in two " - “you must have slaps in the face ").

At the same time, as part of the investigations, at PAVESE, clerk and usher at the Prefecture of Taranto, the crimes of aggravated fraud against the state were also challenged, having emerged that, even though it regularly resulted in the workplace, in The time frame between November 2016 and February 2017, was in other places including some countries of the province, without a justified reason. This data was ascertained at different times by the analysis of his cellular apparatus which, subjected to interception and permanently used in it, has hooked repeater bridges located in different areas far away from the via Amphitheater - road artery in which the offices are located. of the Prefecture.

All those arrested remain permanently in Taranto and, from the analysis of the criminal events detected, they moved with analogue modus operandi so summarizable:

During the investigative activity, a decisive "response" was made when, in January of the 2017, during the searches carried out by the Judicial Authority, an agenda and a complete calendar of the 2017 held by some victims, on whom there were unequivocal annotations about the donations of money (by way of restitution) to some of today's arrested persons, some of whom were indicated with diminutives and nicknames expressly attributable to them as a result of completed identification activities.

During the execution they were found and subjected to seizure:

The activity was conventionally called "Bitter coffe" in relation to the words pronounced - evidently in a cryptic way - by the suspects when they have summoned the victims for the exactions of the sums of money or more simply to agree and plan them. As a matter of fact, the suspects, in telephone conversations, tried to disguise the end of the meetings with the reference to the invitation for a coffee ("And coffee we do not take it this morning?") or again with other terms sibillini (sausage, shares, pills, refrigerator) opting in other circumstances for clearer and brazen sentences and tones ("you have to give me the money ").

In summary, as part of the procedure, in which a total of 6 persons are investigated, the GIP of Taranto issued OCC charged to all for the crime of aggravated wear, continued and in competition (Article 644 - 81 - 110 cp), abusive financial activity (Article 132 Legislative Decree No. 385 / 1993) and aggravated and continued fraud damage to the State (Article 81 - 640 Co. 2 No. 1) ordering custody in custody charged to 5 subjects and 1 under house arrest as better specified in the attached list. Those arrested in prison have been translated to the district house of Taranto.

ASSOCIATED WITH THE CIRCUMENTAL HOUSE TARANTO:

During the night, the carabinieri of the ROS and of the Provincial Command of Milan carried out an Ordinance of ...
1119
Read