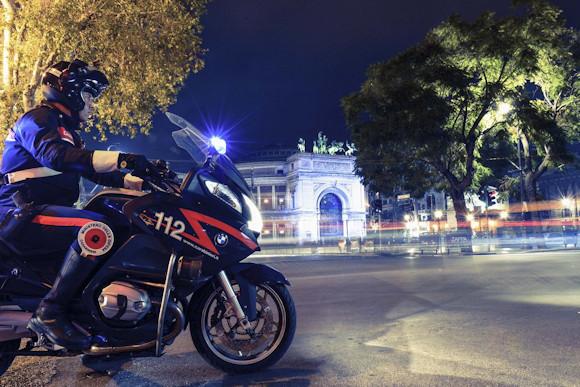 The Carabinieri of the Investigative Unit of Palermo, under delegation of the District Attorney's Office, are carrying out a restraining order issued by the judge of the Court of Palermo against 17 investigated, held in various capacities responsible for Mafia association, extortion, attempted murder, robbery, illicit possession of weapons and ammunition and fictitious heading of assets.

The investigative activity represents the continuation of previous operations carried out towards the affiliates of the mafia leader of Porta Nuova, such as Pedro (July 2011), Hybris (December 2011), Panta Rei 1 and 2 (December 2015 and November 2016), and allowed the disarticulation of the current organization chart of the mafia family of Borgo Vecchio, identifying the assets and the relative dynamics through the numerous activities of audio / video interceptions and the contribution of two collaborators of justice, former apical exponents of the aforementioned criminal association.

In 2015, certain to be arrested because of the collaboration with the justice of CHIARELLO Francesco, the TANTILLO brothers Domenico and Giuseppe, then regents in Casa del mafia family of Borgo Vecchio, took the due precautions obtaining the consent from the top of the mafia leader of Porta Nuova so that their successor was already identified in GANCI Elio, released in November of that year after having taken a conviction for the offense referred to in art. 416 bis and extortions committed on behalf of the same association.

The aforementioned made use of BONANNO Fabio, D'AMICO Salvatore, MICELI Luigi and CANFAROTTA Domenico, delegates to take care, with the help of the other arrested, the financial support to the family members of the prisoners, the extortion activities and the control of the sales square in the territory of mafia competence: all activities necessary to take illicit profits and to have the capillary control of the territory.

In particular, it emerged that extortion activity continues to be a primary form of sustenance for the association: through the the discovery of the so-called "master book" and the autonomous acquisition of numerous evidence was reconstructed 14 extravagant stories to the detriment of entrepreneurs and traders in the reference area, forced to pay a What our sums of money to avoid retaliation which, in some circumstances, have occurred and have been promptly documented.

In this context, some entrepreneurs and traders were heard e confirmed the impositions of What our.

They have been also seized various commercial activities attributable to What our, headed by nominees and initiated, in different parts of the city, through the laundering of illicit proceeds.

In addition, the investigative findings revealed the responsibilities of the the authors of a shootout occurred the evening of 4 March 2015, in the central square of the Borgo Vecchio district, between the TANTILLO and the members of the family of RUSSO Francesco who, from 2006 to 2008, had held up that mafia and intended, in fact, to take back the reins.

In the circumstances, the two factions were opposed by the explosion of numerous gunshots: the seriousness and public clamor aroused by the incident induced CALCAGNO Paolo (regent pro tempore del mafia leader di Porta Nuova, currently detained) and other leading members of the Mafia association to intervene immediately against RUSSO Francesco who would have been removed from the district if he had not respected the hierarchies of the time.

Finally, the authors of a robbery, the evening of 26 June 2011, inside a residence of the Borgo Vecchio district, where a victim was injured by the explosion of gunshots: the commission of that offense had not been authorized and, therefore, the perpetrators were then physically assaulted by the members of themafia leader of Porta Nuova and from the same vertices of the mafia family of Borgo Vecchio.

During the night, the carabinieri of the ROS and of the Provincial Command of Milan carried out an Ordinance of ...
1133
Read