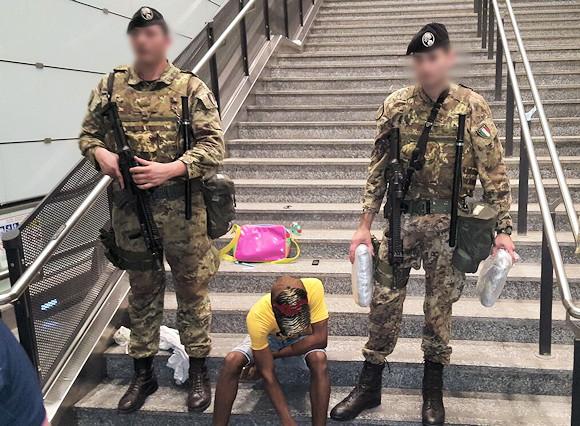 It happened late yesterday, at the metro station C "Pigneto", during a check by personnel of the Army belonging to the Lazio-Umbria-Abruzzo group, which operates under the command of the Granatieri di Sardegna brigade in the of the "Safe Roads" operation.

Upon exiting a subway car, the elusive attitude of a non-EU citizen carrying a backpack attracted the attention of the soldiers, on duty at the 1st grenadier regiment, who watched the platform. The grenadiers deepened the control and invited the young man to open the backpack thus finding 2,125 kilos of marijuana.

Immediate intervention by a patrol of state police officers from the police station of Castro Pretorio who, having taken over the military report, proceeded to arrest and seize the drug. Conducted at the Trevi Viminale police station, the young man, after the ritual identification checks, was transferred to the Regina Coeli prison waiting to appear before the judicial authority.

With the qualification of public security agent, Army personnel are employed in synergy with police forces as part of the "Safe Roads" operation, which began the 4 August 2008 for the surveillance of sensitive sites, including the main metro stops in the capital.