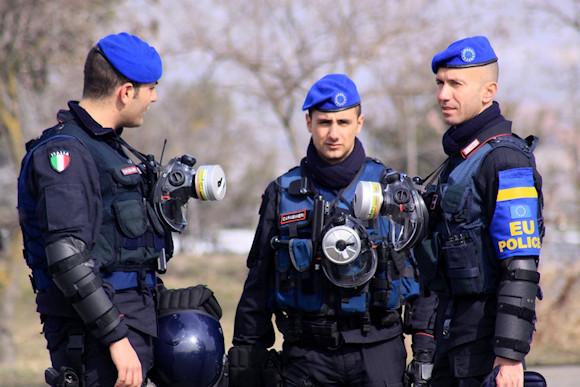 "In these times of tension in Kosovo, the EU rule of law mission EULEX fulfills its duty to ensure stability: gendarmes from the European gendarmerie force and carabinieri landed tonight to temporarily strengthen the EULEX formed police unit . EULEX will continue to support a safe and secure environment ", said the EU High Representative in a Twitter post.

The situation in the Balkans is increasingly tense and the military will set up the RFPU (reserve police unit) together with other members of the European gendarmerie employed under the aegis of EUROGENFOR and will be called upon to strengthen the forces on the ground to better support the Kosovar counterpart. as a second safety responder if necessary.

The Kosovo Security Response Mechanism is structured on three levels: the first is the FPU (Kosovo police) formed by Polish agents, the second EULEX extension and the third K-FOR (NATO-led force).

Already last March the EULEX contingent had been implemented with the arrival of 70 French and Portuguese units (see article "The EULEX mission strengthens its contingent"). Since this summer, the formed police unit (FPU) has implemented patrols in the north of Kosovo and has intensified cooperation with the NATO K-FOR mission in order to become more aware on the ground of the new critical issues that the Kosovo security is facing.

A few weeks ago the head of the press and public information office and spokesperson for EULEX, Ioanna Lachana, in an interview with an Albanian broadcaster stated that “EULEX remains vigilant on the security developments of all peoples in Kosovo. Currently, the security situation in northern Kosovo is calm but tense. Our police unit carries out daily reconnaissance patrols in northern Kosovo to raise our awareness of the situation. As the second Kosovo security responder, we also maintain close coordination with the Kosovo police and with KFOR, the first and third security rescuers respectively. At the request of the Kosovo police, we are ready to act as a second security responder to help reduce tensions and protect everyone from any threat, regardless of their ethnicity, age or gender. Our "Rapid Reaction Force" is on standby 24 hours a day in Mitrovica and has a 15 minute response time. If necessary, the Mission can also deploy a police unit formed from the reserve to enhance its field forces and operational capability. To test operational readiness and ensure coordination of all security rescuers, EULEX, KFOR and the Kosovar police are conducting periodic joint exercises. The safety of women, men, girls and boys of all communities in Kosovo is the key priority of EULEX and we will do what is necessary to support the stability of Kosovo and contribute to the security of its population "3

Very briefly we can say that EUROGENFOR was born at the end of the European Council in December 2000. Five states, Italy, France, Holland, Portugal and Spain proposed to join forces and create a rapidly operational security force in the security sector. The main objectives were to provide Europe with a force capable of conducting police missions in crisis management operations and to offer the states participating in EU operations a multinational operational structure. It was therefore decided to create one “Gendarmerie force, called EUROGENDFOR, which would have been operational, pre-organized, robust and rapidly deployable to carry out all police duties”. EUROGENDFOR can be made available not only to the EU but also to the UN, the OSCE, NATO and other organizations and coalitions. The peculiarity of being able to cover police and military functions guarantees the necessary flexibility to operate under a civil and military chain of command. EUROGENDFOR can manage international crises as a tool to act in a hostile environment and with a rapid deployment capacity on the ground.

Members of EUROGENDFOR, in addition to the Carabinieri, are the French National Gendarmerie, the Spanish Guardia Civil, the Portuguese Guarda Nacional Republicana, the Dutch Marechaussee, the Romanian Gendarmerie, the Polish Military Gendarmerie, as well as the Turkish Gendarmerie, which plays the role as an “observer”, and the Lithuanian Public Security Service, as a “partner”.

The political-strategic management body is CIMIN (Comité InterMInistériel de haut Niveau), which also carries out functions of political-military coordination between the various countries. On a technical level, a Working group (WG), made up of representatives of all the institutions belonging to Eurogendfor, which meets periodically to investigate issues of common interest and to support the decision-making activity of CIMIN.

1 regiment framed in the 2a mobile police brigade, has among its main tasks the deployment in foreign and escort theaters and security in medium-high risk embassies. 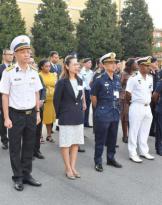 The ceremony was attended by international authorities, including Ms Jennifer Pulliam, head...
164
Read 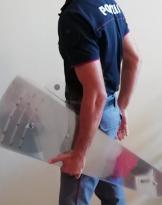 One of the most envied Italian characteristics in the world is precisely the ability to create. This primacy is not…
2137
Read 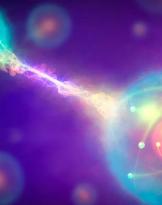 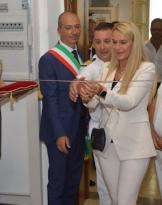 This morning in Chiavari the Undersecretary of State for Defense Stefania Pucciarelli spoke at the ceremony of ...
785
Read