The Hunters of Puglia are born 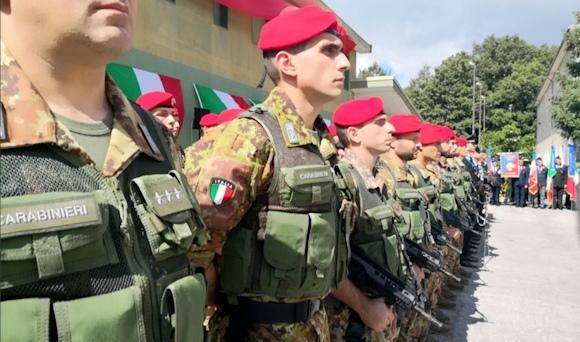 This morning, in Vico del Gargano (FG), at the detachment of the Air Force of the "Jacotenente" district, the ceremony for the establishment of the "Cacciatori Puglia" Carabinieri Squadron took place, in the presence of the Minister of Defense Elisabetta Trenta, of the Chief of Staff of the General Air Force of the air squad Enzo Vecciarelli and of the commander general of the Carabinieri Army Giovanni Nistri.

The new department is established, upon authorization of the Ministry of Defense, by the General Command of the Armory, with the purpose of integrating the action on the territory of the Carabinieri of the Territorial Organization of Puglia, strengthened by the experience gained in Sardinia, Calabria and, from 13 May 2017, in Sicily.

The Squadron established in Puglia will make the device of the Arma more effective in the most inaccessible areas of the Region, exercising a capillary action of territorial control through patrols and flattening, jokes and raids, checkpoints, listening and control posts, surveillance and patrols eliportati, search for captured.

It can be used in activities to combat the traffic and production of drugs, with particular reference to plantation crops in isolated areas, and support for special departments operating in environmental matters.

Moreover, for particular operational needs or particular emergency situations, the "Cacciatori Puglia" Carabinieri Squadron may contribute to temporarily integrate the device of the Arma into other Regions and to strengthen the services performed by the territorial Commands, with varying amounts of force.

Further competition may be given in rescue operations in the event of public disasters, as a first and timely intervention, and in the search and rescue activities of people dispersed in impervious areas.

During the night, the carabinieri of the ROS and of the Provincial Command of Milan carried out an Ordinance of ...
1181
Read