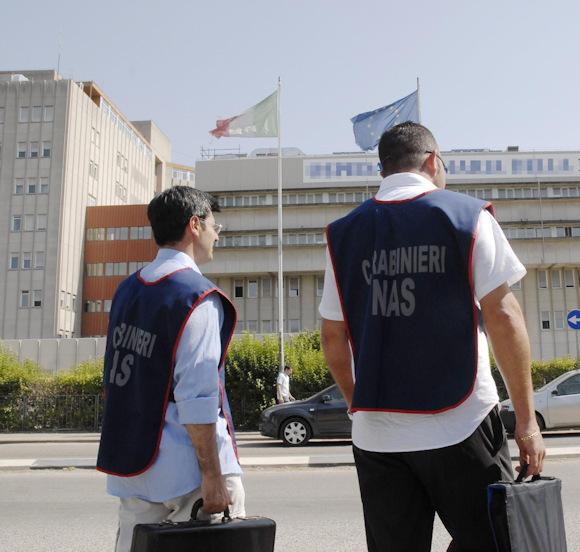 The Carabinieri Command for the Protection of Health, through NAS employees located in the national territory, constantly carries out a careful and targeted surveillance action at the health and social care accommodation facilities intended to accommodate elderly and disabled people. Already in 2019, 2.716 activities dedicated to reception and assistance were checked, of which 27% were subject to disputes for ascertained irregularities.

The inspection strategy continued in the current year with inspection access to 918 structures, attributable to assisted care homes (RSA), health-rehabilitation and long-term care centers, as well as various types of assistance activities such as retirement homes, communities accommodation and family homes. In the first four months of 2020, NAS audits revealed irregularities in 183 targets, equal to 20% of those checked.

The 212 disputed administrative irregularities concern structural, managerial and authorization inadequacies, such as the lack of professional figures suitable for the needs of the guests, the presence of a greater number of elderly people than the expected limit and the use of spaces and rooms lower than the minimum ones provided , situations detected especially in January, at the same time as the second part of the Christmas holiday period, during which the request for placement of the elderly increases.

Furthermore, criminally relevant situations were determined which led to the complaint to the judicial authority of 172 people, in particular managers and operators deemed responsible for abandoning the elderly and lack of assistance and custody, abusive exercise of the health profession and use of false certificates of possession of authorization to exercise and valid professional qualifications, such as nurses and socio-health workers. From January to today, 25 structures have been the recipients of measures for the closure or suspension of assistance since they were seriously deficient in health and construction matters, when not completely abusive.

With the progressive epidemic spread from Coronavirus, the control device implemented by this Specialty of the Weapon has also been remodeled in order to detect possible critical issues relating to the management of procedures and spaces reserved for possible cases of positivity covid-19, as well as the training of operators and their equipment of protective materials.

Starting from February, following the declaration of the state of emergency and the succession of the various containment measures, the NAS operated 601 accesses to the accommodation facilities, identifying 104 that did not comply with the regulations (equal to 17%), referring to the AG 61 people and sanctioning another 157, fined for a total amount of over 72 thousand euros.

In addition to the complaint of the offenses already described above, specific violations have been detected relating to compliance with workplace safety regulations, both as a lack of personal protective equipment and staff training in order to prevent their safety and, consequently , that of the guests.

Due to the serious structural and organizational shortcomings, suspension and closure measures were carried out against 15 accommodation activities, deemed incompatible with the stay of the guests, causing their transfer to other centers, in compliance with the national and regional procedures provided for the prevention of possible infections.

The legal representative of a retirement home deemed responsible for having housed elderly people with psycho-physical pathologies in a structure without the necessary organizational, structural and assistance requirements to assist non-self-sufficient guests is sanctioned to the Administrative Authority.

The structure has been closed and the elderly have been entrusted to their respective family members or transferred to adequate health facilities. The value of the tied amount amounts to over one million euros.

The lawyer responsible for a community housing for the elderly has been referred to the Public Prosecutor for having abusively activated a residential health care service for people who are not self-sufficient and suffering from psychiatric pathology. The Molise Region has ordered the suspension of the activity and the transfer of guests to other structures. The value of the suspended structure amounts to € 300 thousand.

At the end of an inspection, the closure of a nursing home for the elderly was ordered because it had no authorization. The 14 guests present were relocated to their families. The value of the infrastructure amounts to € 800 thousand.

At the end of targeted checks aimed at ensuring the correct provision of health and care services, 5 owners of as many elderly facilities located in the Umbria Region were reported to the competent Public Prosecutors. The checks made it possible to identify 65 "non self-sufficient" guests out of 89, deemed such by USL Umbria staff at the specific request of the Carabinieri. The escamotage allowed to circumvent the foreseen regional authorizations and reduce the qualified personnel for the assistance. In the course of the investigations, 43 general practitioners were also referred for drawing up false certificates of self-sufficiency in favor of their own patients, most of whom were judged already invalid by the INPS Commission for civil invalidity with the need for continuous assistance (so-called law 104 / 1992).

Reported to the competent Public Prosecutor's Office 7 professional nurses employed in a healthcare residence, believed to be responsible for having repeatedly administered to a guest, suffering from co-morbidity, numerous quantities of antispasmodic, antidiarrheal and antibiotic drugs, not prescribed by the family doctor. The medical director was also reported who omitted the required supervision despite being invested with the specific responsibility.

Dispute serious sanitation and structural deficiencies in a residential facility for the disabled in the province of Naples. In this case, the lack of operating authorization, hygiene deficiencies in the area of ​​food safety and safety in the workplace were found. The owner of the structure was reported in a state of freedom to the Judicial Authority and at the same time the immediate closure of the business was ordered by the local ASL.

At the conclusion of an investigation activity coordinated by the Judicial Authority, the legal representative, a professional nurse, three socio-health workers and a physiotherapist were reported for failing to supervise the correct assistance to elderly guests and not having implemented appropriate suitable measures to avoid adverse events against them, such as to cause the death of a patient hospitalized at the facility.

At the end of an inspection at an accommodation facility for the elderly, the Carabinieri of the NAS verified the start of operation in the absence of the envisaged health authorization. Furthermore, during the on-the-spot investigations, a person was identified and sanctioned for the failure to comply with the epidemic containment measures, because without valid reason, he had gone to the aforementioned facility managed by his partner, within which a case of contagion from COVID-19. All guests and operators of the facility have been placed in quarantine.

The NAS of Cosenza, following the reporting of a number of positive cases to the covid-19 virus, carried out a sanitation inspection at a protected home for the elderly and disabled located in that province (21 cases between guests and health workers) , already the subject of a union order "of total isolation and mandatory quarantine of all the subjects present in it" issued on 28.03.2020.

At the time of access, 15 partially self-sufficient elderly people were still hosted, of whom 11 positive, while 4 elderly people had been transferred to hospitals in the area. The inspection, while allowing to ascertain good hygienic-sanitary conditions and adequate supply of PPE to workers, highlighted a series of organizational difficulties due to the limited number of assistance workers and determined by the rigorous application of the ordinance which prevented the regular turn- over the 4 operators left inside.

The criticality was reported to the ASP of Cosenza for the immediate adoption of the relevant measures and the identification of adequate containment and mitigation paths.

An ordinance to suspend the authorization of a facility for the elderly and the immediate evacuation of the 21 guests housed, all positive to Covid-19, were carried out in collaboration with the local ASL Prevention Department, as following the checks carried out they emerged serious organizational deficiencies in the management of the structure. The elderly were all hospitalized in health facilities suitable for the treatment of the epidemic.

During linked checks, management irregularities and the absence of the required authorization in two accommodation facilities for the elderly in the Roman province were ascertained. The Health Authority ordered the immediate closure of the two social-welfare structures for the third age, managed by the same legal representative. The elderly guests were relocated to other authorized complexes. The value of the closed assets is estimated at 2 million euros.

A social-health worker employed by a retirement home deemed responsible for mistreatment of an elderly guest for having applied a restraint device (consisting of a pelvic band) was reported in a state of freedom, in daytime when instead she was authorized only for the night.