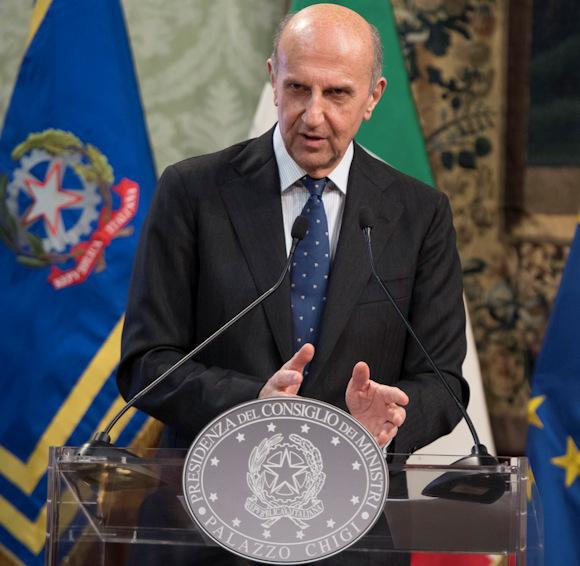 The attention is growing on telecommunications and cyber instruments, which can play a "fundamental" role also during the period of electoral activity, in order to avoid negative influences in voting activity in our country. This is one of the most relevant aspects that emerged during the presentation of the Annual Report on Information Security Policy, presented by the Director General of the DIS - Information and Security Department, Alessandro Pansa, this morning at Palazzo Chigi, in the presence of the President of the Council of ministers, Paolo Gentiloni.

"We detect a greater concentration of threats on cyber espionage: a little mentioned and evaluated aspect, as attention is concentrated on more visible aspects, but the real problem is the espionage that takes place through digital systems, the acquisition of information that is filtered and used by actors (all almost always of a structured nature) who take possession of them"Said Pansa. A real risk, the cyber risk, which in the 2016 led to the issue of the provision Gentiloni, which introduced some novelties such as the relocation of the Cybernetics Security Unit (NSC) within the DIS and attributed more powers to the Department.

An excursus of the work of the last ten years was covered by the general director in his brief speech, which however touched on the most relevant aspects of the activities carried out by the women and men of the agencies of DIS, AISI and AISE , of which Pansa said to be "particularly satisfied" because "they have shown great abilities" - he stressed the same. "In the last ten years we have been able to often give situational and contingent information to individual events, but succeeding in projecting our vision towards the future and of which I am particularly proud.".

Convergent intelligence data collected at the community level describe, according to the report, Europe as the fulcrum of constant attention of the global jihad for different purposes ranging from enlistment to logistics, to actual operational action. An analysis already emerged from the reports of the 2007 edition, "when it was already foreseen and evaluated the risk of the recruitment of the fighters who would leave for Syria from Europe for the attacks that would have been there on our continent"Explains Pansa. 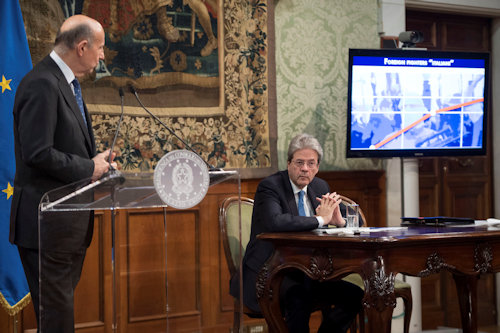 The director recalled when, in the 2008, the agencies spoke for the first time about the 'terrorist halo', a term that in the following years has entered the jargon as a "lone wolf", and of the "internet capacity in the management of propaganda" and the operational activities of these organizations ". Starting from the 2009, the threat is detected cyber: one of the main challenges with which the world of intelligence and the security world would have to confront. Until the last years in which particular attention has been paid to the evolution of the terrorist threat and terrorist organizations, which initially were a 'symmetrical threat' have become at the same time an 'asymmetric' threat, thus entailing risk situations growing for our country.

But the director general of DIS said he was particularly confident and could trust in the ability to analyze current phenomena and evaluate them in their future dimension.

In the 'highlights' section of the 2017 Report, the various 'trends' in progress or continuity with the existing ones were highlighted: "trends in the development of uncertain outcomes of terrorist phenomena such as the comparison of the economies of the various Western countries with those of the 'emerged' countries creates a real problem of competitiveness among them, putting at risk some aspects related to the economy". As is the case with the Mediterranean region, which continues to be a central area in terms of global strategy, an area that "for us it has a further value both because we are a fundamental part of it because we are a central country from a geographical point of view and not only"Explained Pansa himself. Therefore, elements of particular relevance will continue to be the North African and Middle Eastern quadrant. 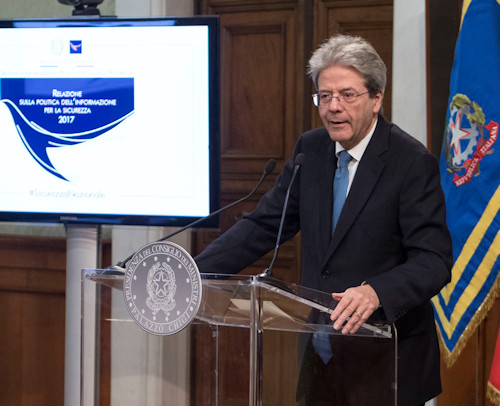 Among the 'alarms' launched in the Annual Report on Security Information Policy there is also the increasing spread of cryptocurrencies "prospects critical issues related to their potential use for money laundering, tax evasion, illicit export of capital and financing to terrorism", reads the document."Cryptocurrencies are only one of the possible applications of blockchain technology. In the 2017, a growing number of institutions and companies, especially in the financial sector, have started projects based on this technology with the aim of creating innovative intangible infrastructures that allow, among other things, to reduce the costs of securities trading operations. properties or values".

"Certainly there have been great successes, in particular that outlined by our intelligence ten years ago", That of ISIS, said Prime Minister Paolo Gentiloni, taking the floor after the intervention of Alessandro Pansa. "A terrorist organization that controls a territory, a specific threat that has been almost totally defeated militarily in Iraq and Syria. So there was no lack of good news, that then in this activity the good news is almost always not news, what does not happen"Continued the premier.

But this does not mean that the threat has been exhausted, far from it. "It is difficult for us to remember a period in which, at international level, not only in our region, there is a level of instability comparable to the current one". Therefore, the president of the council reiterated the desire to "continue working against the terrorist threat".