"I like to see the fire!": Arrested pirates from the carabinieri, surprised to put a fire in the city 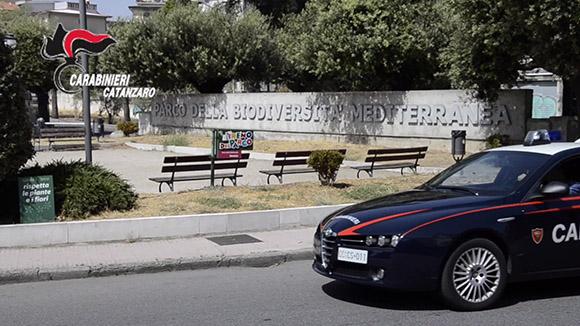 A normal working day for a brigadier of the Carabinieri Company of Catanzaro. It is about noon when the soldier, who is in civilian clothes and is going to work to undertake a patrol service, notices a man, his face partially covered with a hat and sunglasses, huddled in the brushwood near some houses but above all , on the edge of the Mediterranean Biodiversity Park, a vast green area of ​​the Calabrian capital, of about 60 hectares, dedicated to the typical flora and fauna of the Mediterranean area, in recent months repeatedly affected by fires. The brigadier, who is aboard his car, stops and descends, wants to see clearly why the man is unusually in that place and, above all, fiddles with something. Just the time to approach that the military sees the fire: a small pyre nearby is expanding and another has just been started. Having alerted the Operations Center to reinforcements, the brigadier constantly maintains eye contact with the man until, a few moments later, two Arma patrols arrive in the area, engaged in the area for the institute's prevention and repression service. offenses. The soldiers, now in force, can therefore immobilize the man and also take care of the two small fires that are tamed by means of luck. Securing the area, the man, an 33enne censored with drug addiction problems, is identified. The man confided to the soldiers of the Weapon that he had given vent as to his drive and to find pleasure at the sight of the fire. He was therefore arrested for the crime of fire.

Another fire that could have threatened and spread on Mount Pollino was thwarted by the police of the Rotonda Station (PZ), in the course of services set up in the Pollino National Park area aimed at fire prevention. To be blocked this time was a farmer from 49 years, surprised while he was intent on setting fire to the woodland spot.

For the technical surveys of the case the forest carabinieri intervened on the spot. The Parco del Pollino in this period is a destination for many Italian and foreign tourists. The Basilicata carabinieri will continue to be vigilant to protect this heritage as well.

During the night, the carabinieri of the ROS and of the Provincial Command of Milan carried out an Ordinance of ...
1127
Read