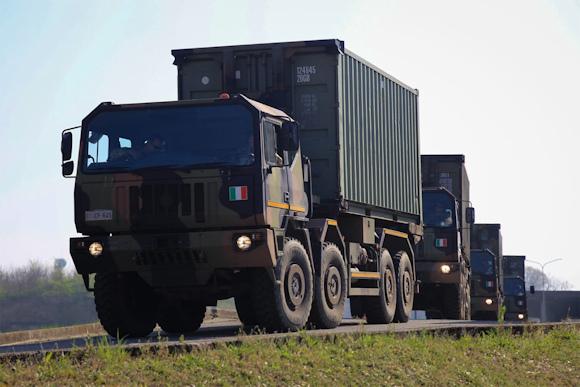 The Italian Army, always at the forefront of major national emergencies, is once again called upon to contribute, together with all the other institutions, to the contrast and containment of Covid - 19. In fact, the contribution of the soldiers continues unabated and intensifies who are working to set up two field hospitals in Piacenza and Crema in the province of Cremona in the shortest possible time. In the field hospital of Piacenza, in particular, where the construction work continued also during the night, the Armed Forces health personnel are expected to be employed, guaranteeing 40 beds, available to the national health service in that area.

The support that Army doctors and nurses are giving to the hospital facilities in Lodi, Bergamo and Alzano Lombardo (BG) as well as the medical facilities set up in Castelnuovo Bocca d'Adda, Somaglia, Codogno and Casalpusterlengo are very important, for a total of 86 units. staff to Army health personnel.

At the moment, about 80 citizens are hosted in various infrastructures made available by the Army, which guarantee 3.480 beds throughout Italy. 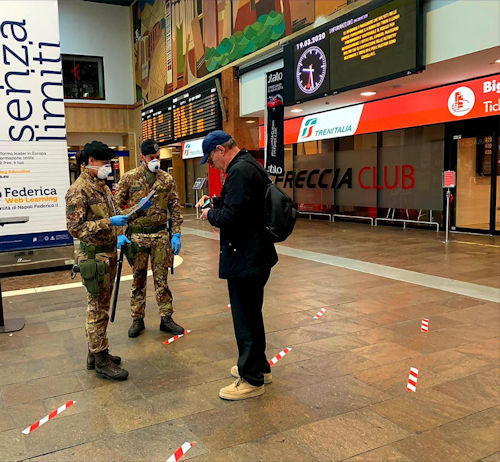 The Italian Army, responding to requests received from the prefectures of various areas of Italy where there are over 70 liaison officers, has made its staff available for the control of the territory and the application of the measures of contrast and containment of the epidemic.

In the provinces of Novara, Pesaro-Urbino and Trieste, checkpoints are already active for citizens who move; to this personnel are added the more than 7.200 soldiers engaged in the Operation Safe Roads throughout the country, ready to be remodeled in their service, to intensify checks on compliance with the rules issued by government authorities and available to the prefectural authorities.

Already from yesterday the remodulation of the service is underway in the Campania and Sicily regions and in particular in the city of Salerno an additional 60 soldiers will be employed for the control of the territory in support of the police.

An helicopter unit with "negative pressure" bio-containment stretcher was also made available in the city of Rimini for any transportation needs of COVID-19 patients in the area.

A constant and silent work of the Army personnel who in this period of emergency is confirming virtues such as courage, love of country and great spirit of sacrifice, qualities that have always characterized the Armed Force, in operations abroad and on national territory .

Today, in Turin, in the headquarters of the Royal Palace, the Deputy Chief of Staff of Defense, general of the army corps ...
111
Read