The Mossad alarm on possible terrorist attacks with APRs in our country: possible countermeasures 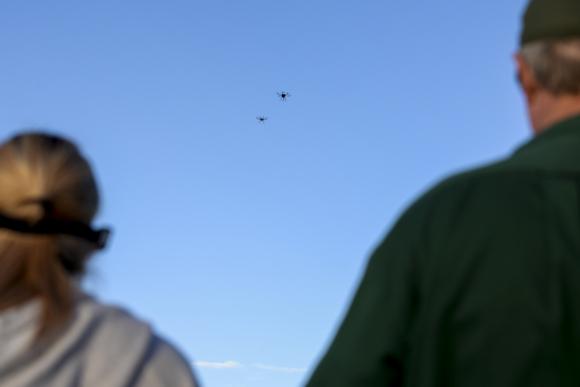 In the last hours, both from sources close to the secret services (Mossad in particular), and from journalistic ones (among many v.articolo), it would have leaked the news of possible terrorist attacks, also in our territory, by means of APR (Remote Piloting Aircraft) or UAV (Unmanned aerial vehicle), more commonly known as drones. In reality, this possibility had already been discussed on the eve of the opening of the jubilee year that had just ended, with the consequent interdiction of the Capitoline airspace and other measures implemented by the Air Force, together with the civil bodies deputies for transport and aviation safety (ie, ENAC and ENAV).

This time the alarm would seem even more concrete, especially if the news supplied by the Israeli secret services had been verified, of some small-piloted remote-controlled devices that, properly modified, in order to be able to be "armed", would have entered Italy .

Net of considerations regarding the political data of the question and regardless of reasoning on the probability of such an eventuality, as well as of the possible objectives, the one on which attention will be focused is - albeit with the necessary limitations dictated by obvious needs and from as much secrecy as more specific material - the current defense system against such threats.

Put simply, we will try to answer what many people are asking themselves these days: in the event of a terrorist attack with an APR (pardon, drone), are we unarmed or, on the contrary, can we respond or even prevent?

In principle, except for improbable technological developments, all remote-controlled vehicles, even small ones, can theoretically be identified ("Surveillance & Target Acquisition") by radar equipment, capable of picking up both the thermal radiation of the engines and the acoustic waves of the propellers.

Excluding, of course, countermeasures by means of bullets or missiles, which could have devastating effects if implemented on a built-up area, those that, more appropriately, would find application could then be of an electronic or kinematic nature.

As for the first, there would be the possibility of intercepting the video or command and control link (and, in many cases, also determining the exact position of the pilot who acts remotely) and, consequently, attacking the aircraft with the production of waves electromagnetic capable of interfering with its functioning (almost as if to exorcise the danger, it was surprising in June of last year the news that Bayern Monaco - known German football club - made contact with Rheinmetall, a leading company in the armaments sector, for the installation of an electromagnetic shield to defend the Allianz Arena, precisely following some intelligence news that warned - even there - of possible attacks on stadiums or in any case crowded places, by means of APR). 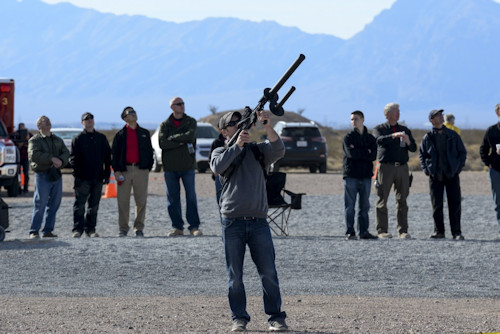 Another possibility could be to interrupt the radio link between the APR and the pilot, through "jamming" countermeasures: by means of frequency jammers (jammers, precisely), radio waves are emitted for the purpose of "Override", and therefore disturb and block, the transmission signals between the UAV and its operator. Among other things, if we consider that some of them, in case of interruption of connection with the pilot, are programmed to return automatically to the take-off point (the so-called "return to home" function), it would also be possible (provided that the GPS is also integrated on board) go back, as above, to the position of the pilot.

Interesting and very promising, again, was the experiment (recently conducted by South Korea), according to which the sound was used to deactivate the gyroscopes present within the APR and which are used to keep it in balance.

It is obvious to imagine that, on the other hand, there are not enough to operate - probably - unprepared people, and that therefore, in turn, they implement specific measures or countermeasures (for example, by detecting, with appropriate instruments, the existence of interferences caused from the aforementioned jammers, allowing them to be identified, or by performing flight trajectories which, by exploiting natural barriers such as trees, or artificial ones like monuments, can help avoid being intercepted or, in any case, making this very difficult).

The latter (those of a cinematic nature), instead, originate above all from the daily experience of the world police forces and vary in a rather wide range and, in some ways, bizarre, but which allows for having different options on one's side, in a war that promises to be ever more incisive and variegated, which would be nice to imagine without any side effects, but which perhaps, at best, could be conducted according to the principle of the lesser evil.

It passes, in fact, from the use of hawks and eagles used to intercept and capture UAVs, just as they would do with their prey (experienced, in Europe, by the Dutch police), to more technological methods, such as - to stay on the subject - the "robotic falconry" (an APR which strikes another APR, according to the experience of the Japanese police, or of the one that captures another by throwing a net at him, then causing it to fall), or that (experimented in some American penitentiaries, in stadiums and in government offices) of the use of special acoustic sensors with very high sensitivity that are activated when approaching a UAV, warning the surveillance personnel.

If this is the general picture, one cannot hide objective data, including: the isolated attacker, unpredictable or, more simply, lucky; the fact that with just a few hundred euros, anyone can buy a remotely piloted aircraft (even on the internet), equipped with a camera and GPS; the attack of swarms, difficult to counteract.

No one who is not "of the trade" can forget episodes that happened in the recent past, which demonstrate the unpredictability deriving from the use of these aircraft: that of the 2013, when a UAV, managed by activists of the German Pirate Party, managed to land near the German Chancellor Angela Merkel, during an event in Dresden.

Or the one who, in the April of the 2015, saw another protagonist taking the lead, carrying radioactive sand from the Fukushima nuclear power plant and landing on the roof of the Japanese prime minister's offices in Tokyo.

The APR can, at present, constitute a serious threat, therefore, in an overall scenario in which any means can become an explosive instrument (trucks, boats, cars or even animals), of radioactive contamination or, in any case, of death (it is not necessary that a drone is necessarily equipped with an explosive charge): from this point of view, besides the countermeasures of a technological nature, it would also be necessary to increase those of a legislative nature, perhaps with a crackdown even on the current legislation (for example, by prohibiting the sale, or restricting it to certain subjects / companies for specific purposes), and greater control over the flow of purchases (especially via the internet).

Of course, as things stand, it could result in "closing the barn after the oxen have escaped" but, even in anticipation of the ever faster technological developments on the subject, it would still be a step forward.