The Italian vision for a stronger European defense 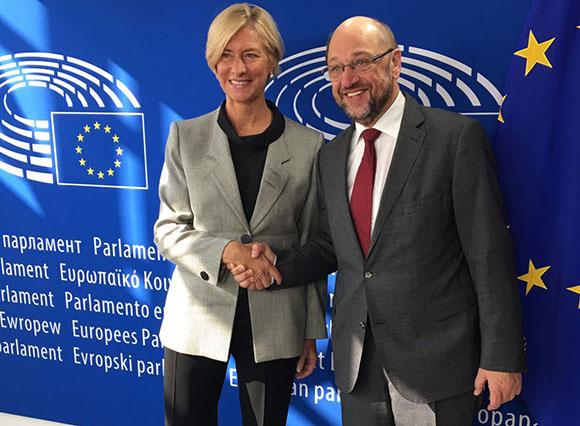 "Strengthening the common defense could accelerate our ability to create stability in areas and regions critical to our security, as well as making resource use more efficient. Furthermore, this would have a strong political impact as it would show that we are ready to relaunch European integration".

The document "The Italian vision for a stronger European defense", illustrated today by Minister Pinotti to Italian MEPs, contains the proposal of our country to counter the threats that come from both inside and outside our societies and that generate fear and uncertainty among citizens.

Italy does not ask for a European army - said Pinotti - nor to dismantle the defenses of individual states but to "put them together to make them stronger".

"Among the sectors in which we can and must change the context in Europe, the defense is one of the most challenging, but also of the most promising, "explained the Dicastery, underlining how indispensable it is to" create new political perspectives for common defense by acting quickly to strengthen our ability to act at the operational level and guarantee the availability of the appropriate skills".

The strengthening of the European defense dimension, he added, "it is not in contradiction or in competition with NATO". In reverse "a more synergic organization of the defenses of the different European states "would allow the EU to be a stronger and more manageable interlocutor even for NATO itself". 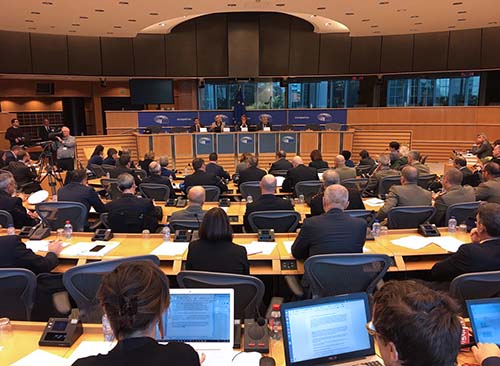 In summary, the document proposes military missions financed at the EU level, incentives and financing for the defense industry, activation of the articles of the Treaties that allow for the establishment of a European multinational force.

Developing a European defense means developing a shared and credible set of capabilities, of which the EU would retain ownership and management, and in addition to improving the ability to work together, it would guarantee a robust industrial and technological base. What matters most for the development of European defense is to identify the political conditions and the correct decision-making process for the use of these capabilities.

The Italian initiative first proposes a plan of fiscal and financial incentives for military cooperation projects. The idea is that research and industrial production are channeled into unique projects, or at least into projects financed by the Union. It also aims to stimulate the defense industry by introducing tax incentives. Secondly, Italy proposes that European civil and military missions be funded at the community level rather than by individual member states, as is currently the case. As for the battlegroups, EU funding is proposed. Italy also hopes for the establishment of a headquarters where European military missions can be discussed and decided, and recourse to the provisions already contained in the articles of the EU Treaties that would allow a group of states to integrate more closely into the plan of defense.