Collective intelligence, meeting with Undersecretary Tofalo to talk about blockchain 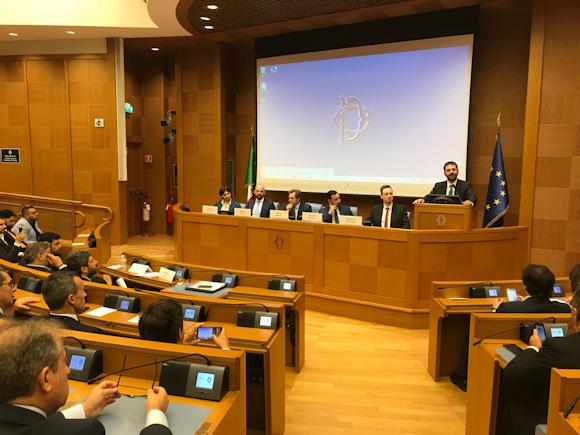 The seventh cycle event took place yesterday in the parliamentary groups' hall in Rome Collective Intelligence, organized by the newly undersecretary of state at the Defense Angelo Tofalo, during which they alternated experts in the field to talk about the operation of this new technology, fakenews and digital identity.

The president of the Chamber Roberto Fico has started the work emphasizing the importance of digital technologies that "can offer decisive support to allow the launching of innovative experiences of deliberative democracy centered on the active and informed participation of citizens in public decisions".

For the Undersecretary of Defense Raffaele Volpi, who spoke at the opening of the conference "we can talk about new technologies, of the future, but there are some elementary things to let people know what is done and that should not be neglected. Being close to the citizens also means using all the means that are there. It's not about high technology, but it's the first challenge".

After having spoken in previous meetings of the history of the secret services, of the functioning of the intelligence divisions at national and global level, of new threats and deepened the concept of security of the country system, thanks to the intervention of distinguished speakers, in this seventh event the theme main was the technology blockchain and possible applications in the field of intelligence.

Undersecretary Tofalo in the final conclusions said that "Blockchain technology, in a context of widespread participatory democracy, is an important tool for increasing transparency", Highlighting that"one might think of applying this technology to the procurement sector, where corruption and expenditure of public resources are more frequent". Finally, from Tofalo, comes the announcement of wanting to continue to continue this series of events: "Our commitment to spread the culture of safety will go on and we will also expand it to the Defense". The idea is to promote events too "to deepen the historical aspects of intelligence that characterize the Arma dei Carabinieri, the Navy, the Air Force and the Army".