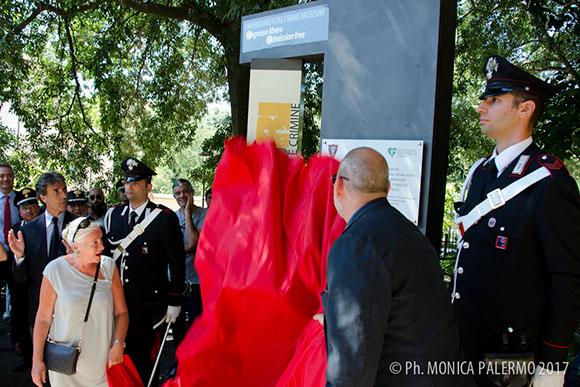 "It is an important initiative, it is one of those we have been implementing since, starting from January 2017, 177 with legislative decree XNUMX of last year, we saw tasks and personnel assigned that already belonged to the State Forestry Corps. As a custom of the carabinieri, we will try to do things well, with great determination, with great love. Making sure that the protection of nature, the knowledge of everything that must be preserved, is everyone's heritage. And above all of young people". This is how the commander general of the Carabinieri Tullio Del Sette summarized the aims of the Environment and Crime Museum (MACRI), inaugurated today inside the Bioparco of Rome. With Commander Del Sette, also the Minister of Agricultural, Food and Forestry Policies Maurizio Martina and the President of the Bioparco Foundation of Rome Federico Coccìa.

The structure, the first and only of its kind in Europe, is named after the great ethologist and environmentalist Danilo Mainardi. At the MACRI, 400 square meters, the various sectors in which environmental crimes are committed, from fires to traps, to the mistreatment of animals, have been reconstructed. Some sections are dedicated to the illicit trade in endangered species, be it snakeskin, ivory, shells, traditional medicine. Other showcases contain the tools used by the police to combat environmental crimes, including radioactive. 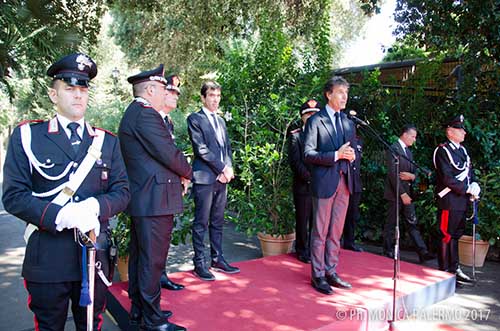 Only in the first half 2017, on more than 234 thousand checks, 4 thousand people were criminally punished, 55 arrests, 10mila fines. It is an alarming fact. And the MACRI is a window on this world, on the synergy between unity forest, environmental and agri-food protection of the Carabinieri, where the State Forestry Corps and institutions, municipal - the Councilor for the environment of the Capitoline junta Pinuccia Montanari was present - and governmental, represented by Minister Martina. The aim of the project is to explain to young people that maintaining the beauty of the world, of nature, of animals and the air we breathe, passes through legality.

"The museum of environmental crimes, in some ways, attracts the curiosity of the public. But since, I always remember, the final users of the Biopark are children, we have integrated this path as part of environmental education also for schools”, The president of the Bioparco Foundation Federico Coccìa began. "Today, this new project built together with the Carabinieri will start again, to let children know that environmental crime also exists. Animals are not only beautiful to look at, we let them know that organized crime can also be behind animals. The thing I particularly care about today is the fact that we dedicated the museum and it came naturally and spontaneously to Danilo Mainardi, one of the greatest connoisseurs and defenders of the environment, not just an ethologist. In some way, we owed him this homage". 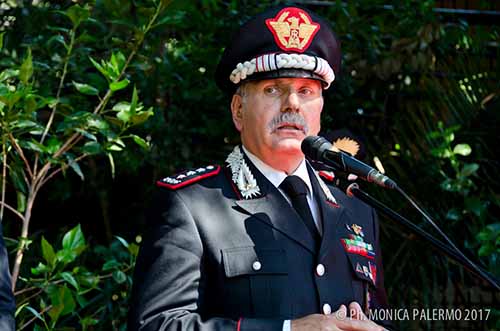 The unit commander forest, environmental and agri-food protection of the Arma, General Antonio Ricciardi, recalled that the MACRI already existed but was only an exhibition with reference to the dedicated legislation, while now it is dedicated to environmental protection at 360 degrees, "as in the tasks that the Carabinieri Corps has undertaken and that we carry out, first of all with the established command of forest, environmental and agri-food protection. The MACRI it serves to educate. So that children can in turn educate their parents, that they take responsibility for the fact that they are the ones who will have to leave the world to future generations. The MACRI it will give an idea of ​​all the damage that man creates to the environment of forests, waste, agri-food, but also of what the institutions do to protect nature. Hence, MACRI's ambition is to be able to be visited by thousands of children. with the thought that the museum, which represents an excellence, can expand with similar projects and in all the environmental reserves that the State has entrusted to our competence and that this education can be experienced throughout the territory".

The Minister of Agricultural, Food and Forestry Policies Maurizio Martina, thanking Arma for his work, also appreciated the dedication to Danilo Mainardi. "From personal experience - said the minister - as I told before to his wife and son, I received so much from the teachings of this extraordinary personality of our country and it is right that we remember the work, the sensitivity, the energy of this figure that has thrilled thousands of kids. It is right that we remember it in this place, building, in particular through this educational path, an ideal bridge between the history, professionalism and personality of Danilo Mainardi and what he left to the country and this place. Also because the common thread of this experience is only one, and it is the educational key, the knowledge of environmental issues, of the protection of a value such as that of animal and plant biodiversity which will increasingly be one of the great themes of the future". 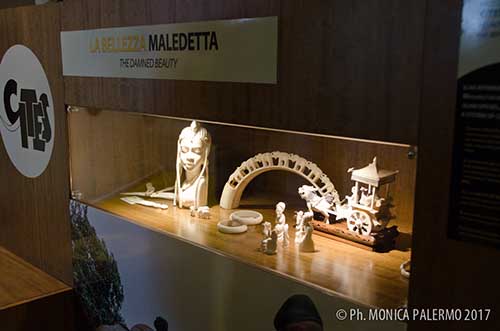 It is enough to see today, Martina added, what it means to discuss climate change, also from a political and institutional point of view, "to understand how much knowledge, information is needed, how much it is necessary to ensure that these are not limited to being questions for professionals but become, more and more, major issues of public debate among citizens and especially with children and children, the Italians of tomorrow. This is our mission! And it is everyone's responsibility, from the citizen at home to institutions of every order and degree and in all territories, even with actions to contrast a criminal phenomenon that is always changing. And here it is shown how strategic the choice we made was, in particular with the State Forestry Corps which merged into the Carabinieri, is crucial. Because it gives the dimension of how institutions must change their instruments of contrast, promotion and protection, follow the evolution of these phenomena, moving forces, making them more and more professional and capable of following the changes in crimes. I can assure you that, already in these few years that I am a minister, the evolution of the criminal phenomenon in relation to agricultural, agri-food and environmental issues has changed a lot. There are news that, at times, escape their immediate reading, which instead we need to understand, always better and quickly".

"I see this work that has been done as a starting point for the commitment we all have to promote, in the coming years. Because, after all, discussing environmental issues and safeguarding the planet's biodiversity means building a piece of citizenship. We are not citizens of this country or of the world unless we understand that the true future of individuals passes around these subjects", Concluded Maurizio Martina. 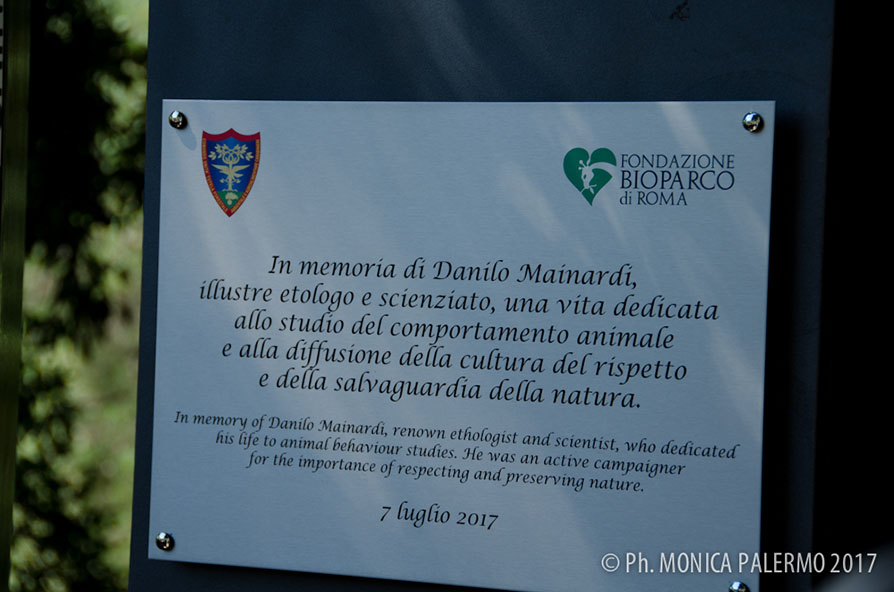 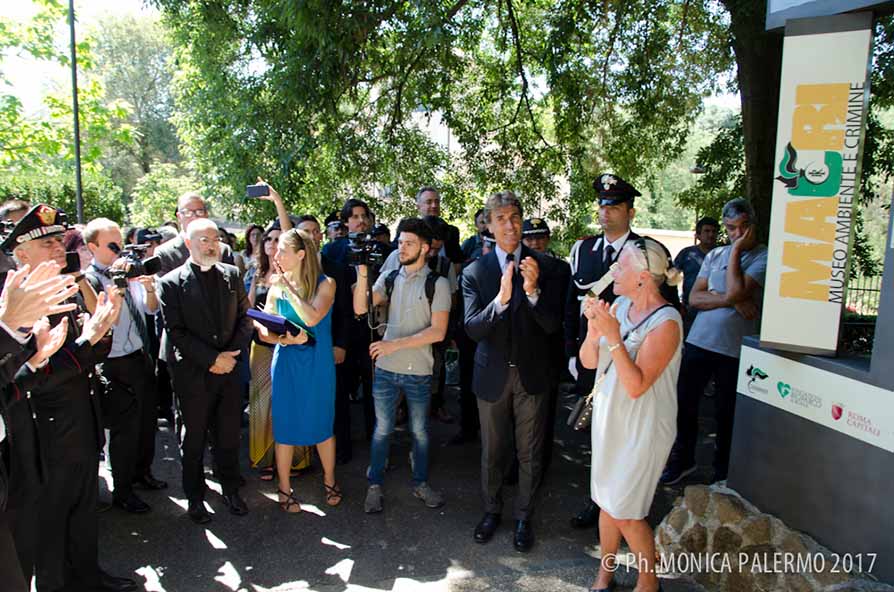