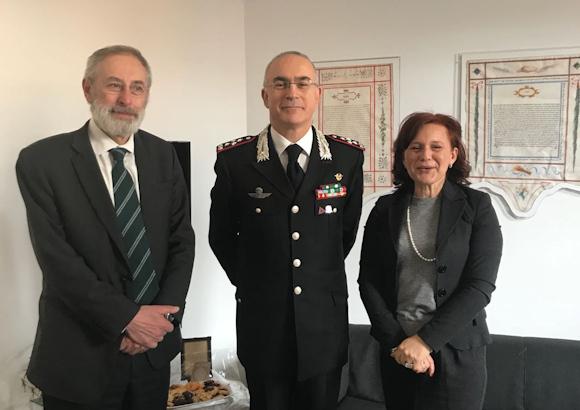 During the meeting, the leaders of the Community addressed to the commander general Nistri the best wishes for the prestigious task assigned to him and reiterated the gratitude of the Jewish institutions towards the Carabinieri weapon that guarantees the safety of Jewish places of worship.

Several topics are at the center of the meeting, including the importance of the Jewish presence in Rome and the long and lasting relationship between the Jewish Community and the Carabinieri.

During the night, the carabinieri of the ROS and of the Provincial Command of Milan carried out an Ordinance of ...
1129
Read